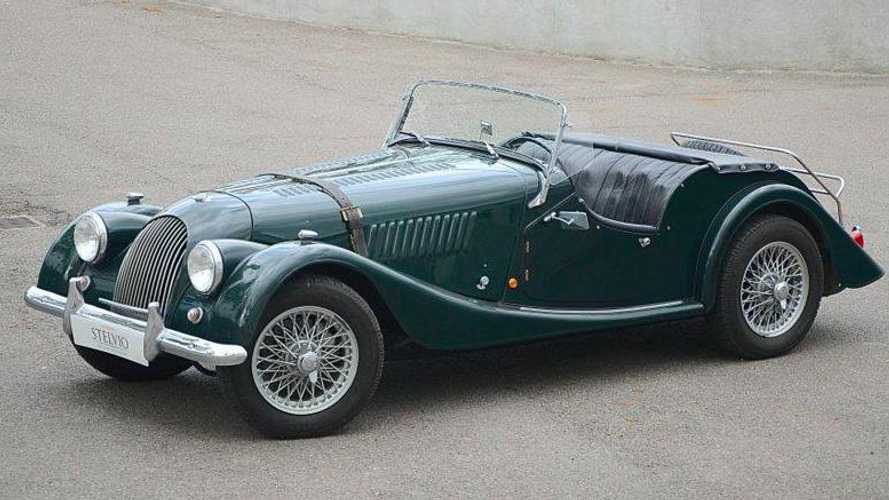 As one of the most recognisable classics at any price, the Plus 4 is great to own – but buying can be fraught with danger. Here’s what to look for

There’s nothing quite like a well heeled Morgan. Guaranteed to raise a smile with any bystander, one of these in good condition is exciting to drive, bursting with charisma and (in four-cylinder form) brisk enough on the modern road without being a risky handful.

The perfect example is Morgan’s Plus 4, built on and off since 1950 in two- and four-seater forms. Always that bit perkier than the entry-level 4/4, the Plus 4 is also more affordable to buy and run than the more prestigious Plus 8 that took over in 1968.

As with all Morgans, the Plus 4’s construction is archaic, which means repair costs tend to be very high. As a result, there are plenty of Plus 4s that need significant work – although they may appear perfectly serviceable at first glance. Avoid one of these, find a car that’s genuinely in excellent condition, and you’ll love it – but such cars are rarer than you might think.

Your AutoClassics Morgan Plus 4 inspection checklist

The first-generation Plus 4 (1950-1968) featured Standard-Triumph powerplants, spares for which are generally readily obtainable. There are no inherent weaknesses; just make the usual checks for overheating and general wear, such as rumbling bottom ends, noisy valve gear or heavy oil consumption.

The second-generation Plus 4 (from 1985) featured Fiat 2.0-litre twin-cam engines; just 120 were built before the Rover twin-cam arrived in 1988, lasting until 2000. First came the M16 unit, but from 1992 the T16 powerplant was used; with both, check for head-gasket leaks. It’s also worth swapping the cambelt as a matter of course, unless you know it’s been done recently.

You’re unlikely to find a high-mileage example of one of the newer generation of Plus 4s – not one that’s done enough miles to wear out its engine, at least. However, neglect and a lack of use are possibilities, so make the usual checks for wear and overheating.

A Moss gearbox was fitted until 1969; Fiat or Rover transmissions were used in later Plus 4s. Whatever transmission is utilised, listen for rumbling, check it doesn’t jump out of gear and make sure the synchromesh isn’t tired. Spares to rebuild the Rover transmissions are still available, but some Fiat bits and many Moss parts are now scarce.

Propshafts are long lived, but ensure the differential isn’t whining or leaking oil; leaks are common. Unless the fluid is topped up regularly, the unit will run dry and wreck the crown wheel and pinion. The diff’s lifespan will have been increased if its oil has been renewed every 5000 miles.

Parts for the Salisbury diff are scarce, but specialists can rebuild your existing unit for you – at a price. However, only bearings, gaskets and seals are available; if a new crown wheel and pinion or any gears are required, you’ll need to convert to a BTR axle, which is very expensive.

Play in the cam-and-peg steering box is normal, especially in the Burman-made system fitted until 1968. Tyres got wider as the Plus 4 evolved, putting more strain on the box and thus causing it to wear ever faster. Later cars got a Gemmer-made box, which can be fitted in place of the earlier item; it’s lighter in use and lasts longer.

Heavy steering points to worn track-rod ends; they should be greased every 5000 miles, but new ones are sealed for life. If there’s play in the steering column, its universal joint has probably worn, but replacements aren’t costly. Play could also point to a worn upper or lower plastic bush; this is a specialist job to fix, with fit-and-forget columns available.

The sliding-pillar suspension works well if the kingpins have been greased every 3000 miles – although even then they won’t last more than 25,000 miles. The rear suspension sags once the leaf springs have worn, but replacements aren’t costly. More significant are leaks from the lever-arm dampers, which are often swapped for telescopic shock absorbers to improve the handling.

A caring owner will have fitted a remote greasing point for the front suspension, which allows the set-up to be lubricated from under the bonnet.

The Morgan’s pre-war-originated construction is complicated, and major repairs aren’t for amateurs. At the heart of a Plus 4 is an ash frame covered by aluminium or steel panels. The problem is that a rotten car can look very presentable, and replacing some timber sections requires the whole vehicle to be dismantled.

From 1986, the wood was treated and the wings were painted before, rather than after, being fitted; it’s how the car has been stored that makes the biggest difference. Anything that involves dismantling the panelling is big money, and if new wings are needed the bill will be inflated further. Also, panels such as wings and bonnets are supplied for an approximate fit; making them fit properly is a skilled job that requires plenty of labour.

Begin your assessment of a potential purchase by holding the door along its trailing edge and seeing how much vertical movement there is. Worn hinge pins are cheap to replace, but fixing a rotten timber structure is very expensive. Check for give in the B-post (elbow rail in Morgan parlance); there should be very little, but significant rot isn’t rare, especially in four-seater models. Sometimes a new bodytub is more cost effective than lots of localised repairs; this comes as a panelled ash frame with doors but no bonnet, rear panel or wings.

Each wing edge is rolled for strength around a steel wire, which causes electrolytic corrosion in the case of alloy panels; things are a little better with steel panels.

The chassis is simple, durable, and strong enough if it’s not rotten. Until 1986 the platform was merely painted – galvanising was optional after this date, and standard from 1997. The most common rot spots (on non-galvanised frames) are the crossmembers, especially the one at the back, with replacement being a major job. The chassis can also crack around the engine mountings.

Accident damage is also common, with repairs often bodged. The crossframe, at the front of the chassis, carries the suspension. A whack will bend this, so make sure the car pulls up straight, and get underneath to look for signs of an impact. If the chassis has distorted, the car will need a complete (and very costly) rebuild.

All Plus 4s have a hood and ideally a tonneau. Then there are the seats, door trim panels and carpets – all of which are exposed to the elements if the car has been run in all weathers. Make sure they’re not rotten or torn, and check that any stitching isn’t coming apart. Because of the handmade nature of these cars, everything has to be constructed specially, but it’s all straightforward for a skilled trimmer.

The earthing strap that connects the battery to the chassis can corrode, especially on two-seaters, which have the battery at the back of the car. The symptom will be a starter that struggles to turn the engine over. Most electrical items are cheaply available; the Lucas rocker switches from 1976 are the key exception to this. These incorporate warning lights, and their contacts fall apart; replacements are scarce.

There’s no reason not to buy a Morgan Plus 4 – if it’s a good one. Steady increases in value will normally offset any running (but not restoration) costs, while these simply engineered sportsters are great fun to drive, if hardly the last word in performance, comfort or refinement.

Buy one of the newer models and you’ll get a better driving experience – the gearchange, steering, ride, performance and economy are all improved. Realistically, it’s one of the newer Plus 4s that you’ll end up, with as older Morgans of any kind are generally in short supply.

However, the older Plus 4s exude charm and are tremendous fun to drive – but anything that hasn’t already had a full restoration by a recognised marque specialist will almost certainly need significant work in the near future.

Focus on the car’s bodywork and structure when buying; the mechanicals will generally be the least of your worries, as even the cost of a full engine or rear axle rebuild will pale into insignificance compared with the cost of major bodywork repairs.

Hunting down that perfect Morgan Plus 4 for sale?

Have a look through the AutoClassics classifieds - we have loads of Morgan Plus 4s in need of a loving home...