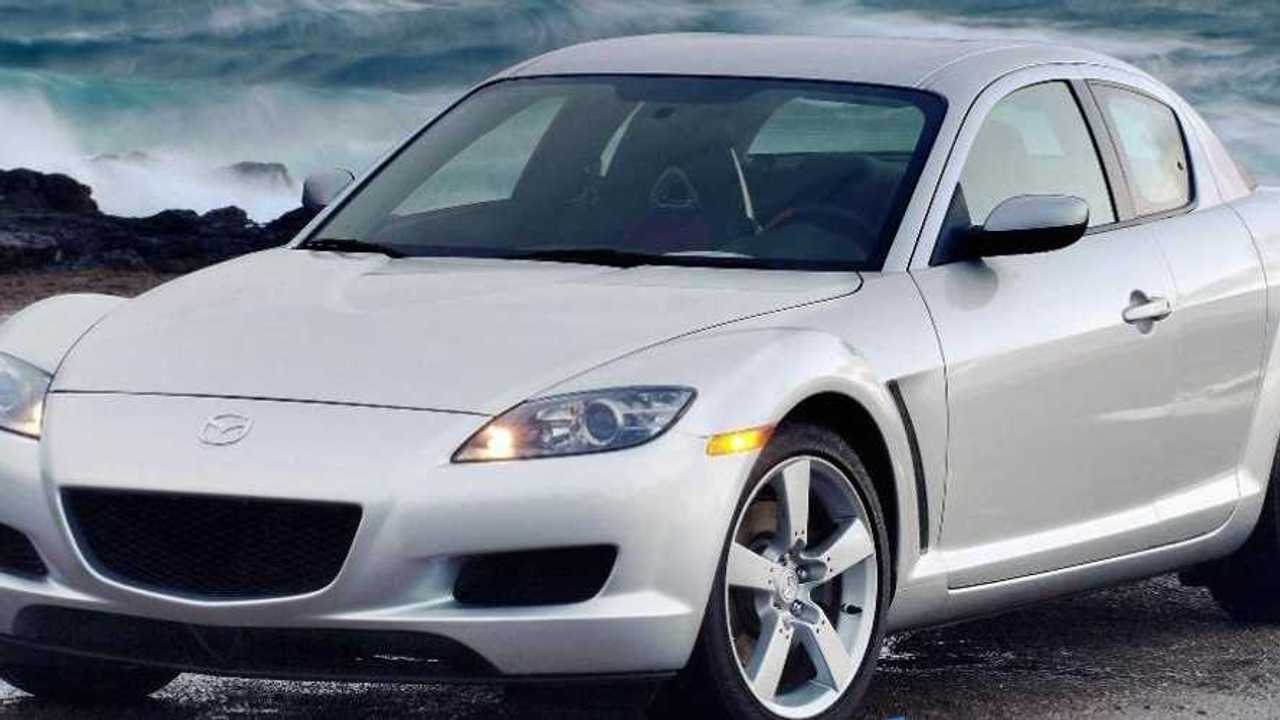 Unbelievably, ridiculously cheap. Like, under a grand in some cases! So is the rotary-engined Mazda pure trouble or the ultimate performance bargain?

Modern cars are boring. How often have you heard that? It may often be true, but for every rule there are always exceptions – and in this case, the RX-8 is one such example. Mazda is renowned for taking risks, and over the years it’s produced some brilliant cars that nobody else would have dared to make. The RX-8 is a case in point, with its front-mounted ‘Renesis’ rotary engine, rear-hinged ‘Freestyle’ back doors and rear-wheel drive.

That rotary engine allowed Mazda to create a car that’s much sleeker than more conventional rivals. It’s not the most frugal powerplant, though, and you have to explore the red line to make progress because it’s not over endowed with torque at low revs. However, if you want something interesting and great to drive that you can use every day, then look no further.

All RX-8s have a 1308cc twin-chamber rotary engine in either 189bhp or 228bhp form. The higher-output model’s extra power is largely thanks to a redesigned intake system, although a revised ECU allows it to rev to 9000rpm; the 189bhp edition runs to 7500rpm.

Codenamed Renesis, the Wankel engine is designed to use 0.25 litres of oil every 1000 miles. More oil is used when the engine is under load, so on track days the consumption will be higher; it’s much lower when cruising on a light throttle.

Officially, the sump should be filled with Mazda’s semi-synthetic 5W30 Dexelia lubricant. However, most specialists recommend a 10W/40 oil for better pressure as main bearings have been known to wear out otherwise. A fully synthetic oil shouldn’t have been used as it doesn’t burn properly, leading to carbon deposits.

Cars built up to the end of 2004 could suffer from the engine flooding if quickly switched on then off again, because of the way the ECU was programed to get the motor quickly up to temperature. However, this set-up led to cars failing to start, and Mazda issued a recall to fix things; it’s worth checking the work has been done. Some cars still flood, but hotter spark plugs help.

There are four coil packs; these should be replaced every 30,000 miles to avoid misfiring, which leads to the engine seals deteriorating and compression loss. A genuine coil pack will have the part number embossed in the plastic; this should end with a C, while the original (flawed) designs have an A or B suffix. Fakes can be convincing; sub-standard pattern and counterfeit coil packs are common.

Poor compression isn’t unusual. Specialists can check this with a meter, while a cheap and easy way of diagnosing a wrecked engine is to try to start it when hot. Bear in mind that this can be masked by fitting an uprated starter motor, though. Good used engines are scarce, but not especially costly when they do turn up. Just don’t buy anything without first performing a compression test.

A float inside the coolant-expansion tank illuminates a warning light on the dash when it sinks; disconnecting the sensor won’t affect the ECU, and checking the coolant level manually is easy enough.

The oil-filled rubber engine mounts fail, especially on the offside due to the exhaust manifold’s proximity. The rubber breaks up, leading to crunchy gearchanges as the engine physically drops.

Inside the front bumper are twin oil coolers, along with a heat exchanger for the air-con; these get hit by stones, leading to broken fins. This damage is only cosmetic, but the oil-cooler pipes can corrode and split, especially on the nearside. There are three steel pipes (engine to cooler, cooler to cooler, cooler to engine); the first is usually the problem, and replacing just this one is normally all you need to rectify issues.

Some RX-8s have an automatic transmission, but most feature a five- or six-speed manual. All gearboxes are very strong, yet some GL5 oils can cause problems with the baulk rings of the six-speed box, so check that the service history shows GL4 as having been used. GL5 is fine for the five-speed transmission, though.

The MX-5 unit fitted to the R3 can suffer from tired synchro rings on fifth and sixth gear. If you can feel crunching when selecting these particular ratios, prepare for a gearbox rebuild or finding a used replacement transmission.

Clutch wear can be an issue, especially on hard-driven RX-8s. Clutches have been known to give 80,000 miles of service, but track use can cut this by two-thirds, so feel for slipping under acceleration.

When the RX-8 was facelifted in 2008, it was given a lower-ratio diff (4.777:1 instead of 4.444:1) to improve acceleration. To compensate for this, the six-speed manual gearbox got a taller top-gear ratio to maintain fuel economy.

The electric power steering should feel light. If it doesn’t, vented coolant may have fouled the electrical connectors under the vent tube, or the steering UJ on the rack may need regreasing to free it up. Both are simple fixes.

If the sliding pins in the brake calipers have seize up, the carrier has to be refurbished. New pins are cheap, and fixing things is a DIY job.

Widespread corrosion shouldn’t be a serious issue, although some localised areas can rust badly. The sills are the biggest problem areas, as they rot from the inside out, along with the rear wheelarches and around the central brake light.

The plastic bumpers crack easily; check the corners in particular for evidence of poorly repaired damage. The aluminium bonnet and rear doors dent easily, while poor paint adhesion can also be a problem.

Crash damage is a strong possibility, so invest in a history check and analyse the boot floor and inner wings for signs of rippling. The shut lines should also be tight and even; if they’re not, it’s likely that the car doesn’t wear all of its original panels.

The cabin tends to last well, but the front seat bolsters wear. Also, these chairs can get bashed about by people getting in and out of the rear compartment. Check the outer edges of each front seat for wear from the seatbelt, which is anchored on the back doors. Leather trim is common, but it’s quite plasticky.

All RX-8s came with climate control, which occasionally needs to be regassed. Electrically adjustable and heated seats are common, and while they’re usually reliable it’s worth checking everything; missing controls are common, but replacements are readily available.

The 189bhp RX-8 came with halogen lights, while the 228bhp model got xenons. The latter also came with washers and are self-levelling. The self-levelling set-up can fail, but a replacement sensor is cheap.

The RX-8 is a superb driver’s car that’s family friendly, looks great and represents astonishing value for money. Bearing all that in mind, just why wouldn’t you buy one? The simple answer is that the odds of landing a duffer are quite high, but nothing is that costly to put right. Even if a new engine is needed it won’t break the bank, although you probably won’t get your money back come resale time.

Autos are best avoided, as the manual gearbox is one of the things that makes the RX-8 so enjoyable to drive. Predictably, the high-power RX-8 is the one to go for, while any car that’s had a few sympathetic upgrades is also very desirable.

Few of the special editions are especially worth seeking out, although the PZ is more sought after thanks to its improved dynamics courtesy of overhauled suspension and some styling tweaks to give it even more presence. The 40th Anniversary special edition of 2007 is also sought after, thanks to its Bilstein suspension, upgraded interior and sportier exterior design.

In the UK, the RX-8’s youth means it’s taxed according to its CO2 emissions, and because it’s rated at anywhere between 267g/km and 299g/km it’s in the top road tax band. For cars registered up to 23 March 2006 this is capped, but for anything later you’ll be stung for a hefty fee each year.

After the perfect Mazda RX-8 for sale?

Look no further! AutoClassics have a number of Mazda RX-8s for sale in the classifieds.