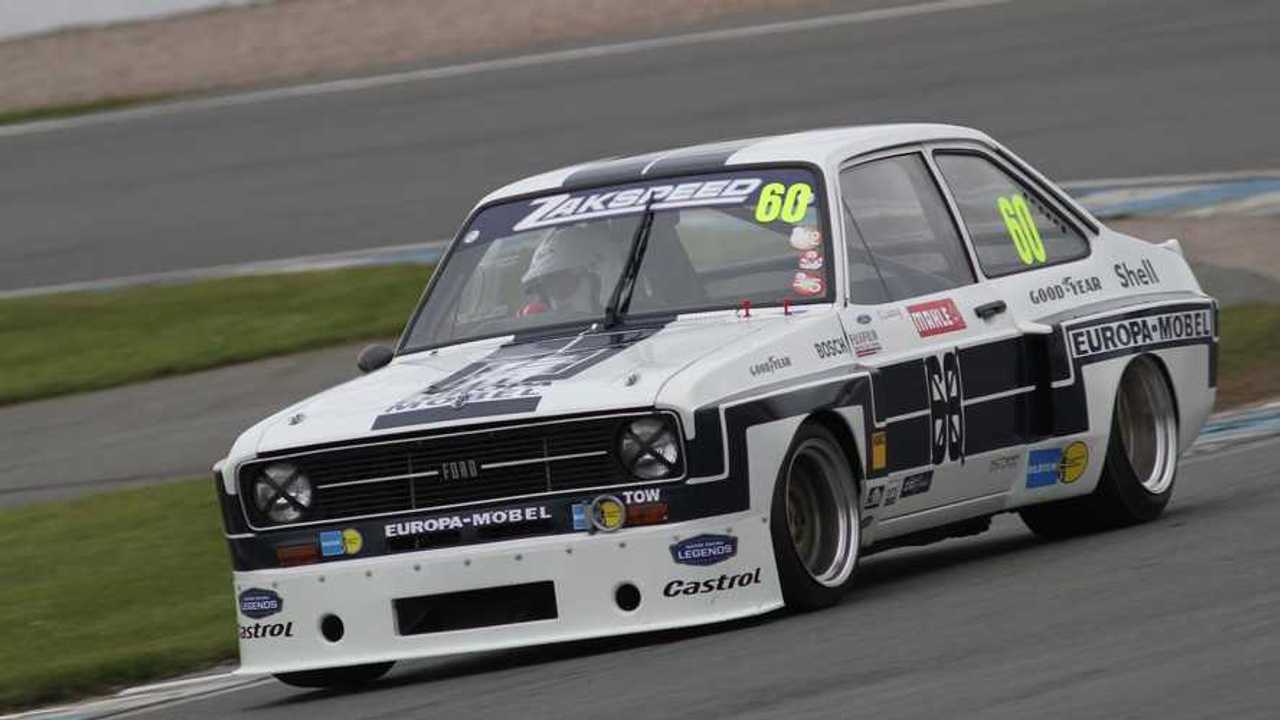 The Historic Sports Car Club will mark 50 years of the Ford Escort in saloon car racing with two special one-model races at Brands Hatch on September 23.

The races on the Indy circuit will be open to a wide range of race-prepared Escorts and it is hoped to also attract iconic special saloon examples on the grid.

One of the best-known race Escorts will be there as Henry Mann from Alan Mann Racing will take ‘XOO 349F’ – the ex-Frank Gardner Mk1 1968 British Touring Car. Although not able to race, the iconic red and gold car will run some demonstration laps.

Grahame White of the HSCC said: 'We thought it was appropriate to mark 50 years of a car that has had such an impact on the sport. We also hope to attract some former Ford Escort racers to join in the celebrations.'

Sixty years of the British Rally Championship and 50 years of the original Ford Escort Mk1 twin-cam will be the key themes of the Castle Combe Rallyday on Saturday September 22.

The RAC British Rally Championship was created in 1958 when Ron Gouldbourn and Stuart Turner took the title in a Triumph TR3A.

A decade later the Ford Escort Mk1 made its rallying debut and the early twin-cam will be celebrated.

'Everybody loves the Mk1 Escort,' said event organiser Tom Davis. 'There’s so much history about this car and so much of it is relevant to Rallyday. We’re delighted to reveal we will be paying homage to the original Escort twin-cam.'

Three major historic race series from the Motor Racing Legends organisation will be central to the Thruxton 50th Anniversary Celebration meeting on June 2/3.

The Royal Automobile Club Woodcote Trophy, the Stirling Moss Trophy and the Historic Touring Car Challenge will take many cars and drivers to the Hampshire track for the first time. Grids of pre-’56 sportscars, pre-’61 sports-racing cars and pre-’91 touring cars will be major attractions.

Duncan Wiltshire from MRL said: 'We are excited about our inaugural visit to Thruxton in the summer to help them celebrate this milestone anniversary.'

Going into its third season with championship status, the calendar will include a return to Goodwood after the Sussex track dropped off the 2017 schedule. The sprint at Goodwood will be round six on August 18.

Two visits to the Prescott hillclimb course include the season finale on September 29 while the Loton Park weekend (September 8/9) will be a double-header with a round each day. The annual visit to Shelsley Walsh will be on Sunday July 1.

The new AGBO Historic Stages at Weston Park on Saturday March 17 will cover 10 stages and 25-30 stage miles for a maximum of 70 cars. The modern section of the popular Shropshire event will run the following day. Entries for the Historic Stages will open online at 0900hrs on January 14.

As well as a debut visit to Thruxton in June, the Historic Touring Car Challenge will return to the Oulton Park Gold Cup meeting at the end of August. The booming series, which features Rovers, Capris and Camaros, will have four races in the UK before the season finale in October at the Algarve Classic Festival.

Regulations for Rally North Wales (March 24) are due to be released at Autosport International at the NEC in January. The Dolgellau-based rally will be the opening round of the MSA British Historic Rally Championship as well as the new BHRC2 sub-set for Category 1 and 1600cc cars. It will also be the first rally running to the new Rally 2WD format and demand for entries is expected to be high.

The Classic Touring Car Racing Club will run its portfolio of championships at eight race meetings this season. The CTCRC package takes in seven main categories ranging from pre-’66 to pre-2005 classes. The schedule starts at Silverstone on March 24/25 with a televised meeting on the national circuit and finishes at Brands Hatch in late October.

More than 100 pre-war cars have already entered the tenth anniversary edition of the Flying Scotsman, one of the longest and toughest rallies for cars built up to 1939. The event will start from Brooklands on April 26 and finish at the Balmoral Hotel in Edinburgh four days later, with a route that pays homage to the inaugural event in 2009.