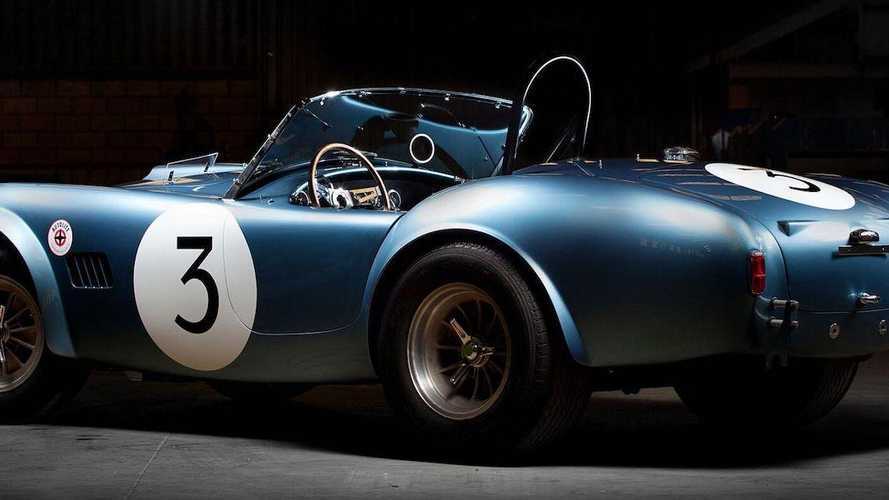 Shelby will honour its 1960s racing history, and Bob Bondurant's successes, with the continuation of Cobra and Daytona Coupes

The continuations will be built by Shelby’s Legendary Cars department – which has previously released a continuation of the GT40. Based on the cars he drove, the new project will honour 1965 World Sportscar champion Bob Bondurant. Each will carry a CSX2000 serial number.

In 1963, Bondurant joined Carroll Shelby’s racing team for the final three races of the season. He won all of them in a 289 Cobra.

The FIA Shelby Cobra continuation roadster is based on CSX2345, which competed in seven FIA events – more than any other convertible. It scored five victories and is the only Cobra to compete in both the 1964 and ‘65 racing seasons in Europe. Recreations will be available with either fibreglass or aluminium bodies.

The Bondurant edition Daytona Coupe is an historically-accurate continuation with leaf spring suspension, tube frame, and thin wooden-rimmed steering wheel. They will also feature modern disc brakes, aluminum bodies, updated and strengthened frames and a racing interior. Shelby will offer the Cobras in three liveries used by Bondurant during his racing career.

‘I’m very proud to have been behind the wheel when we won the FIA World Championship,' said Bob Bondurant. ‘That victory was for everyone in America. I loved driving any version of the Shelby Cobra, from taking a roadster up a tough hillclimb to hitting close to 200mph in a Coupe on one of the high-speed tracks. The Shelby American team was incredible as they made the Shelby Cobra a dominating racecar.’

Although cars will be supplied without an engine or transmissions, Shelby is offering customers a ‘turn key’ car, the prices of which range from $149,995 for a fibreglass roadster to $394,995 for the aluminium Daytona Coupe.

Owners will also receive driver tuition at the Bondurant Racing School, which has trained over 500,000 drivers since it opened in 1968. The school is located at the Wildhorse Pass Motorsports Park and is set for renovation to celebrate its golden anniversary following which it will connect its two current tracks to create a three-mile, 26-turn proving ground with 11 possible configurations.

‘He was one of the first and most successful Shelby American drivers during the 1960s. Bob helped America win its first and only FIA Sportscar World Championship and we felt it appropriate to honour that important achievement as he prepares to celebrate the 50th anniversary of his world-famous driving school.’

The cars will be introduced over January 12-21 at the Barrett-Jackson auction in Scottsdale, Arizona.