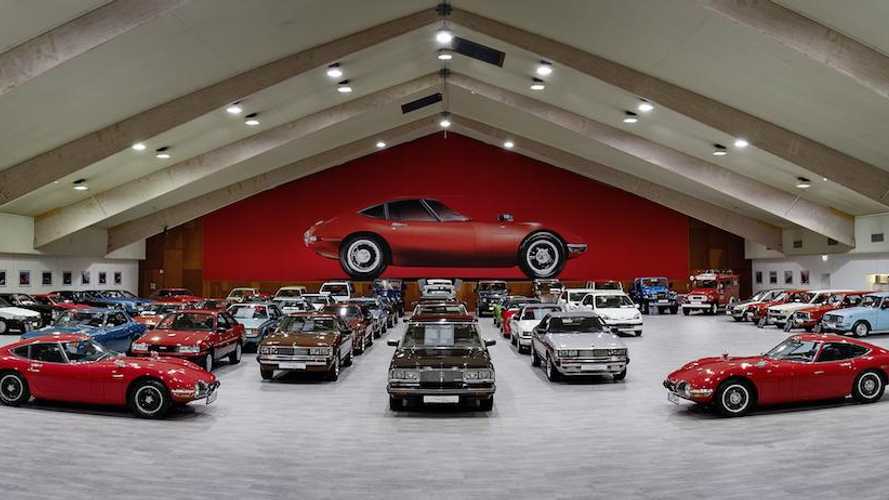 Superb private collection of Toyotas is now open to the public in Cologne, Germany, free of charge – but only once a month

The Toyota Collection facility in Cologne (Köln), Germany, is opening its doors to the public for the first time – though currently only on the first Saturday of each month, between 10am and 2pm.

The collection is well worth viewing, and the entry into the former indoor tennis court complex, built for Toyota employees, is free of charge. Sixty-seven cars are on display, and they all come from the private collection of Peter Pichert of Passau, one of the first 28 Toyota dealers in Germany.

Peter started collecting Toyotas in the late 1970s, and in later years imported a number of extremely rare examples from Japan and the rest of the world. The first Toyota he ever sold was a Corolla in 1971, for the sum of 7650 Deutschmark. Many years later he found the very same car, in a dilapidated condition, in a barn, bought it back and restored it painstakingly to showroom standard.

It was the first exhibit in his private Toyota museum opened in 1994 in Hartkirchen am Inn in Lower Bavaria, which over years developed into one of the largest collections of cars by the Japanese brand outside of Japan. The fact that early Toyotas imported to Europe suffered from serious corrosion issues means that even bread-and-butter models have become very rare with the passage of time.

Apart from the mass-produced Corolla, whose numerous variants adorn the collection, Pichert went for true rarities as well, such as the 2000 GT sports car, made famous by the appearance of a special roadster model in the You Only Live Twice Bond movie, and produced in small numbers, with only 351 made.

James Bond's spirit appears in the Collection once again, as a Land Cruiser HJ61 from the private collection of Sir Roger Moore can be seen there. The British actor used the Land Cruiser in Switzerland as a means of getting to his mountain chalet regardless of the weather.

Toyota was fully capable of producing outstanding luxury sedans even before the launch of the Lexus brand, as can be seen here, where two Toyota Crown six-cylinder cars are displayed, one of them Pichert's company car until his death last year.

A visitor to the Collection can also witness the whole development of the Celica model from a not-very-sporty coupé to a rally-winning WRC car. Less well remembered Toyotas are also represented, such as the Tercel or one of the first Prius prototypes delivered to Europe for test drives.

Other forgotten Toyota cars exhibited at the site include the Toyota 1000, which was the first mass-produced car with a standard radio (though only AM-capable) and the beautiful Cressida Coupé with one of the first momentary fuel consumption indicators in the world. Toyota Motorsport vehicles are also a conspicuous part of the permanent exhibition.

Last year, after Peter Pichert's death, Toyota Deutschland entered negotiations with his family, and took over the collection in order to present it publicly close to the German Toyota HQ. At the moment the Toyota Collection, located in the appropriately named Toyota Allee in Cologne, is open only once a month, but private viewings can already be arranged by contacting the facility directly.

You can find out more about visits and bookings on the Toyota Collection website.