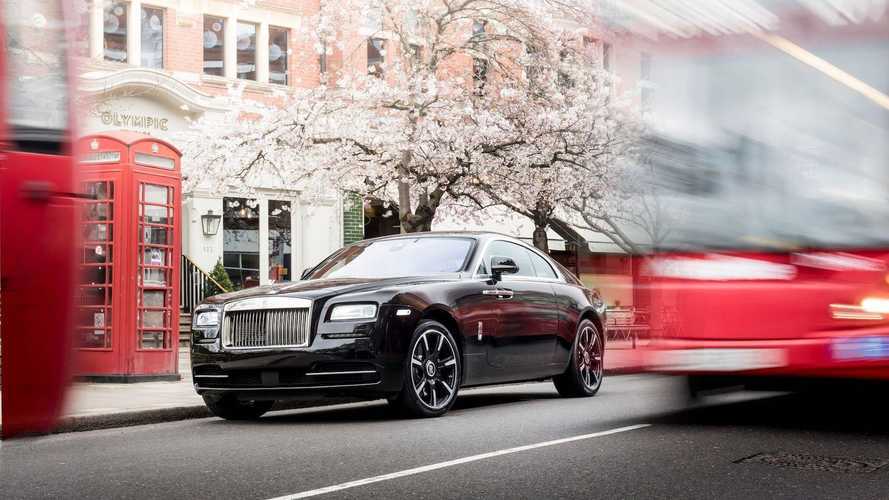 The special 'British Music' edition Wraith of the late Sir George Martin, producer and mentor to the Beatles, has sold to the UK's Studio 434

One of the UK's unsung heroes of car collecting, Rodger Dudding of Studio 434 in Potters Bar, Hertfordshire, has added the late Sir George Martin's Rolls-Royce Wraith to his collection.

The Wraith is one of only nine bespoke Wraith models produced by Rolls-Royce to celebrate the global success of British popular music, and features several unique details including a celebration of Sir George’s 30 number-one hit singles, with embroidery of each song title in the rear 'waterfall' and the producer’s signature stitched into the headrests.

Commenting on the car Sir George’s son Giles said, 'My father had a huge impact on British music during his career and this magnificent car is a tribute to a lifetime of achievement.'

The Wraith was sold at an H&H Classics auction held at Kensington Palace to Rodger Dudding, a former Naval apprentice, and £66,667 of the price paid by Rodger went to The Fly Navy Heritage Trust of which Sir George was an ambassador and a previous observer in the Fleet Air Arm.

Rodger Dudding said, 'I am proud to be the owner of this magnificent car and to support the nation’s naval aviation heritage. I know that Sir George wanted to “give back” to a cause that he had personally given so much as a young man and I am thrilled to have this wonderful gem in my collection.'

See the full extent of Rodger's collection at the Studio434 website