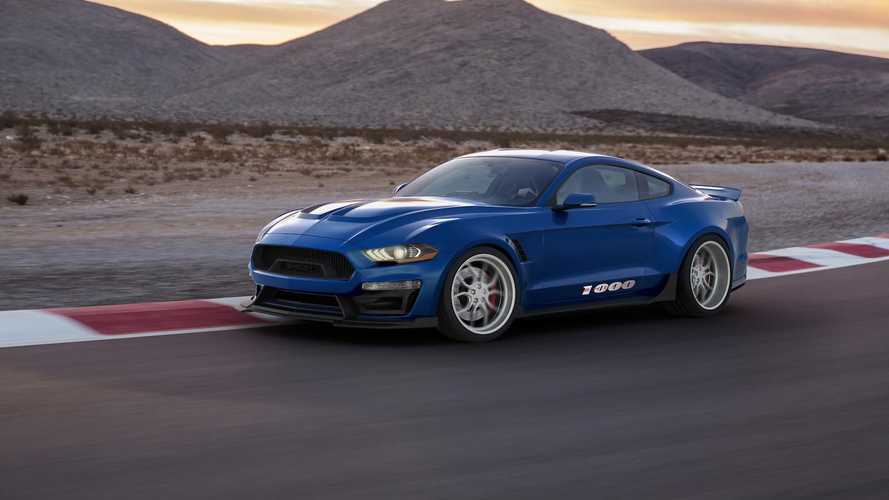 1000bhp upgrade packages are now available from Shelby for 2015-on Mustangs. They're so hot, they have to be sold as 'track-use only'

Shelby has launched a new 1000 horsepower variant of the Ford Mustang GT, which will be restricted exclusively for track use to sidestep American emission compliance regulations.

The Shelby 1000, which sports a juiced-up supercharged 5.2-litre V8, was unveiled last week at Shelby's Las Vegas plant. However, the new performance package, which is available on any V8 Mustang built since the 2015 model year, will not be road legal.

The historic tuner’s president Gary Patterson said that the shift away from road legality for its new top of the line Mustang was designed to create a car more suited for circuit racing than its predecessors.

'The 2012 through 2014 model year Shelby 1000 was based on the 5.8-litre Ford Shelby GT500, and while we significantly altered the suspension, it was best suited for the drag strip,' said Patterson.

'The new Shelby 1000 is an entirely different car designed to be the ultimate road course warrior.'

The new package is priced at $169,995 excluding the base Mustang GT required to fit the included components. The performance package will have a limited run of 50 cars per model year, requiring a full rebuild to facilitate all the upgrades required to handle the 1000 horsepower unit.

The front and rear track have been widened, a fully adjustable suspension system has been added, and a large Brembo brakes package are part of the major changes to the stock Mustang, plus a renewed front fascia, rear diffuser, exhaust system and bodywork.

'Since Ford dropped the solid axle rear end, we had to take an entirely new approach,' said Shelby’s head of development Vince LaViolette.

'Not only did we build strength into the car with components like heavy-duty halfshafts and CV joints, we revised the entire suspension by using tubular adjustable upper and lower control arms, as well as fully adjustable coilovers.

'We then added 10 and 12in forged wheels with sticky 20in rubber to maximise traction with this high level of power.'

Patterson said the car harked back to Shelby’s golden era, having drawn inspiration from its legendary Cobra.

'From the first Cobra in 1962 to this latest Shelby super car, Shelby American continues to push the performance envelope,' he said.

'Second place is first loser, and we intend to stay out front.'