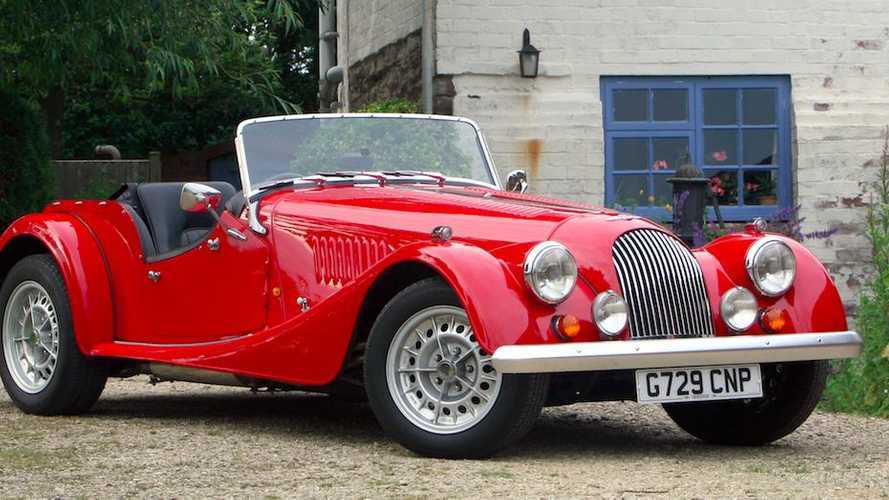 It has a wooden body frame but a 0-60mph time of 5.6 seconds. Here's how to buy a blisteringly fast Plus 8 without the woodworm...

When the Morgan Plus 8 landed on the scene for 1968, it was one the fastest-accelerating cars in the world. Capable of 0-60mph in 6.7 seconds (later cut to 5.6 seconds), it may have looked like something made before the invention of electricity, but the Morgan’s light weight and torquey V8 guaranteed exhilarating performance.

Over the next 36 years the Plus Eight would be developed to become faster and much better made, without losing any of its charm. The problem was that, while build quality improved, this was still a car that used pre-war construction methods. Unwittingly buying a project is always a distinct possibility. Here’s how to buy with your eyes open.

Your AutoClassics Morgan Plus 8 inspection checklist

All of these Morgans came with a Rover V8 in 3.5, 3.9 or 4.6-litre forms. The V8’s all-alloy construction means it’s essential that anti-freeze levels are maintained, while the oil needs to be changed every 3000-5000 miles. As long as it’s been looked after the unstressed V8 will dismiss 250,000 miles without murmur.

While the Rover V8 is brilliantly served by specialists able to provide rebuilds and upgrades, some parts for certain pre-1976 engines are now getting hard to find. If you’re keen to retain originality that could be a problem, but if you’re happy to slot in a V8 to a different spec there’s no reason for a Plus 8 to be off the road.

The Plus 8’s low kerb weight gives the transmission an easier time; it’ll last pretty much indefinitely on any car that’s driven carefully. However, a car that’s done a really high mileage, or which has been driven hard, may be suffering from a tired gearbox.

Parts for some gearboxes are getting very hard to find, especially the four-speed units and in particular the Moss transmission. When parts are available they tend to be costly, so make sure that the gearbox doesn’t jump out of gear and that there isn’t lots of whining.

If there’s whining galore it might be from the gearbox or the back axle; it should be easy to work out which. It could be that either has been run low on oil, so look under the car for evidence of leaks. A limited-slip Salisbury diff was fitted to all Plus 8s and while rebuilds are possible, they’re expensive. If a replacement crown wheel and pinion are required, an even more expensive conversion to a BTR axle will be required.

Plus 8s built up to 1984 were fitted with a worm-and-peg steering box made by Burman. Even in perfect condition it’s not especially sharp, but if things are really vague a rebuild is due. The later the car the faster the wear, as tyres got ever wider.

From 1984 the steering was switched to a rack-and-pinion system, which is more precise and tends to be more durable, too. Check for any vagueness but the most likely issue is with split gaiters, although they’re fixed easily without raiding your bank account.

If the steering is really heavy, new track rods are required, but that’s a cheap fix. It’s also worth opening the bonnet and checking for play in the steering column as a result of a worn universal joint. That’s another thing that’s cheap to fix.

This is where things can get really costly, because the Plus 8’s pre-war construction means major problems are common and rebuilds need skill. The Plus 8 features a steel chassis onto which an ash-framed bodyshell is placed and attached to this are aluminium or steel panels. Even if everything looks fine on the outside, major rot of the wood and metal can be lurking underneath.

Plus 8s built from 1986 tend to survive best as these have treated wood for the frame, while the wings were painted before fitting rather than after. How well a car has been stored dictates how rotten it’s likely to be.

Everything is available to rebuild a Plus 8, but because everything has to be hand-fettled to make it fit, renovation costs tend to be high. Also, it’s not unusual to have to completely dismantle a Morgan just to effect relatively minor repairs, such is the complexity of the construction.

You need to analyse every square inch of the Morgan’s chassis and bodywork, but home in particularly on the A- and B-posts and wing edges. If a lot of areas need work it might be cheaper to fit a new body tub. This is an ash frame with panels and doors but no bonnet, rear panel or wings.

The chassis was painted until 1986. From this point galvanising was optional, but standard from 1997. Focus on the crossmembers and the area around the engine mountings. The crossframe on the front of the chassis carries the suspension. Any impact distorts this, so make sure the car pulls up straight.

It’s possible to replace any tatty or missing trim but there’s more of it than you might think, so the costs can add up. Leaky roofs are common so look for damaged trim and split seams.

A Plus 8’s hood needs to be made specially and it’s the same with the tonneau; not all cars came with the latter but it’s worth having one.

The electrics tend to be reliable but if there are starting problems the battery’s earthing strap may have corroded; it’s at the back of the car and it gets bombarded by road spray.

Most electrical parts are available if you need them and they’re not generally expensive. The rocker switches fitted from 1976 onwards are the things most likely to fail; these have a warning light built in and the contacts fall apart, but they can be replaced.

The Plus 8’s mechanicals are simple, but the archaic construction is complicated and requires specialist attention when problems crop up; buy a car that’s been maintained by a marque expert because they should have spotted small problems before they turn into big ones.

Of the carburetted cars, the earliest ones are the quickest thanks to their light weight, power and gearing. If you want an early car you’ll probably have to bide your time and be prepared to travel as most Plus 8s that come up for sale are later models. A lot of post-1998 cars were shipped to Europe as these have a European Certificate of Conformity, which makes exporting them that much easier. Many such cars were converted to left-hand drive in the process, and converting back will be very expensive.

Don’t rush to buy an early car unless you’re keen to compete in historic motorsport. Later models are more readily available and thanks to a wider track they’re easier to drive. The fitment of telescopic dampers to the rear of post-1990 cars improves things further. The ultimate Plus 8 is the 4.6-litre car but these are rare, as this engine was available for just two years. While it was an unreliable powerplant in the Range Rover, in the much lighter Morgan it’s far more durable – and turns the Plus 8 into a complete animal.

AutoClassics have loads of Morgans for sale. Delve in and have a look!