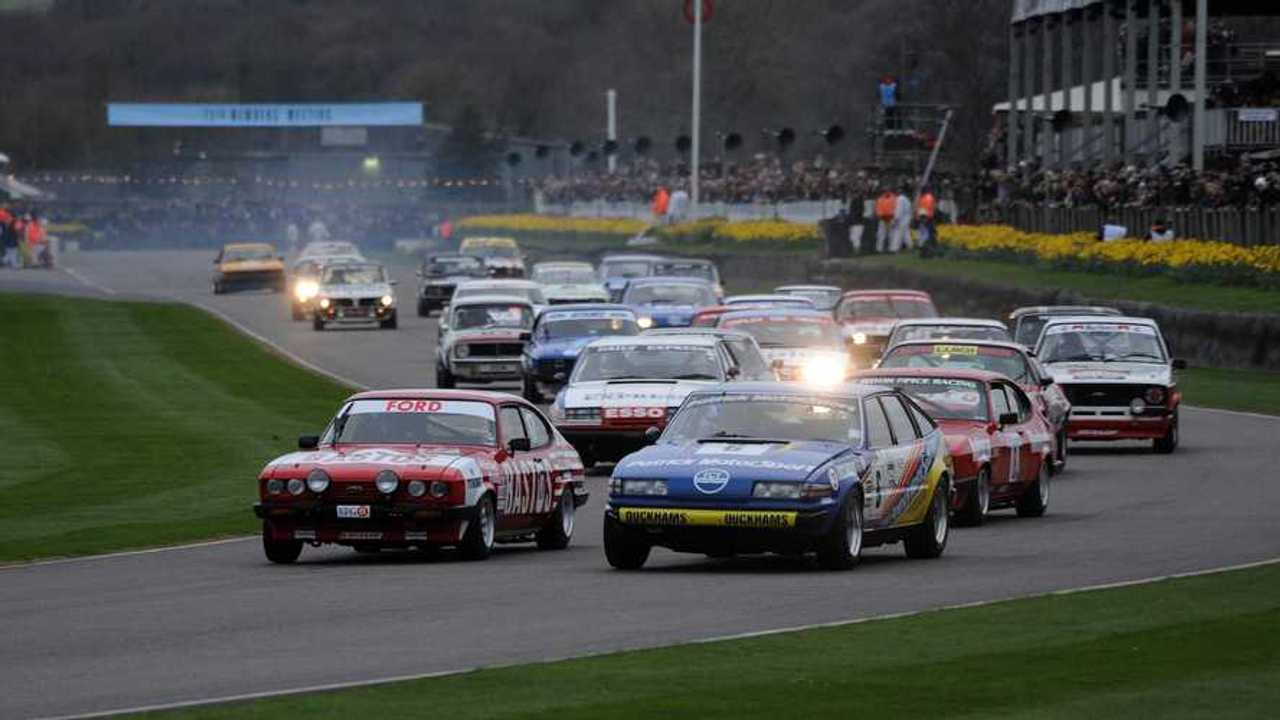 Schedule for 76th Members' Meeting has been released; two races set to return, while Gerry Marshall Trophy will star once again

Goodwood has unveiled its ten-race schedule for the 76th Members’ Meeting, including the return of two races after absence and demonstrations of Formula 5000 and Group 5 ‘Special Production’ cars.

The 2018 celebration of single-seater, GT and touring cars and motorcycles with take place on March 17-18 at the Goodwood Motor Circuit in celebration of the races the venue staged from 1949 to 1966.

For the fifth running of the modern-day Meeting, the Moss Trophy returns after a three-year absence. Named after Sir Stirling, it is a 45-minute, two-driver race for closed-cockpit GT cars in the spirit of the RAC TT races of 1960-1962. Similarly, for the first time since 2014, the Sears Trophy will run. Celebrating the life of saloon and sports car ace Jack Sears, it is open to saloon cars raced between 1958 and 1963.

The now-regular high-speed demonstrations will feature Formula 5000 and Group 5 Special Production cars for 2018. The first will feature Lola, McLaren and Surtees single-seaters, all powered by the iconic Chevrolet V8. The Group 5 runs include a varied field that features BMW 320s, Ferrari 512 BB/LMs, Lancia Beta Montecarlos and Porsche 935s.

As arguably ‘the one to win’, the immensely competitive Gerry Marshall Trophy and Sprint will feature once again. The often star-studded races, run in memory of their eponymous namesake, is open to Group 1 saloon cars of a type that raced between 1970 and 1982. Saturday’s running will feature a 45-minute, two-driver Trophy feature race, and Sunday includes a 15-minute reverse-grid Sprint.

The Ronnie Hoare Trophy will open the Members’ Meeting with a race for road-going sports and GT cars of a type that raced internationally between 1963 and 1966. Bikes will begin the running on the Sunday with the Hawthorn Trophy.

One-litre Formula 3 cars that raced from 1964 to 1970 will compete in the Derek Bell Cup, plus the Bolster Cup for British specials built both before and after World War Two. The Caracciola Sportwagenrennen will pay homage to the Mille Miglia road race, with continental sports cars from the likes of Mercedes-Benz, Alfa Romeo, BMW and Bugatti engaged in battle.

Ford GT40s and McLaren 1As will celebrate the legacy of Dan Gurney in the Gurney Cup. Ending the racing will be the Salvadori Cup for World Championship sports cars and production sports-racing cars of a type that raced between 1955 and 1960.