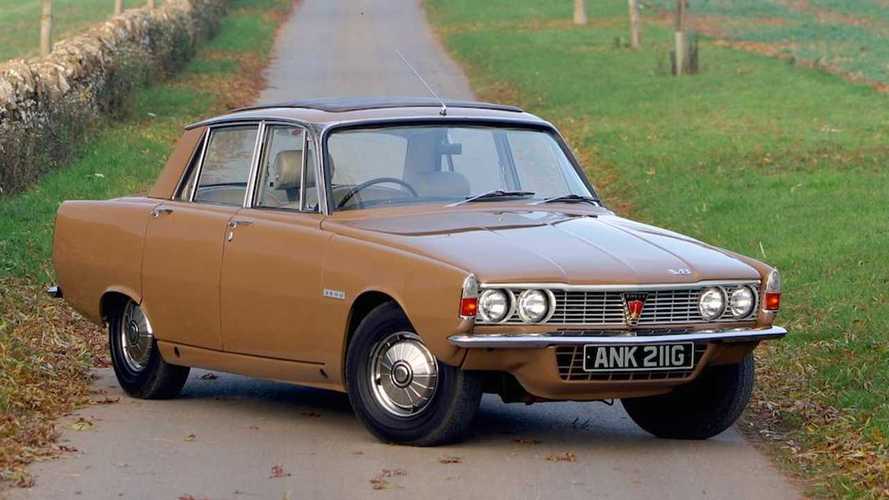 Winner of the first European Car of the Year award, the Rover P6 is one of the most well-rounded classics that you can buy

Not all cars that win the Car of the Year award are destined for greatness, but the car that won the inaugural trophy in 1964 was thoroughly deserving, because the Rover P6 was so brilliantly designed and engineered. This forward-thinking saloon was comfortable, spacious, strong and safe. The Rover P6 is so talented that even now, you could run one as an everyday car and it wouldn’t miss a beat.

After the ‘Auntie’ Rover P4 that preceded it the P6 was from another age. Aimed at thrusting young executives who wanted something sporting, modern and luxurious, the P6 featured race-derived De Dion rear suspension and disc brakes all round, with those in the the rear mounted in-board to cut unsprung weight. The engine bay was even designed to take a gas turbine but instead we got conventional engines with four or eight cylinders, the latter being Rover’s legendary V8.

Naturally it’s the V8 that everybody wants, but even the smaller units provide decent pace thanks to the P6’s design. Whatever you buy though, it’ll be comfortable and an ideal family-friendly classic.

P6s got one of two engines: an overhead-cam four-pot or the legendary pushrod Rover V8. The former displaced 1978cc until 1973 when it was superseded by a 2205cc unit. Both of these four-cylinder engines came in single- (SC) or twin-carb (TC) forms and will despatch at least 100,000 miles between rebuilds.

Water leaks from the block’s side cover plates are common and can lead to overheating, with things exacerbated by corroded cylinder heads if anti-freeze levels haven’t been maintained: it should be kept at 50:50. Timing chains stretch so listen for rattling; the top chain is easy to replace but the bottom one isn’t.

On SC engines the throttle spindles and linkage can wear, while a rattling at high engine speeds suggest a cracked carburettor heat shield. On SC and V8 engines the exhaust manifold mounting flanges crack; listen for blowing.

The V8 just keeps going if its oil is changed every 3000 miles; without this the hydraulic tappets get clogged up so the camshaft, followers and rocker shaft wear. An especially noisy top end belies this while knocking from the bottom end means a rebuild is due. Pre-1973 blocks tend to leak oil thanks to their poorly designed rope-type seals for the front and rear bearings. They can be replaced with neoprene seals but fitting the rear one requires the block to be machined.

The all-alloy V8’s coolant must also be replaced regularly to stave off internal corrosion. Keep an eye on the temperature gauge as the car idles to see if it gets too hot.

P6 buyers got a choice of four-speed manual or three-speed transmissions, both of which are strong, although the 3500S unit has a tough time, so see if it jumps out of gear or if the gear selection is tricky – parts are now scarce for these boxes. At first the automatic transmission used was Borg Warner’s Type 35, but the 3500 got a Type 65 unit from 1974 and it’s not as durable.

Gear selection problems and rattly gearsticks on manual cars will be down to wear in the remote linkage; this is especially likely on pre-1971 cars. New bushings are available, but fitting them means removing the engine and gearbox.

The rest of the transmission is conventional, with six universal joints in the propshaft and driveshafts, so listen for knocks which suggest they’re tired. Differentials last if they’re not allowed to run dry, but leaks are common and so are seizures as a result.

If the ball joints in the bottom of the front suspension legs have worn expect clonks as the car is driven over bumps. In the rear suspension, scrutinise the rubber gaiter on the de Dion tube because if it’s split dirt gets in and the grease gets out, leading to the sliding joint seizing up.

Poor access to the inboard rear discs is why they’re often neglected. Leaky calipers and a poorly adjusted handbrake are common, with things made worse if the back axle has leaked oil onto the discs.

In 1966 the braking system switched from Dunlop to Girling and parts for the former are now scarce. It’s possible to convert to Girling though. To do so the front suspension legs from a later car will be required along with the final drive assembly.

The P6 has a monocoque onto which unstressed panels are bolted, including the roof. The monocoque rusts, with its centre section bearing the brunt, although structural rot is unusual. Also analyse the sills which rot and are essential to the car’s strength; you can inspect them from inside the car as well as outside.

Remove the back seat and look for corrosion underneath, which may have spread to the rear wheelarches and the door’s closing panel. The rear quarter panels rust too, along with the rear wheelarches and inner wings and the boot floor. The rear suspension trailing arms bolt to the panels inside the rear wings so they’re stressed. If they corrode and are weakened the suspension can separate.

As if all this isn’t enough, rust is common in the front wings, the door bottoms and the front valance. But the boot lid and bonnet won’t have corroded as they’re made of aluminium. Because of this, poor paint adhesion is a possibility – especially on the final cars built.

Decent used trim is hard to find and there are no repro parts available. It doesn’t help that the leather tends to shrink and tear on cars built between 1971 and 1973. Used exterior trim can be sourced but new parts are long gone and repro parts aren’t available.

Until 1970 a dynamo was fitted, then an 11AC alternator was used instead. The separate regulator on this packs up and replacements aren’t available so switching to an 11ACR is the only solution; this has an integral regulator.

The 12-way fusebox on post-1971 cars can melt, but the switchgear and instrumentation is reliable. The number plate lamp rots and new ones aren’t available; the same goes for the front sidelight/flasher units. Starting problems on the V8 is usually a poor connection where the battery lead goes through the bulkhead; the battery is in the boot.

It may have been designed in the early 1960s but the Rover P6 is still one of the most usable classics if you want something interesting for everyday family motoring.

It’s the four-cylinder cars that make the most sense for regular use, but the V8 is much nicer to drive with its effortless torque. These 3.5-litre cars are also more collectible which is why you’ll pay more for one, especially if it’s one of the relatively unusual manual-gearbox 3500S editions.

If you want something unusual that’ll create a stir at shows, but which provides even better family transport, seek out one of the 150 or so estates produced by FLM Panelcraft. They don’t come up very often but if you set your heart on one they’re not so rare that you won’t ever get the chance to acquire one.