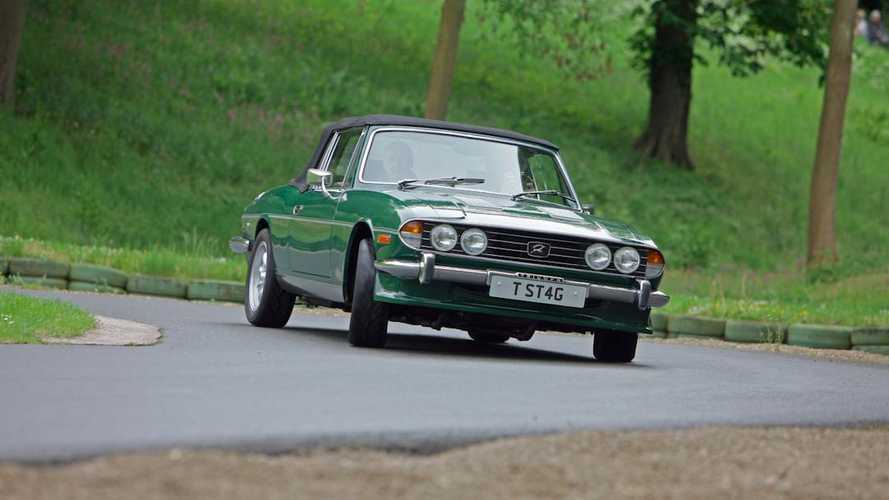 Don’t listen to all those prophets of doom who say that the Triumph Stag has nothing to offer. It’s a fabulous classic if you buy well

The Triumph Stag is one of the most under-rated cars of all time. It has a terrible reputation, largely because of reliability issues (and plenty of them) in period. Many of those problems were down to poor maintenance and some to poor manufacturing processes. All of them can now be sorted and as a result you could have a superb example of this V8-powered four-seater convertible for surprisingly little cash.

However, as you’d expect there are all sorts of potential pitfalls that can catch out the unwary, which is why you must be absolutely scrupulous with your pre-purchase inspection, because if you buy badly you could end up with a car that’s fit only for parts. But buy well and you’ll see why the Stag is a hugely desirable classic.

The Stag’s V8 can still give lots of problems, just as when it was new, but this isn’t an engine that’s inherently flawed as everything can be fixed for absolute reliability. Cooling problems are the most likely, so let the car idle to see if it gets too hot and take it for a decent test drive to ensure it doesn’t overheat. If it doesn’t get up to temperature the thermostat has probably been removed.

The V8’s waterways were often cast poorly and left filled with sand, both of which restrict coolant flow. Flushing everything through every few years is essential and so is keeping the anti-freeze levels maintained to prevent internal corrosion. Once you’ve run the engine for a while, switch it off and see if it’s warm top and bottom; if not, it’s clogged with debris.

If the engine overheats it can warp the alloy cylinder heads, so check that the viscous-coupled fan cuts in as it should, with the car stationary and the engine idling. The classic signs of a blown head gasket won’t necessarily be evident so look for bubbles in the cooling system’s expansion tank as the engine ticks over.

The Stag came with either a four-speed manual gearbox or a three-speed auto. Overdrive was optional on the earliest manual-gearbox cars but it soon became standard with an A-Type unit fitted until early 1973 when the more reliable J-Type took over. The auto was a Borg Warner Type 35 until October 1975, when it switched to a Type 65.

All of these transmissions will go for 120,000 miles between overhauls, but exchange gearboxes are readily available. If an automatic transmission is jerky with its ratio changes it’s probably ready for a rebuild and the same goes for a manual gearbox if there’s baulking as you swap cogs. Overdrives don’t last forever, but if it won’t engage it might be that a connection has failed in the wiring loom – or the gearbox oil level could be low.

Chattering that disappears when the clutch is engaged points to a worn clutch thrust bearing. It’s easy and cheap enough to fix, but high-quality parts can be elusive. More of a problem is a really stiff clutch as this suggests the engine and gearbox are running out of line with each other. Modified clutch plates are available that can tolerate running out of true.

If the universal joints on the driveshafts have worn (given away by clonking as the drive is taken up) there could be trouble ahead as some are replaceable and some aren’t. if you peel back the gaiters and see a circlip they can be replaced easily and cheaply. But if there’s no circlip you’ll have to replace the entire driveshaft.

The Stag features power-assisted rack-and-pinion steering so make sure there are no leaks. It should feel precise if rather over-assisted, so lacking in feel. If it’s vague the bushes in the steering rack mountings and suspension have probably worn. With 18 bushes in all, there’s plenty of scope for wear.

If the trailing arm bushes are worn expect the handling to be twitchy, although this can also be caused by binding telescopic splined joints in the drive shafts. Cleaning and lubricating these will work wonders; it’s infrequently used cars that are most likely to be suffering from this.

As you’d expect, serious rot is a possibility so check everywhere very closely. While the sills aren’t too rot-prone, if they do start to rust it will spread to the floorpans and seams between the inner and outer wheelarches. Proper sill repairs are time consuming so take your time checking and if stainless steel oversills are fitted, remove these to make sure there’s no rot beneath.

The base of the A- and B-posts can rust badly and repairs are tricky. Door bottoms corrode from the inside out and the outriggers rust too. There are two of these on each side with the fronts likely to succumb first; the rust then spreads to the sills and floorpans.

The interior trim lasts well but everything is available new anyway. The seats are what’s most likely to need attention as these can sag or even collapse.

The Stag came with a black mohair hood; if it’s grey instead it’s a less durable double duck roof. Soft tops tend to last well but the plastic windows disintegrate and replacement is tricky.

Exterior trim is available new or used and it’s the same with anything electrical. Most of it tends to be reliable apart from fuel pumps. If the engine won’t start listen for the ticking of the pump, in the offside of the boot. New pumps are readily available.

You don’t have too many decisions to make when buying a Stag because the specification varied only in detail throughout the car’s lifetime. While fewer than 26,000 were made, the survival rate isn’t bad so there tend to be quite a few for sale at any one time.

Some of the cars available are poorly maintained and many are rustier than might initially be evident, but there are some excellent examples out there and they’re very affordable – especially when you consider how few V8-powered four-seater convertibles there are as alternatives.

Find a car that’s been maintained by a marque specialist, and ideally you should avoid the more lairy 1970s colours as they can be hard to sell on; lime green, purple and brown aren’t as desirable as yellow, blue or red. Cars with a manual/overdrive gearbox fetch a premium while a factory hard top is nice to have, but the car’s overall condition matters more than anything.