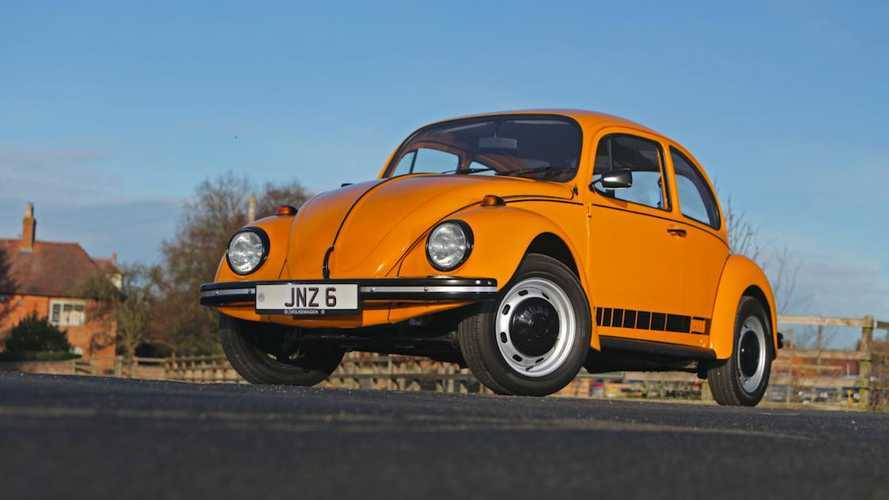 It’s the best-selling car of all time, and with more than 21.5 million of them made over nearly 60 years, there’s bound to be one for you

The Volkswagen Beetle will always be an icon and due to its cult status it will always be collectible. But because of the sheer volume of Beetles built, values of the more mainstream – and usable – models remain reasonable. As long as you don’t want an ultra-rare early car in concours condition, you get plenty of Beetle for your money.

Popular with young and old alike, there are numerous Beetle scenes including rat-look, Cal-look, concours and street rod – plus many more besides. The key thing to remember is that despite the Beetle’s ubiquity a lot of cars are not what they seem, which is why you need to buy with care.

Many have been restored or badly modified but there are also some superb examples out there that have been sympathetically upgraded to make them more usable. Also remember that while the Beetle seemingly didn’t change in all those decades of production, there’s no interchangeability of parts between the first and last cars, so there really was much more development of the Bug than you might think.

The Beetle’s air-cooled flat-four engine is noisy, especially when cold, but it’s also durable as well as cheap and easy to rebuild. Minor oil leaks are par for the course, but if things look more serious the engine is probably overdue for an overhaul.

Some bits for the earlier engines – the 1131cc and 1192cc units – are now hard to find. With these powerplants completely different from those that followed, you can’t adapt parts from later engines. You can fit a later engine though, and by doing this you’ll enjoy greater usability while the cost of a rebuild will also be reduced. To switch, you’ll also have to fit the gearbox and final drive from a later car.

Flat spots are common thanks to the carburettors going out of tune; sometimes a few adjustments are needed or it may be that the spindles have worn. The fuel lines also go brittle then crack, so ensure these are in good condition or the car could go up in flames.

If there’s excessive end float in the crank pulley the engine is due for a rebuild. Just 0.1mm is the official limit but 0.5mm is fine in reality. Some exhaust smoke on start up is to be expected but if this doesn’t quickly clear the engine is probably ready for a rebuild.

Most Beetles have a four-speed manual transmission although the 1500 engine was available with a three-speed automated manual gearbox. You’re unlikely to find an automatic Beetle, which is no bad thing because the manual gearbox is nicer to use, more reliable and the parts supply is good – parts for the automated manual have all but disappeared.

The first sign of wear in the manual gearbox is baulking as you change gear, because the synchro rings are tired. The layshaft bearings also wear, given away by chattering from the transmission. By this point there’s no alternative to a gearbox rebuild.

Also check the axle gaiters for oil leaks because if these aren’t fixed the diff and gearbox will run dry. At first there’ll be plenty of whining, then things will seize up altogether.

All Beetles have a steering box apart from the 1974-on 1303. Neither set-up has any weaknesses although cars built between 1972 and 1974 can suffer from play in the steering, caused by the inner wings flexing if they’ve been weakened by rust. By this point significant panelwork is needed and the flexing might also have damaged the steering box so that has to be replaced too. If there’s juddering through the steering as the car is driven over bumps, the steering damper has probably failed, but replacement is cheap and easy.

From 1967 the 1302S, 1303S and 1500 were fitted with disc brakes up front; other than that it was a case of drums all round. Upgrading to front discs is worthwhile as the all-drum set-up isn’t the most confidence inspiring. Just be aware that there was a switch from four-stud hubs to five in 1967.

While the braking system doesn’t have any weak spots as such, wear is inevitable and parts to rebuild pre-1960 systems are hard to find. The nuts which retain the rear drums are tightened up to 250lb ft, so they’re not easy to remove and refit.

Beetles rust, often badly. Go over the whole car checking for corrosion in the wheelarches, floorpans, running boards, jacking points, spare wheel well and bumper mountings. Later cars are fitted with MacPherson struts and the top mountings for these can corrode.

The sills are key to the car’s strength and these rot. Things aren’t helped by the fact that the sills incorporate the heater ducts and if the chassis has been welded to the bodyshell (it’s more common than you might think) it will cost a lot of cash to put this right.

Rust under the back seat is common and the rain gutters can dissolve, while the rear body supports ahead of the driveshafts can rust badly. A lot of problems are caused by ungifted amateurs trying to learn restoration skills by doing up a Beetle, with poor-quality welding, distorted panels and uneven shut lines the order of the day.

The Karmann-built cabriolet has a roof frame that until 1972 featured some sections of wood; after this it was all metal. Leaking roofs are common so unless you can garage your Beetle, you’re best sticking with a tin top.

Originality isn’t important to a lot of Beetle owners. If it is to you, ensure the correct seats, radio, steering wheel and trim is fitted because getting a car back to the correct specification can be a labour of love, especially if holes have been cut in the dash.

Some Beetles are fitted with a plastic dashboard but most have a painted fascia. The plastic can crack from being exposed to the sun and while repro replacements are available, they’re expensive. Lots of companies offer new trim for the Beetle, whether you want something original or modified.

A six-volt electrical system was fitted until 1967, when a 12-volt system took over. It’s worth converting an early car to 12 volts for easier starting and you’ll also find it easier to fit accessories.

Volkswagen made changes to the Beetle pretty much every year, and homing in on the right car for your needs is crucial if you’re to enjoy owning it. Although production spanned from 1945 until 2003, most of the cars available are from the 1960s and 1970s.

Anything you buy will probably have an 1192cc or 1285cc engine, although there were 1493cc and 1584cc units too. The 1200 model (1192cc) was aimed at those on a budget; it was always the last model to get upgrades which is why you should aim for a Beetle with a bigger engine.

The 1302S and 1303S have 1.6-litre engines, MacPherson strut front suspension (with semi-trailing arms at the rear) and a bigger boot, so they’re more usable. Sloped-headlamp cars are sought after but generally less usable than the later cars. However, while these were superseded in 1967, the 1500 engine was offered in 1966 and 1967, making the sloped-headlamp 1500 especially desirable.

Whatever you buy make sure that it hasn’t been badly modified or restored, but worthwhile upgrades are very desirable. So if the engine, gearbox or brakes have been improved, it could be just the car you’ve been looking for.