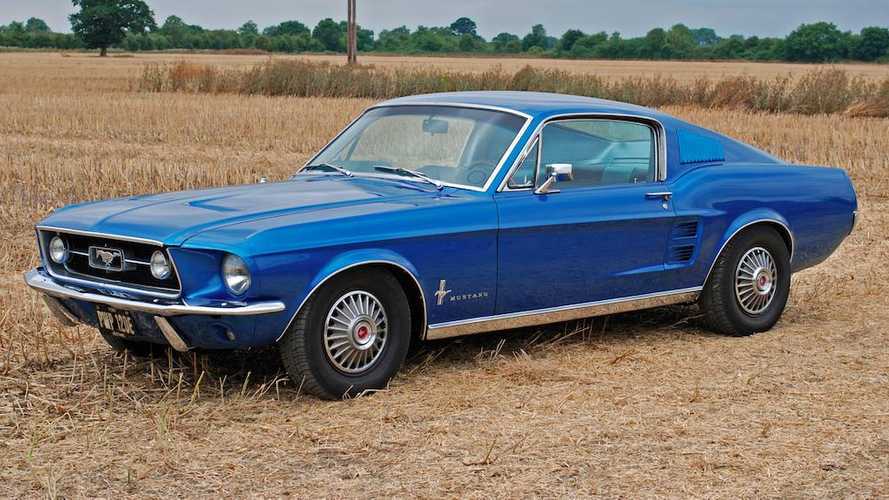 The greatest muscle car ever made? It's certainly the most popular – and if you want to buy one, there are essential checks you need to make when seeking a Ford Mustang. Here's how to get a good one

It seems incredible now, but the Ford Mustang nearly didn’t happen. Customer clinics gave the car a thumbs down and Ford’s management thought that putting it into production was too big a risk. Despite this, Lee Iacocca got the project a green light and in 1964 Ford’s pony car was born.

It was only then that Ford realised what a good move it had been to bring the Mustang to market as it quickly established itself as the fastest-selling car in history. Within a year almost 420,000 of them found buyers and after another year a million Mustangs had been sold.

It was easy to see why the Mustang was so popular; buyers could personalise theirs like never before. As well as a choice of notchback, convertible or coupé bodystyles there were numerous engine and gearbox options. Things kicked off with 170ci (2.7-litre) or 200ci (3.27-litre) straight-sixes or there were standard V8s in 260ci (4.2-litre) or 289ci (4.7-litre) forms, with two- or four-barrel carbs. Those who craved power chose the Hi-po 289 (known as the K-Code), a 271bhp 4.7-litre V8 or, for those who wanted even more, the Shelby GT350 of 1965 packed an even more powerful 289 Hi-po V8.

The Mustang’s large-capacity engines aren’t stressed so they just keep going if maintained. they can suffer from blown head gaskets if neglected though, so check for these along with oil that’s like tar.

Once a six-cylinder engine has racked up at least 150,000 miles it might be showing some signs of valve seat recession, so listen for a chattering top end. Because buyers of six-cylinder cars aren’t performance junkies these cars tend not to get driven very hard; despite their entry-level nature they still cruise happily. Once a straight-six does need a rebuild it’s not a costly exercise, and it’s easy enough to do at home.

The V8 engines also just keep going as long as they’re not tuned too highly, thrashed or neglected. The V8s also don’t like poor-quality tuning, but this isn’t unusual, so if the engine has been significantly upgraded pin down who has done the work.

The problem most likely to strike any Mustang engine is overheating through a lack of maintenance; it doesn’t help that the radiator is undersized. Look for leaks from the water pump and listen for squealing that suggests the impellors have come loose. If there are tubular manifolds fitted this will exacerbate the situation as these raise underbonnet temperatures compared with the factory-fit cast-iron manifolds.

Converting from a straight-six to a V8 is common and as long as the work is done properly it’s a worthwhile and desirable conversion. But if the engine has been swapped while the brakes and suspension haven’t, expect trouble ahead.

Most Mustangs came with a three-speed manual gearbox as standard, although a four-speed manual was optionally available. A three-speed Cruise-o-Matic auto was also offered on all cars apart from those with a Hi-Po V8.

The manual gearboxes are the ones most likely to give problems, while the three-speed auto is the most common. The manual transmissions suffer from worn synchromesh and bearings but parts are available; listen for whining or rumbling, although the noise will be very obvious. It’s easy to swap between the manual transmissions and because the automatic is Ford’s C4 unit there’s no shortage of parts.

The back axle is tough with six-cylinder cars usually being fitted with a 2.73:1 ratio that was optimised for cruising instead of acceleration. V8-powered Mustangs got a lower ratio and a rear axle with a separate diff, whereas six-pot cars got an integral diff.

Not all Mustangs got power-assisted steering but most did – and when it’s fitted it tends to leak from the various hoses and joints.

The suspension tends to be reliable but if something isn’t right it will probably be given away by uneven tyre wear. The front suspension is also usually reliable, but analyse the shock absorber top mounts and balljoints, and listen for squeaks from the wishbone top swivels. Tired suspension will lead to the car sitting low at the back, but all replacement parts are available.

Some early Mustangs got drum brakes at both ends while others were fitted with front discs. None of the set-ups can cope with hard driving, but in normal use even the all-drum system can cope perfectly adequately.

The chances of finding poorly repaired crash damage or rust are quite high. The original panel fit wasn’t that great but a badly fixed crashed car will have shut lines that are all over the place, so it should be obvious. Your best bet is to look at how well the bumpers fit while any rippled metal under the bonnet – especially in the inner wings at the base of the suspension towers – will give the game away.

Predictably, corrosion can be another big issue. Although Ford galvanised the sills most Mustangs have been repaired here by now and because it’s not a very easy area to work on, bodges are common. It’s especially problematic on convertibles, which rely on their sills for strength even more, so see if the door gap closes up at the top; if it does the car may be fit for parts only.

Waterlogged floors in convertibles are the result of a leaky roof and while the floors aren’t hard to patch up properly, if rust has spread to the bulkhead the job will be a lot bigger. But at least all of the inner and outer panels are available, even if some pattern parts will need some fettling to make them fit.

All interior and exterior trim is available new on a repro basis, apart from some interior trim panels that are unique to the fastback. But even those can usually be found on a used basis.

The chrome trim was never made that well, so don’t be put off by repro parts that look a bit rubbish; they’ll be cheaper than original bits and will probably last just as well.

If the seats are tired they’re easy enough to retrim, but try to keep the original foam if possible. The only thing in the cabin that’s likely to be a problem is the seat frame, which can break, but it’s not hard to find serviceable used seats.

The Ford Mustang is one of those cars that you can’t really lose out on if you buy well. While you can get your fingers burned, if you do your homework you’ll have a car that’s always going to be in demand so it will prove to be a good investment while it’s also very usable.

The biggest problem you’re likely to have is working out which edition to go for. The bodystyle should be easy enough to pin down, while a V8 is the one to buy; they’re more plentiful, much more in demand and nicer to drive – plus they have that fabulous soundtrack as an added bonus.

The reality is that once you start shopping you’ll end up buying more on condition than exact spec. The most collectible Mustangs are already big bucks which is why you’ll almost certainly end up with a regular V8-powered Mustang with the bodystyle of your choice – and you’ll love it.

Looking for a Mustang for sale?

There are hundreds of Mustangs for sale in the AutoClassics classifieds.