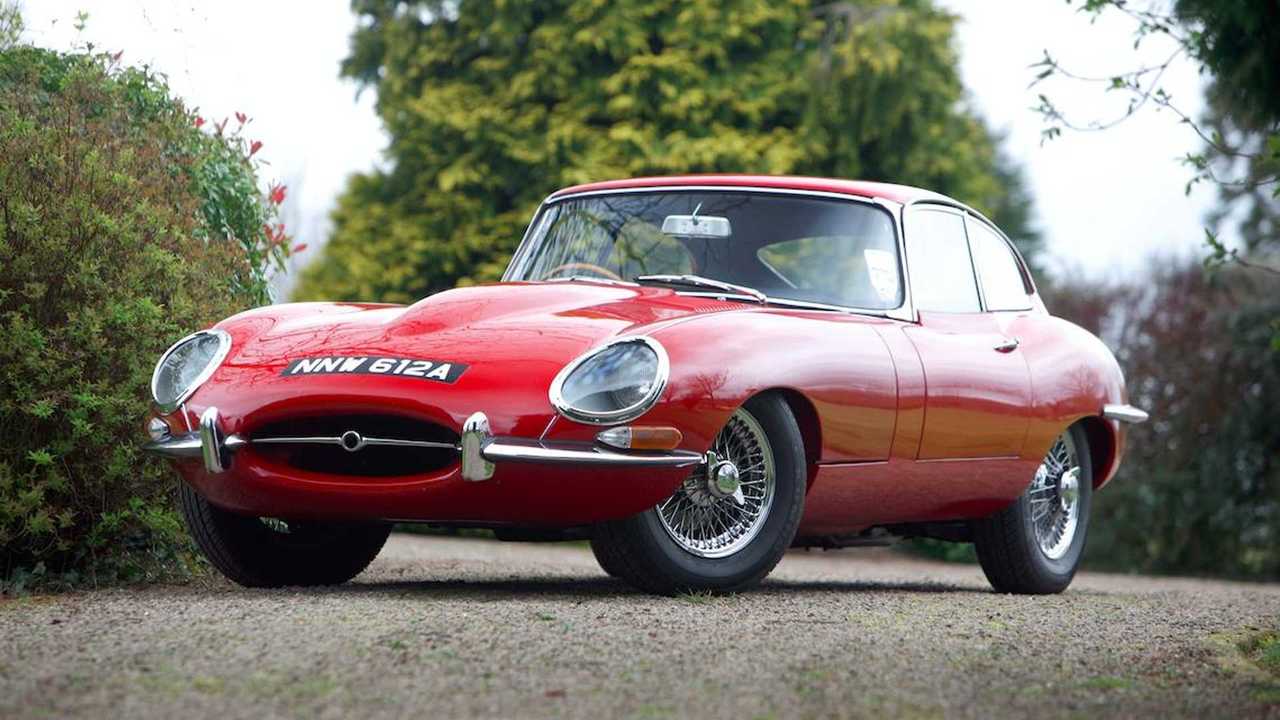 The Jaguar XKE (E-type) is a sure-fire investment, but it’s also a great driver’s car – as long as you buy a good one. Here's how to do just that...

As soon as the Jaguar E-type was unveiled at the 1961 Geneva motor show the automotive world was changed forever. The E-type was unfeasibly curvaceous, unbelievably fast, achingly beautiful – yet it was still relatively attainable. And for years it remained attainable because while the E-type has always been very desirable, for decades after the final cars were made, values refused to spiral out of control.

Unfortunately values have done exactly this in recent years though, reaching heights that nobody would have imagined possible before the financial crash of 2008. Those heightened values have ensured that more and more of these cars are driven less and less but it also means that huge sums of money have been spent on reviving ropey examples that previously might have been broken for spares.

Is the Eagle Speedster the ultimate Jaguar E-type?

If you’ve always hankered after an E-type and you’re now in a position to buy, tread very carefully before committing. These are complicated cars that aren’t the easiest to restore, but drive a good one and you’ll see why the curvy Jag is so revered. Here we guide you through the realities of buying a six-cylinder E-type, with the V12-powered Series 3 covered in a separate guide.

The E-types covered here were all powered by Jaguar’s legendary XK straight-six engine in either 3.8 or 4.2-litre form. As long as it’s not abused the engine will despatch 150,000 miles with ease; few owners drive their E-types hard any more, which makes it less of a lottery when buying.

Before starting the engine check the underside of the oil filler cap for white emulsion, suggesting that the engine has overheated and blown the head gasket. Next start the engine from cold and listen for knocks and rattles while also checking that any exhaust smoke is minimal. Once the engine is warm leave it to idle and see if the thermostatic fan cuts in. At 3000rpm the oil pressure should be at least 40psi.

If the engine smokes and rattles a lot it’s time for a rebuild. All of the parts are available to do this and it can be done at home, but it’s a complex engine. If the engine won’t run properly it’s probably because the rubber diaphragms in the Stromberg carburettors have perished. Rebuilt carbs are your best option, although kits are available for you to overhaul them yourself.

E-type gearboxes are strong but the Moss unit in 3.8-litre cars is renowned for its recalcitrance. Even when in good condition you can expect a Moss box to be noisy; once a rebuild is needed you’ll have to dig deep as parts are getting hard to find.

The rest of the transmission is extremely tough but eventually the differential wears out and rebuilding one of these is definitely not a DIY proposition as several special tools are needed.

The E-type was fitted with rack-and-pinion steering, which should feel precise. If it doesn't it’s probably because the two steering column universal joints have worn; replacements aren’t expensive. Vague steering could also be down to tired suspension bushes, but everything is available to sharpen things up.

Rear suspension creaks are probably because of corroded lower hub pivots; they should be greased regularly to prevent them from wearing rapidly or seizing. There should be a small amount of play in the rear wheels because if there isn’t any at all, the bearings have been overtightened and they’ll overheat.

The play in the front wheels should be much less, but it will probably still be detectable. If the wheelbearings need to be replaced that’s straightforward, but worn lower wishbone joints is more of a problem as they have to be shimmed to adjust them. You can do this only so much before they have to be replaced altogether.

Any signs of rear-wheel steering suggests that the axle cage mountings are worn or broken. You’ll have to remove the rear wheels to get a good look; repairs are lengthy. The same goes for diff oil being leaked onto the inboard rear discs – something that obviously must be fixed ASAP.

The handbrake’s self-adjusting mechanism seizes up leading to the brake sticking on. Freeing things and greasing everything isn’t a big deal though.

If you’re buying an unrestored E-type it could be rusty just about anywhere; if you’re buying one that’s already been restored, poor repairs aren’t unusual. Looking behind the fuel filler flap can be very telling; if it’s a mess there, you can bet all sorts of other areas have been skimped too.

The sign of a good car is tight, even shut lines, particularly where the bonnet meets the bulkhead. It can easily take a week getting everything to line up when undertaking a complete rebuild, as the bonnet accounts for around half of the length of the car.

You need to check everywhere for rust, but start with the seams and the front valance along with the door bottoms. The frame that carries the engine, steering and suspension is prone to cracks and corrosion so you must analyse it as best you can, but it’s all pretty busy under the bonnet so getting a good view of everything isn’t easy.

Predictably, the original trim lasts pretty well but by now may well be suffering from splits, tears and wear. Just as predictably, high-quality retrim kits are available off the shelf and while nothing is extortionately priced, there’s a surprising amount of trim in an E-type so the costs can rack up. The same goes for the brightwork; it’s all available although the quality is variable.

It would be easy to think that all six-cylinder E-Type are pretty much the same, but that’s absolutely not the case. There are the obvious differences such as the different bodystyles (coupé, roadster and 2+2), all of which are worth varying amounts.

There are also different engines (3.8 or 4.2) and these also provide different driving experiences. But what will make the biggest difference is how well maintained or restored the car is and what (if any) upgrades are fitted. Power steering and a modern five-speed gearbox are the favourites, but smaller things like a high-torque starter motor and improved cooling are very desirable too.

Very early ‘flat-floor’ cars (produced up to early 1962) command a premium but bear in mind that these are cramped and uncomfortable (no six-cylinder E-type is commodious), while the Moss gearbox isn’t very pleasant to use. The faired-in headlights of the Series 1 were also pretty woeful; the exposed lights of later cars do a better job, even if they’re still not very good.

The 4.2-litre cars tend to be the most valuable as they’re the nicest to use – especially with a few choice improvements. A Series 1 4.2 has a better (all-synchro) gearbox, classic E-type looks and much more comfortable seats, which is why it’s the one to go for. But you’ll pay accordingly.