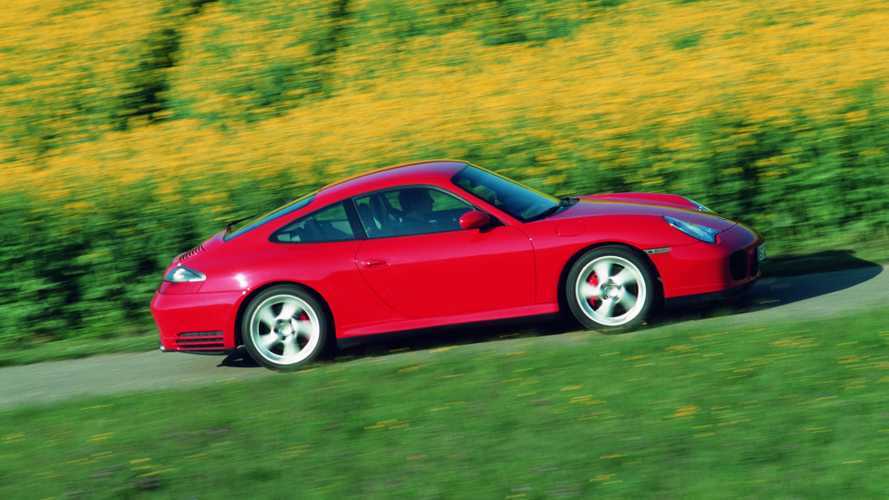 The first of the water-cooled Porsches, and still controversial – but that makes them the bargain of the 911 range. Here's what to look for in securing a good one

You can look at the 996 two ways: yes, it was the first water-cooled 911, breaking 35 years of air-cooled tradition. And yes, there have been reliability problems. But they’re faster, lighter and cheaper than their predecessors, and those reliability problems are well-documented and easily prevented.

Prices are already on the up, and specialist interest and knowledge is increasing at a similar rate, which means that a well-bought 996 could actually provide that holy grail of classics – a car that can be invested in for longevity and driving pleasure while still making economic sense.

We’ll look at all versions: manuals and automatics, coupés, softtops and Targas, the early 3.4s and later, facelifted 3.6s, the two-wheel-drive Carrera 2, the four-wheel-drive Carrera 4, Carrera 4S and Turbo, and the GT2 and GT3. So, read on for the truth about buying and owning a 996.

Let’s launch straight into the bits that still keep the forums buzzing: the IMS bearing. IMS refers to the intermediate shaft, the rear bearing of which has been known to fail catastrophically. The intermediate shaft drives the camshafts, and has always been a feature of the 911 engine but for the 996 Porsche made the bearing at the rear end of the shaft ‘sealed for life’. That’s fine until the seal leaks, letting out the grease but not allowing engine oil in. So the bearing fails, usually resulting in the cam timing being thrown out, and subsequent engine destruction.

The solution is either to have the oil filter checked for metallic particles at each oil change for early warning, or to replace the bearing with one of the many improved versions on the market. To get to the engine requires the removal of the gearbox and the clutch – once they’re out, it’s a 30 minute job. So if you’re having a clutch replaced, it’s madness not to have the bearing changed at the same time. Or simply, find a car that has had that done.

The rear main seal (RMS) should be changed as a matter of course at the same time, whether or not it’s leaking – though it’s worth knowing if it’s failed anyway, because oil leaks from the seal will contaminate the clutch. Look for oil below the join of engine and gearbox.

The other possible major problem with the engine is cylinder bore scoring. This manifests itself as a light ticking noise at low revs and blue smoke from the exhaust. A specialist will be able to check for it relatively quickly by removing the sparkplugs and using a boroscope to inspect the insides of the cylinders. Badly scored bores will necessitate an expensive engine rebuild.

Early 996s were 3.4 litres, enlarged to 3.6 from model year 2001. The latter has more torque but both are strong performers. It is thought that the 3.6 is marginally more prone to bore-scoring though. The GT2, GT3 and Turbo have a different engine altogether, based on the GT1 competition engine. This unit doesn’t suffer the same problems.

The 996 six-speed manual gearbox is tough and generally troublefree. The shift is surprisingly long, unless a quickshift has been fitted (GT3s had these as standard). In each gear, particularly second, accelerate and decelerate as abruptly as possible to check that it doesn’t jump out of gear.

A worn clutch will have an unpleasantly long, heavy travel, and may judder as well. They operate on a dual-mass flywheel, which will rattle if worn – don’t be surprised if it needs replacing at the same time as the clutch. It’s also perhaps unnecessarily heavy, slowing down engine response, so a common upgrade is to switch to a lightweight flywheel when the clutch is changed, which makes the car feel much sportier. It’s not unusual for a 996 clutch to need replacement at 50,000-60,000 miles.

The semi-automatic Tiptronic gearbox is tough but it’s not as pleasant to use as more modern semi-automatics. Don’t be surprised if the change isn’t particularly smooth; this is why Tiptronics are so much cheaper than manuals.

The 996’s suspension is much more complicated than the old torsion bar system of the early 911s, because it has more weight and more power to deal with, but it’s actually marginally simpler (and significantly easier to modify) than its predecessor’s, the 993.

For the full 911 effect, it needs to be in good condition, but you’ll find that after 50,000 miles or so most of the bushes are tired. If you’re sticking with stock bushes that means you’ll need to replace the entire suspension arm. There are four per side at the rear, at nearly £100 each, and two at the front (known as coffin arms) that are virtually service items, such is their need for regular replacement.

You can fit aftermarket polyurethane bushes to the original arms, to great effect, but if there’s any wear to the balljoints or damage to the balljoint gaitors, you’ll need new arms anyway...

The MacPherson struts will be starting to feel tired past 70,000 miles or so, maybe sooner. The original Sachs units are good but there are better alternatives for less money, from the likes of Blistein and KW.

Brakes are powerful but often used too lightly, believe it or not, meaning that any corrosion never burns off the inside faces of the discs in particular. The only solution will be replacement discs.

Brake lines corrode rather too easily, and there’s one long line that routes over the gearbox. Some specialists (RPM Technik for example) provide a flexible line for easier replacement, but if you’ve got the gearbox out, think about having the line replaced with the correct solid line if it’s corroded. And if it’s not, smother it in protective wax.

Maybe you’d prefer an earlier Porsche really, but have been priced out of the market. Well, console yourself with this – early Porsches rust, and 996s don’t!

What you’ll need to look out for, of course, is accident damage and subsequent repairs – and of course you’ll be checking the records (HPI in the UK) for any mention of insurance claims or write-offs. Otherwise, it’s mostly stonechips on the nose that you’ll have to look out for.

The bumpers are plastic front and rear, and you’ll find that a 996’s doors don’t close with the reassuringly heavy thud that you’ll get with earlier 911s. That’s simply a consequence of the 996 having undergone modern weightsaving engineering.

Underneath, many of the body fittings, such as brake line brackets etc. tend to corrode more easily than you might expect. If you buy a 996, smother those fittings in rustproofing wax.

We’ll count soft-tops as ‘bodywork’ too. Convertible 996s are actually cheaper than coupes, simply because they’re less desirable. Check the hood for rips and make sure the carpets aren’t damp, indicating that the hood is leaking somewhere. Otherwise they’re fairly robust.

Porsche 911s from the mid-1970s on have a long history of dubious interior colour schemes, and the 996 continued that tradition. You’ll find plenty with not just the seats in an unpleasant shade but with the dashboard trimmed to match. To add to the misery, a ‘soft pleat’ rouched leather was surprisingly popular. You’ll pay a premium for a car with a plain black leather interior.

Overall, the 996 interiors are hard wearing, but the light grey ones tend to look scruffy early, and the interior door pulls and the top of the gearlever scratch too easily, while the markings on the aircon system controls sometimes fade or rub off. Replacement decals are now available for them.

Don’t be tempted to pay extra for the original Porsche PCM satnav and stereo system, because Porsche stopped providing updates for the satnav over a decade ago. They can be replaced by an aftermarket double-DIN unit if necessary. From 2001, the units were upgraded to PCM II. These use a fibre-optics system, so are more difficult (though not impossible) to replace. All PCM units can be updated by specialists to hook up with Bluetooth but you’re better off with the base model single DIN stereo.

Check that the aircon works. If it doesn’t, don’t assume it simply needs regassing - it will need new condensers, which sit in the nose of the car, where leaves gather and rot them out. Removing the front bumper to clean the leaves out is part of 996 servicing but is usually neglected. The aircon lines run the length of the car, between the condensers and the aircon pump on the engine, which makes them vulnerable to damage and corrosion. Check them carefully.

Buy now! But buy carefully. High mileages of 100,000-plus are okay if accompanied by a full service history, complete with clutch, brake, suspension and maybe even engine and transmission overhauls. Better, though to go for the lowest mileage possible in the most desirable spec – manual coupé with sensibly-coloured interior, no PCM and no sunroof. That said, if you’re happy with a convertible and even Tiptronic, then you’ll get a true 911 at a knock-down price.

The Turbo, a true supercar, is already sailing high in value, as are the hardcore GT2, GT3 and GT3 RS. These are the icons though, and worth paying the extra for if you can.
Invest in a specialist inspection before you buy if you can, hold out for the best spec you can find, and go bag yourself a 996 before it’s too late.