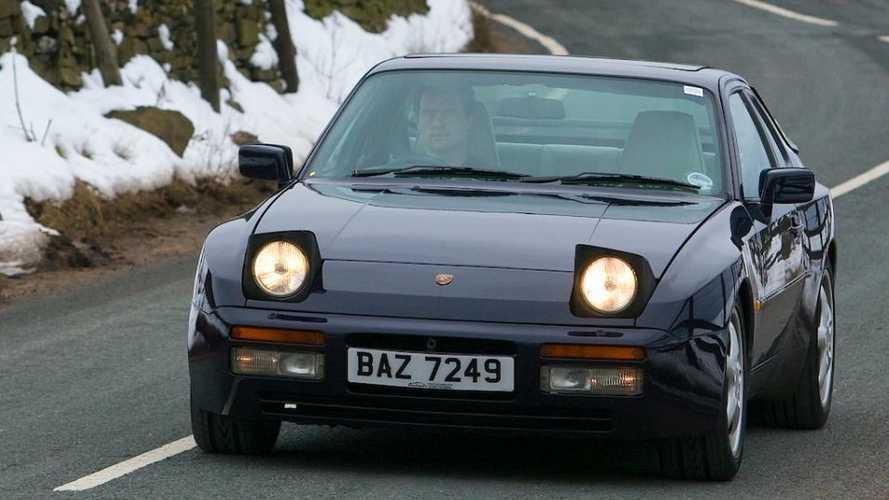 If the idea of a front-engined, water-cooled Porsche seems inherently wrong, try Porsche 944 life and you’ll soon be converted. Here's how to get a good one.

If you find a 924 too weedy and a 928 too costly or intimidating, Porsche came up with the perfect solution in between – the 944. With more muscle than the 924, the 944 was just as practical with its engine in the nose and a hatchback configuration. The fitment of a transaxle meant the weight distribution was spot on too.

Fitted with one half of a 928 V8 engine, some potential buyers were sniffy about the 944 packing a mere four cylinders. While you can make a four-pot sound only so enticing, the fitment of balancer shafts ensure the 944’s powerplant is as smooth as it is muscular.

Get A 944 While They're Affordable:

Get Into Porsche Collecting With A 1986 Porsche 944

While the initial 944 was appealing enough, in later years Porsche raised the bar significantly with a new interior, the introduction of convertible and Turbo editions along with a capacity increase to improve power and torque. All variations on the theme are desirable, which is why Porsche had a major hit on its hands; the 944 soon established itself as the marque’s fastest-selling model. Try one and you’ll soon see why.

A 944 engine will rack up 250,000 miles if maintained. That means an oil and filter change every 6000 miles on pre-1986 cars & Turbos, while it’s every 12,000 miles for later cars. The timing belt should also have been replaced within the last 40,000 miles or four years; a fresh water pump every other belt change is a good idea.

The engine should be smooth thanks to the fitment of balancer shafts; any vibrations at idle point to a failed engine mounting but replacements aren’t expensive. If there’s a vibration at 2800-3200rpm there’s a balancer shaft problem; the shaft timing could be out or the drive belt has failed.

An oil cooler is integrated into the block’s water jacket on all naturally aspirated cars and pre-1989 Turbos. If the seals for this fail, the oil and coolant mix; there’s a separate cooler on later cars. Although turbochargers last well, Turbo exhaust manifolds and wastegates crack and both are costly to fix.

If you’re looking at a 944 S2 make sure that the chain which links the two camshafts has been renewed within the last 90,000 miles. If this breaks the engine will be beyond saving.

Most 944s came with a five-speed manual gearbox but there are a few autos too. All transmissions are very tough but expect some whining from the transaxle even if it’s in good condition. The CV joints can wear leading to knocking noises from the rear, but this is cheap to fix.

Clutches generally last 70,000-100,000 miles so check for slipping as it’s a gearbox-out job to replace one. Clutch master cylinder leaks are common so look for fluid on the bulkhead and under the dash.

The manual racks fitted to early cars tend to last no more than 80,000 miles, while power-assisted racks (optional from 1984, standard from 1985) can leak. Look for evidence of fluid seeping from the undertray’s ventilation holes, betraying leaks from the system.

If the steering is vague it’s probably because the column’s universal joint has worn, but replacements aren’t expensive. Vague handling also results from tired wishbone balljoints. Pre-1985 944s using a cheap VW part; the whole wishbone has to be replaced on later cars although refurbished items are available. If bigger wheels than standard have been fitted it’s likely to take its toll on the wheel bearings, so listen for chattering while cornering.

Brake calipers seize up, especially at the back, so look for rusty discs. The handbrake cables also seize up but freeing things off isn’t a difficult job.

The 944’s bodyshell was galvanised but corrosion can still strike. One of the most likely problems – and also one of the most potentially serious – is rot in the sills, which corrode from the inside out.

Quite a few 944s have been crashed then repaired and this can lead to major corrosion breaking out, so check the boot floor and front inner wings for signs of rippling. Also analyse the shut lines between the wings and bonnet as well as around the pop-up headlights; everything should be tight and even.

Petrol smells from the load bay of a pre-1986 car suggests the seal for the fuel filler pipe has failed. The parts are available but it’s a tricky repair because of poor access. A fuel smell can also be down to the metal petrol tank having rusted on these earlier cars; things switched to plastic in 1986. Replacing a fuel tank is a big job as the rear suspension and transaxle have to be dropped first.

If there are exhaust fumes in the cabin on the test drive, suspect perished tailgate or sunroof seals; replacement seals are available. Two types of electric sunroof were fitted, with pre-1986 cars featuring an operating cable in the mechanism. This cable is prone to breaking and the individual parts aren’t available so repairs can be costly. If a sunroof is fitted, check for leaks because the drainage holes have become blocked.

There were two different interiors fitted to the 944; the change came in 1986. Earlier models got a 924-sourced old-fashioned ‘porthole’ dash while later cars got a much more modern ‘oval’ design. Both dashboards are reliable but some bits are hard to find; check the speedometer and tripmeter in particular.

The materials used to trim the cabin are durable, but wear and damage can occur; replacement trim is either unobtainable or very expensive. Cars with a sunroof can suffer from the headlining shrinking and tearing while load bay covers break, although they can be repaired.

There are motors for the sunroof, wipers, windows, mirrors and rear hatch release and although they tend to be reliable they can fail. The lights in the front bumper can get smashed by stones and because these incorporate the fog, side and driving lights on later cars and Turbos, replacements are expensive.

Other likely failures include the in-dash clock and the aerial built into the windscreen (on later cars only). If the latter fails it means fitting a new windscreen or an aftermarket aerial on the front wing or the roof.

As collectors and enthusiasts latch on to 1980s cars, values of really good Porsche 944s have climbed steadily in recent years. But these cars still represent a performance car bargain, not least of all because if you buy well, the running costs will be astonishingly low.

The key of course is to buy a car with a decent service history – one that’s not been run on a shoestring. Make sure any car you buy has been maintained by a recognised marque specialist; any 944 that’s been looked after by a back street garage is probably best avoided.

Because engine parts for the original 944S are costly, and also because its engine doesn’t have the effortless muscle of the later models, these earlier cars are best avoided. A much better bet is a 944 S2 or a Turbo, with the latter especially rapid. The 944 Turbo is also the one with the greatest investment potential, so if you can afford to buy one of these more costly editions in the first place, and you find a good one, snap it up before somebody else does.