How To Buy The Perfect MGB Sports Car 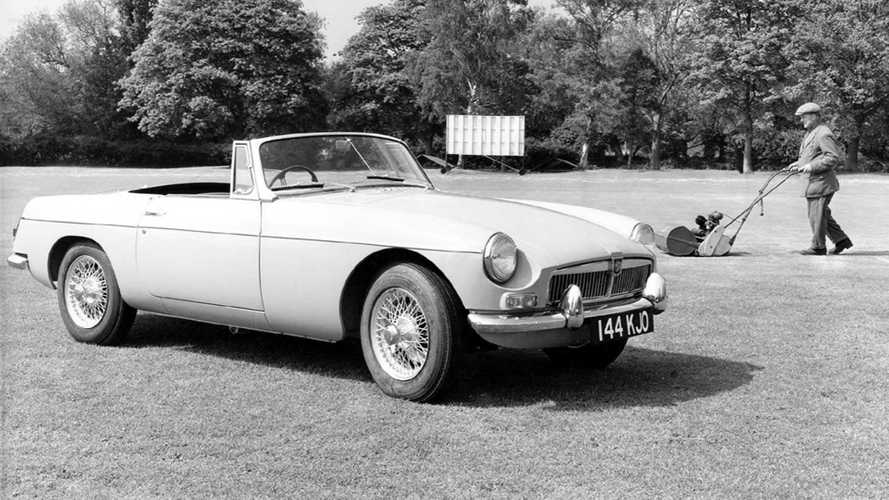 Once the world’s best-selling sports car, you don’t have to spend long with an MGB to fall in love. Here's how to buy a solid example

Seasoned classic car owners who have never owned an MG before find it hard to get excited by the B. It’s understandable of course; they’re not exclusive (almost 500,000 were made) and they’re not especially fast, which in the eyes of many, means they’re not aspirational.

But such a view short-changes the MG, because it’s those two characteristics that make it so accessible. Not only is the MGB cheap to buy and run because it’s powered by a lowly 1.8-litre pushrod engine, but the vast number of survivors means club and specialist support is pretty much unrivalled – at least for a car that went out of production in the early 1980s.

So if you want a hassle-free classic (and who wouldn’t?) that’s easy to upgrade or personalise, is utterly usable and has a great social scene attached, we’d suggest you get better acquainted with the MGB.

Apart from the rare V8 edition, MGBs came with a durable 1798cc B-series engine which got five main bearings from October 1964. You can expect 130,000 miles between rebuilds; expect to have to undertake one imminently if the oil pressure is below 15-25psi at idle and 50-65psi at 3000rpm.

If there’s blue exhaust smoke as you apply the throttle after the over-run it’s because the valve guides and stem seals have worn, while the crankcase breather pipes get blocked leading to high oil consumption. The front and rear crankshaft seals leak, as do the tappet chest covers behind the exhaust manifold. Replacing the rear crankshaft seal entails removing the engine; fixing the others can be done in situ.

Misfiring can be caused by a variety of problems. Most serious is a cracked cylinder head or it could just be that the timing needs to be adjusted. A third possibility is a leaky heater valve allowing coolant to drip onto the distributor; new valves are available.

Just 2591 GT V8s were built, but no roadsters – although V8 conversions are common. The unstressed engine lasts forever if the oil is changed every 3000 miles, which prevents premature camshaft wear. Maintaining anti-freeze levels is also key, or the all-alloy powerplant corrodes inside, and the coolant passages get blocked.

The B-Series MGB was available with a three-speed automatic; survivors are rare. Most cars have a four-speed manual gearbox that’s either all-synchro or does without synchromesh on first. It’s possible to swap to an all-synchro box but the flywheel, backplate and starter motor have to be changed and the bodywork has to be tweaked too.

There’s a carbon release bearing in the clutch which wears, leading to a vibration through the pedal and much screeching. Most chrome-bumpered Bs and all rubber-bumpered cars got overdrive, which is usually reliable. Any problems are normally because of failed electrical connections or a low oil level, because of leaks. Problems can also be caused by dirty oil or a clogged internal filter; it should be cleaned every 30,000 miles.

The only likely suspension problem is worn kingpins. They should be greased every 3000 miles so jack up the front of the car and rock the wheel at the top and bottom while somebody applies the footbrake. Any detectable movement means the kingpins need to be overhauled.

The front wishbone bushes perish and collapse, but V8 items can be fitted as they’re more durable. If there's rear wheel steering evident the U-bolts and rubber bushes which locate the rear axle have come loose or corroded, but it’s cheap and easy to fix. The lever arm dampers tend to leak but you can switch to telescopic if you don’t mind the harder ride.

From 1973 the brakes got servo assistance. The servo’s seals don’t last forever and when they fail the brake fluid gets sucked into the engine and burned, so check the fluid level. Rebuilding a servo isn’t worthwhile; most owners just fit a new one.

One of the reasons why there are so many MGBs around is because anything can be saved thanks to the availability of complete new bodyshells. However, reshelling a B is a big (and costly) undertaking as it invariably leads to a complete restoration.

Start by checking the sills because proper repairs entail cutting off the front and rear wing sections (below the trim strip), or removing the front wings and windscreen. Next analyse the back of the front inner wheelarches. If you remove the front wheels you’ll be able to see if the box section at the top of the inner wheelarch is still there – it often rots away unseen and repairs are tricky.

The rear spring hangers rot along with the battery tray, which is next to the offside hanger; chrome-bumper cars have one on each side. Floorpans corrode and once water has collected in the corrugated top of the fuel tank, that rusts. Roadster and GT fuel tanks are interchangeable.

The GT’s double-skinned tailgate dissolves and so do the door bottoms. You can also expect some corrosion in the scuttle, where it meets the base of the windscreen.

The MGB’s ubiquity counts for a lot here, as the supply of new and used parts is excellent. You can buy carpet seats, seat trims, instruments and switchgear – and none of it is expensive.

A pair of six-volt batteries were fitted until 1974, when it switched to a single 12-volt unit. Both systems are reliable, but poor connections between the earthing strap and body are common. The battery tray is behind the front seats; six-volt cars got one on either side.

If you’ve got an MGB-sized gap in your life you need to make a few choices. There were roadster and GT versions along with chrome bumper or rubber. The one that everybody wants is a chrome-bumpered roadster while the black sheep of the family is the rubber-bumpered GT, which is why the latter is the most affordable.

The GT offers a level of practicality that the roadster can’t match, thanks to its hatchback configuration. And if you buy one with a Webasto sunroof you can still enjoy the wind in your hair. Meanwhile, if you buy a rubber-bumpered B you can convert it to chrome-bumper spec, but the costs of doing this and the car’s ultimate value probably ensures this isn’t worthwhile – you might as well just buy a chrome-bumper car to start with.

Before buying you need to work out what you want your B to do. If it’s for show use and the occasional local jaunt there’s probably not much point buying a car with lots of modifications. But if you’re keen to go touring – and the B makes an excellent long-distance tourer – you might prefer a car that’s got a few improvements for added comfort and reliability.

You’ll definitely want a car with overdrive and if you’re buying a B that’s been converted to V8 power, check the quality of the work. There are some superb conversions out there but as you’d expect, there are also some pretty ropey ones too.