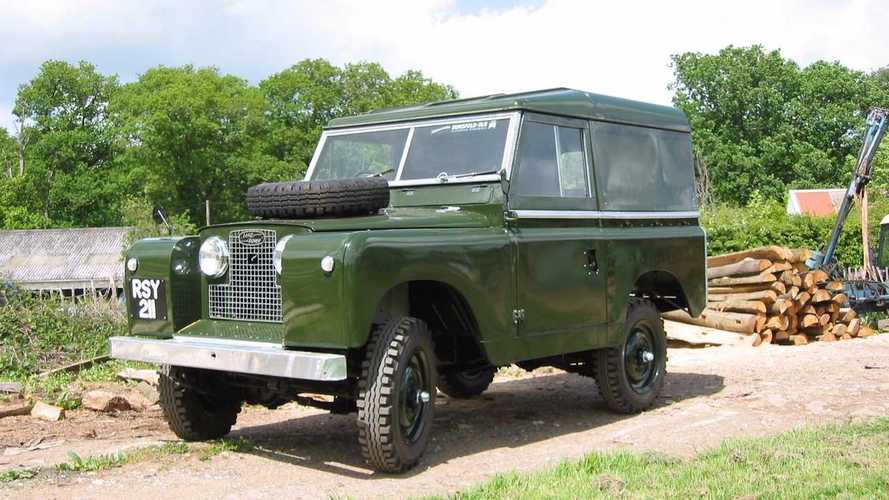 It may not be the collectors’ choice, but as a workhorse classic the Series II/IIA is second to none. Here’s how to bag a good one.

After the original Land Rover conquered the globe and set out its stall as a truly iconic vehicle, the second generation arrived in 1958 – sporting fewer sharp edges and numerous engineering upgrades. It proved to be a winning formula, with record sales figures and improved dependability.

The Series IIA – offering slight cosmetic changes and further-improved running gear – took the reins from 1961 until ‘71.

Leaving a cultural stamp like no other vehicle, appearing in the Born Free franchise and Daktari – not to mention Clarence the Cross-eyed Lion – the Series II/IIA personified the ideals of an archetypal Land Rover. It was largely indestructible yet almost romantic in its mantra as the 1960s exploration vehicle of choice; there are very few places a Series II/IIA can’t get you or hasn’t already been.

As Series I prices spiral out of reach for we mere mortals, enthusiasts are quickly turning to the next generation for a true taste of Land Rover’s raw and unbridled originality. Setting the classless design employed by the 90/110 and Defender right up until 2016, it won’t be long until the Series II/IIA goes the way of its predecessor and climbs the pricing scale.

The time won’t get any better to acquire the healthiest specimen on your budget – here’s what to look for when buying your ideal Land Rover Series II or IIA.

Ultimately improving upon the original 2.0-litre petrol and diesel variants, very early Series IIs (the first 1500, at least) utilised old stock from the Series I before the trademark 2250cc petrol unit was installed under the bonnet. This larger engine produced 72bhp and remained closely related to its diesel brethren, staying largely unmolested until the introduction of improved diesels with the arrival of the Land Rover 90 after 1984.

Both the petrol and diesel variants can easily cover 150,000 miles before requiring a rebuild, but maintenance remains key. Engine tuning for the petrol can be undertaken by those with very little mechanical experience, and only when the oil consumption is significant should the drivetrain raise cause for concern.

Examples from 1958 feature a larger 2.0-litre petrol engine with Siamese bores, meaning that there are no water passages for cooling between the cylinders. Cracks in the block where overheating has occurred should be obvious, but inspect for hairline cracks.

Listen out for low knocking sounds that signal worn crankshaft bearings, and ensure the exhaust is free of oil residue and blue smoke. All classic Land Rover engines belch from the exhaust, but if the smoke remains excessive then expense is heading your way.

A worn diesel will produce indescribable emissions when the crankcase breather is removed, and a higher-than-usual idle speed can indicate badly adjusted or worn fuel injectors. Oil drops are uncommon should the engine have received proper maintenance, but if the sump is contaminated with diesel then a rebuild is a must – regardless of how healthy other components may present themselves.

Check fluid levels and the condition of the radiator; it isn’t uncommon for those who abuse a Series II or IIA rather than caring for it to have run the cooling system dry. Also, should the engine have been run with little to no oil on the dipstick then a rebuild is also wise.

These vehicles have been used for serious off-road activity and decades’ worth of towing, so inspect all pipes for leakage and signs of stress. Head gaskets are strong but will perish over time. Check that all pistons fire without protest and timing is correct. These are easy fixes but can be time consuming.