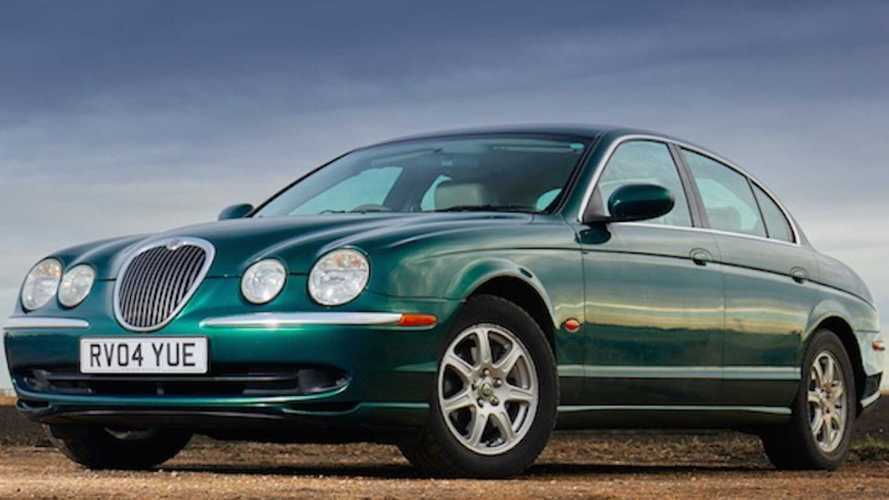 Largely overlooked as a modern classic, the second-generation S-type offers more than just retro styling. Here’s how to bag a good one.

Regardless of what keyboard warriors may have you believe, Jaguar’s second incarnation of the iconic S-type proved to be a sales success. The blatant stab at retro styling may not have appealed to all, but as a driver’s car and all-out cruiser, the svelte saloon offered a solid alternative in a class dominated by drab German marques.

Introduced in 1999 and rolling out the factory gates until 2007, this was more than a marketing exercise to sell cars to those who remembered the original. The new boy was presented as direct spiritual successor to the 1960s’ getaway vehicle of choice; some berated it as a Lincoln in drag, but ultimately, especially in 3.0 V6 Sport specification, the S-type (or X200) proved itself as a proper, rear-wheel-drive Jaguar.

Today, the market is flush with examples seeking new owners, and the asking prices can be seriously tempting. Down-at-heel examples can be found for less than a grand, but we’d advise sourcing as healthy an example as your budget allows. Going for a cheap S-type without comprehending the potential running costs can drastically undermine ownership – and leave you cursing the day you welcomed the big cat onto your driveway.

Here’s how to avoid the pitfalls…

Don’t be put off by the 2.5-litre V6. It may be the entry-level powerplant, but that doesn’t mean any lack of refinement or the rampant acceleration of a slug in a bag. Power flow is smooth and torque can keep more contemporary rivals firmly in their place.

The larger 3.0-litre offers greater performance but is more costly to run – budget on achieving less than 30mpg with most journeys. While V8 models appear to be the cream of the crop, there is a dark horse in the family powered by the devil’s fuel. If V8 consumption doesn’t have your debit card running for the hills, chances are you can afford the – arguably – superior diesel. All the power is present, but reliability and frugality are greater. As a wild card, we can recommend it.

V8s built before September 2000 can suffer from cylinder-bore wear. Once the tough coating has been eroded away, the block will self destruct; but not before the tell-tale signs make themselves apparent. Rough running, misfiring or a delay in throttle response? Walk away.

Timing-chain tensioners also cause headaches on V8 engines, so listen out for clanks from the timing chain. Black or blue exhaust smoke upon start-up from cold is evidence of poor maintenance or worrying repair bills on the horizon. Check the history file for evidence of regular oil and fluid changes.

If there’s a rumble from the front end on 2.5 and 3.0-liter petrol V6s, the bottom crank pulley damper assembly may be on its way out.

Diesels have proven to be largely dependable. Ensure the glow plugs allow instant ignition once warmed. Turbos run hot and can eat oil seals, with a known bad batch of turbos fitted to 2006 variants.

It’s highly important to let the diesel idle after long motorway cruises or steep hill ascents; listen for tapping when revving the car. Also check for excess fuel running down the bores into the sump, as short runs from cold can clog the particulate filters. Should the engine start to run on a mixture of oil and diesel, you’re facing a catastrophe.

The S-type proved to be a popular caravanning and tow vehicle, so we’d advise you to inspect fuel and coolant pipes for signs of stress.

The original five-speed automatic transmission is prone to failure after 60,000 miles, while the six-speed auto can sacrifice its torque converters if uncared for. There can also be significant clutch lurch should the S-type have been left sitting for excessive periods of time.

Akin to Mercedes and Renault competitors, the automatic transmission fluid cooler is situated in the radiator. A fracture or slight front-end collision can mix transmission fluid with coolant and murder the gearbox rather quickly.

Manual gearboxes don’t take well to misuse, and can begin to act irregularly without due care and attention. Pop the selector into each ratio with the engine running and clutch depressed to feel for stodgy or worn gears.

Leaks can be commonplace, and are a sure sign that servicing hasn’t been carried out to manufacturer specifications – or even at all.

As with all Jags, rear suspension bushes rarely last five years before crying out for attention. Ball-joints on early examples are a known weak point, with recalls having been made in November 2000. If the ride feels crashy or undulations in the road throw the car off balance, you’ve got expensive repairs awaiting round the corner.

Handling should be sharp. If it feels rather sloppy, more than just maintenance may be required to whip things back into shape.

Electronic handbrakes often stick, leading to substantial wear and tear on the discs and brake pads. Discs can be scored beyond safe employment by as little as the 15,000-mile mark.

It’s imperative that you check the S-type’s sills. Underneath the doors may be shielded by colour-coded plastic trim, but this can hide a plethora of structurally damaging corrosion. If a poke around provides any indication that the sills are mostly made of rust, find another example for sale.

Wheelarches can also show signs of the dreaded tin worm, with the boot lid also corroding around the lip. Windscreen surrounds can bubble, signalling that the A-pillars are far from their healthiest.

Water ingress can cause numerous electrical problems, including with the alarm. The security system will sound without cause when operating the central locking – check the boot connections, as when damp these can send improper signals to the central computer system. Trust us, the alarm is loud.

The boot is an awkward shape, and it can suffer scraping and considerable abuse when larger items are forced into the rear.

While the cabin trim is tough enough to deal with the tribulations of everyday use, the leather bolsters on the seats collapse where passengers and driver exit and enter the vehicle.

Early models adopted an interior from their Lincoln counterparts, which means overtly American build quality plagues the plastics and trim. These parts are currently easy enough to find when they shatter or split, but this plentiful stock will diminish as scrapyards begin to recycle newer models.

Later variants utilised the flagship XJ cabin template, not only making the interior more usable and pleasant on the eye, but also improving integrity and potency with everyday use.

Electric-window motors can stick, and later air-conditioning enjoys a potency for self control – often ramping itself up to maximum temperatures without warning. Other than those common checks, however, the electrics mostly behave unless damaged.

When it boils down to value, the S-type is downright unbeatable. Critics may well state that competitors caught up with the Jaguar and highlighted various design faults during the model’s long production life, but such machines are soulless in comparison.

Prices have been kept low due to a lack of demand on the market, as the S-type has not yet secured a niche in the classic scene. Yet time has been unsuccessful in diminishing the vehicle’s style and popularity, so it won’t be long before the much-maligned big cat becomes a staple of the new millennium with collectors.

Buy now, as prices won’t get any cheaper.