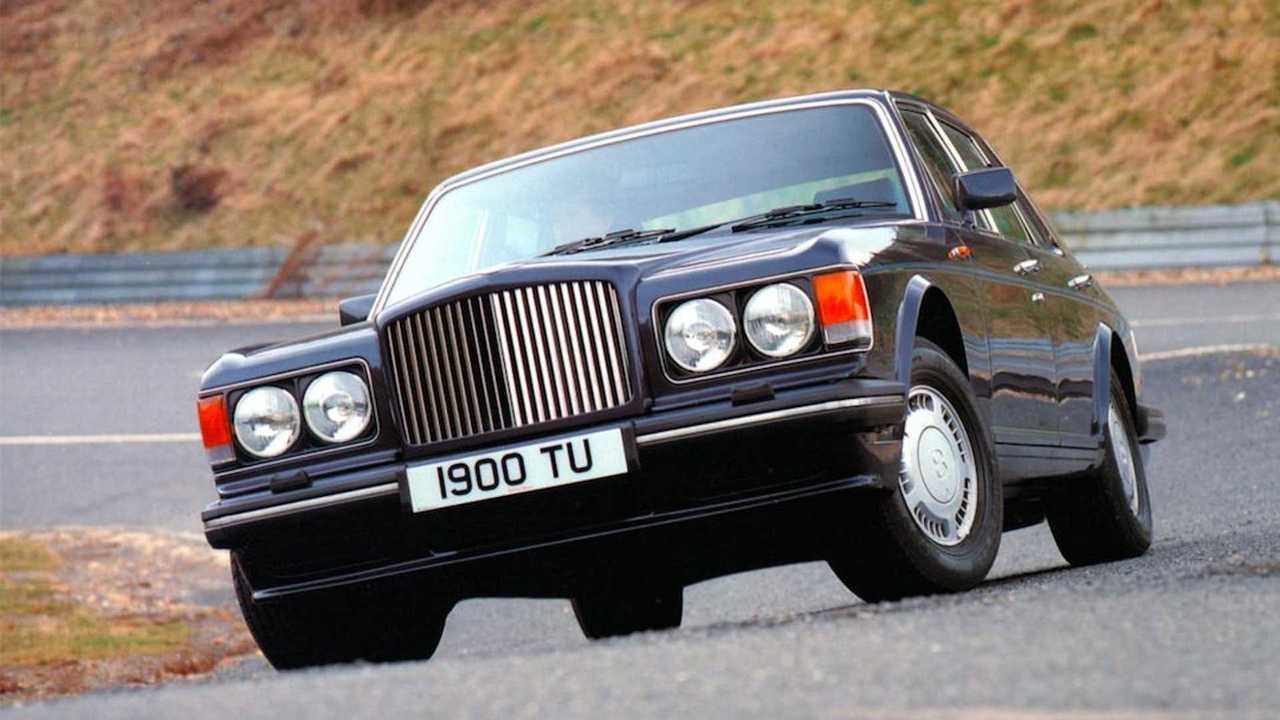 Ultimate luxury with a 0-60mph of 7 seconds – and still at a bargain price. Here's how to bag the outrageous Bentley Turbo R.

The Bentley Turbo R remains an icon of its era – fast, sturdy and pumped full of decadent luxury. Yet, unlike other 1980s steadfast pin-ups, the Turbo R was never tarnished with the yuppie brush, a fate befallen of period Porsche 911s and Ferrari offerings. Rather, Crewe's powerhouse palace has aged with grace, dipping into the pricing doldrums before climbing the price ladder as appreciation spiked during the mid-2000s.

Its 12-year production run spawned many derivatives, but all shared the facets of incredible pace, outright speed, and almost unrivalled gentlemanly stance. As a classic – and as an investment – the Bentley Turbo R makes a great deal of sense. However, a poor example can yield eye-watering bills. Servicing, running costs and general maintenance figures would leave John Paul Getty reaching for the smelling salts.

On the show scene, you'll be embraced by all. With stylish lines adorning such stern bodywork, expect to draw a crowd wherever you go. Parts and club support will ease your panic when something needs replacing, with dedicated followers providing expert advice and model history. If you are willing to commit, the Bentley Turbo R will transform your driving style and change your life – you just need to ensure it's for the better. Here's how to do just that.

The Rolls-Royce pushrod V8 barely changed during the Turbo R's time. Following the template created by Bentley's Mulsanne Turbo, the R used a Garrett AiResearch T3 turbocharger – this resulted in approximately 300bhp from the carburetted version – with a similar figure from early fuel-injected cars.

Hydraulic tappets can wear. Bank on a bill of £1500 plus labour if perished, so check they have been attended to. General Motors tappets are no longer acceptable owing to quality, so make sure the work was completed with original Rolls-Royce parts. Blocks and liners can rust, and engines that are noisy signify future rebuild work is a certainty.

It's also essential to know the R's service history. These vehicles don't suffer fools – a lack of oil change when required will result in poor running and further damage. A dodgy turbo will undoubtedly leave a gaping hole in your bank balance. Inspect the service history thoroughly. If any aspect of the service sheet has been missed or it becomes apparent the vehicle has been run on a shoestring budget, we advise that you walk away.

Early Bentley Turbo Rs used General Motors' three-speed Turbo Hydramatic 400 series, along with other Rolls-Royce and Bentley products of the period. There’s plenty of specialist knowledge, and secondhand gearboxes aplenty should yours be beyond a rebuild. Later four-speed cars used the GM 4L80-E gearbox, shared with the Continental R, Aston Martin DB7 and Jaguar XJR. This is an equally hardy gearbox, and equally easy to repair.

Front balljoints are a known issue on SZ series cars, and Turbo Rs in particular. A knocking sound in the front suspension means that you should budget at least £250 per side for replacement. Also check that you can bounce the rear of the car with the engine running; the car uses self-levelling spheres in the style of old Citroëns, and these go hard as they depressurise. Bank on about £600 at a specialist for satisfactory repairs.

Check the hydraulic system for leaks, and check the pump while you’re at it – knocking under braking suggests it’s imminent replacement time. The braking system is notoriously complex, so we’d advise you leave it to a specialist.

Check the wheelarches and sills of any prospective purchase, as these are the areas which are most prone to corrosion. Damage here can indicate that the rest of the shell may not be in fine fettle, either.

There are water traps around the window trim and behind the door handles, as trim rubs against the paint and eventually exposes bare metal. These cars received scores of coats of paint when new, and were polished to a deep shine. Substandard resprays never capture the same lustre and can let down an otherwise nice example. Check the paint accordingly – and walk away from anything below par, unless you have a large budget for repairs come MoT time.

Filler – if it’s visible through the paint – isn’t good either. It would be naïve to expect perfection on 20-30 year old cars, but any repairs should have been executed well to retain the Turbo R's value and structural rigidity.

Early cars typically shared the seat pattern of the Mulsanne, though from 1987 sports seats were standardised with horizontal pleating and bigger bolsters. Some early cars will have had upgraded interiors.

Cars after 1992 had a console gearlever, earlier cars feature a column change. Rarities can include West of England cloth headlinings or velvet trim, but most cars used leather throughout. Most desirable are pale colours with contrast carpets and piping, and while there are plenty of breakers who can supply interior trim, it’s better to find a car which already has unruffled cabin supplements.

Most were fitted with walnut trim, though by now many wear carbonfibre (as per the limited run Turbo R Sport) or piano black trim. Walnut is still most desirable for resale.

For cars with flaky wood or a truly tired interior, upholsterers can retrim your Turbo R from scratch if need be – but such a service won’t come cheap. Wilton carpets and Connolly leather are costly, we therefore wouldn’t advise buying a car with a rough cabin unless it was heavily discounted. Make sure the Bentley still has its lambswool rugs too, as a new set can set you back four figures.

Electrical issues mean you must walk away. Certain parts will strip you of financial sanity – a central locking solenoid, for instance, could cost upwards of £300.

The Bentley Turbo R has significantly increased in value across the last decade, and looks set to continue its upward trend, though at the moment they're actually a remarkable bargain. Not only that, but they're beguiling and fun – they really do handle well for their size, they’re ferociously quick, and they make their owners feel like few other cars can.

The Turbo R can rightly be called an icon, a true Bentley, and its long production run means that it was a poster car for more than one generation to boot.

Choose a good one, and don’t be scared to spend more on purchase – the bills are never small, but they’re steeper on the cheaper examples. As an investment, you can do little better than a Bentley Turbo R.