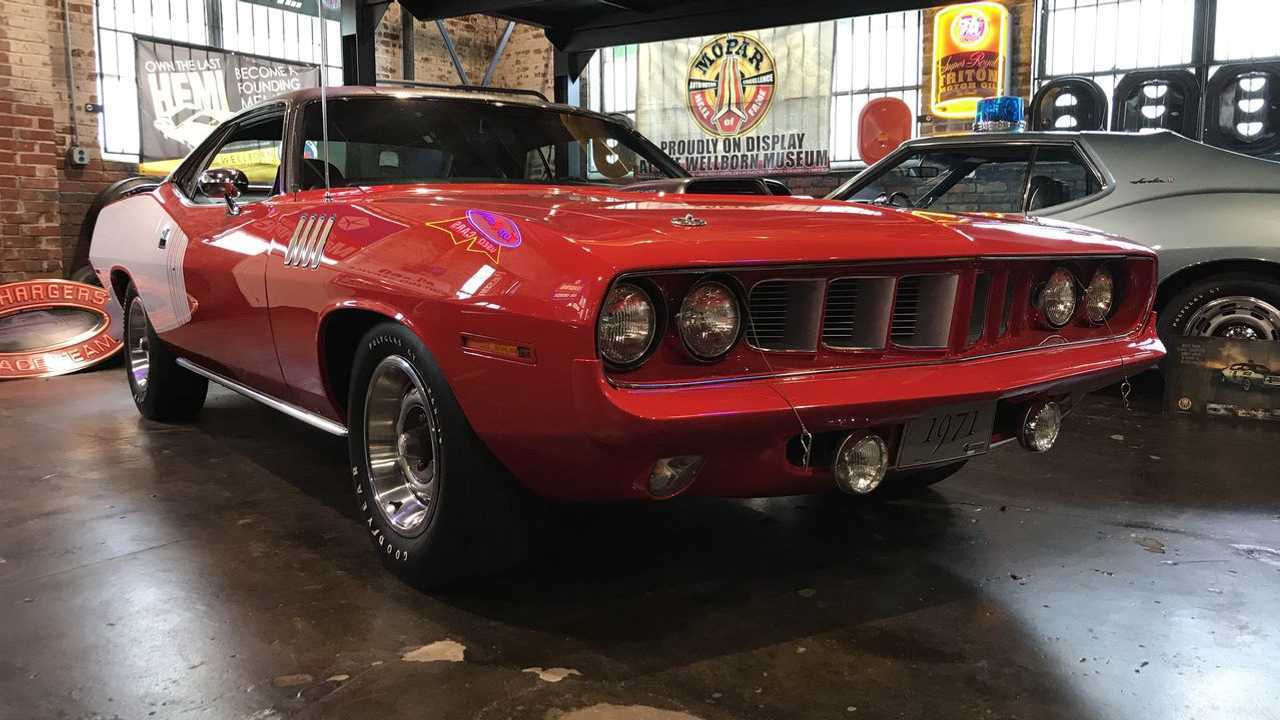 How well do you know the Mopar legend?

A lot of people talk about the legendary Plymouth ‘Cuda, one of the most explosive models to emerge from the great American muscle car wars. Despite its legendary status, you’d be surprised how little most people actually know about the vehicle and its history.

Gallery: Ten Things You Didn’t Know About The Plymouth ‘Cuda

Some people mistakenly think ‘Cuda is just a nickname for the Plymouth Barracuda, like how Chevrolet and Chevy are interchangeable. While the cars are related, like how a Mustang and a Shelby GT500 are, Plymouth launched the ‘Cuda as the more performance-oriented version of the Barracuda back in 1969. Barracudas had been around for years before that, but as the muscle car wars heated up, it was time to really push the envelope.

A lot of people get the Plymouth Barracuda and ‘Cuda mixed up, so you might go look at a car someone insists is a ‘Cuda but they’re mistaken. The easiest way to get things straight is to check the VIN. All Barracuda VINs start with “BH” and all ‘Cuda VINs start with “BS.”  Obviously, “B” stands for “Barracuda” while “H” is for “High” and “S” is for “Special.”

Mecum auctioned off the most expensive ‘Cuda to date back in June of 2014, a 1971 convertible with a four-speed transmission, one of only two made for that year. That rarity fueled a staggering $3.5 million price at the auction, making it not only the highest price paid for a Hemi ‘Cuda up to that point, but for all Mopars.

You might not realize it, but the car Kevin Hart was riding in during that infamous crash last summer was a 1970 Plymouth ‘Cuda called Menace, which was modified by SpeedKore Performance Group. Most likely Hart still owns the car, although the last update on it indicated the muscle car was in many, many pieces. The future of the vehicle is uncertain, but we certainly hope it makes a full recovery.

Everyone knows the statement “there’s no replacement for displacement.” It seems Plymouth disagreed with the 1970 and 1971 ‘Cuda models, at least in a way. The displacement figure for each engine was proudly displayed on the hood scoop, except for if the 426 Hemi was installed. Instead of “426” it read “hemicuda” in one word with all lowercase letters.

Some would argue Mopar boasts the best paint colors from the golden age of American muscle cars. While that’s debatable, it’s a fact that Plymouth went big for the 1970 ‘Cuda and offered 25 different paint colors. Of those, five cost more because they were High Impact options: Tor-Red, Lemon Twist, Vitamin C, Lime Light, and In Violet Metallic.

Pretty much everyone knows Plymouth ‘Cuda was built on Chrysler’s E-body, like the Dodge Challenger, with a steel monocoque. What you might not realize is to fit some of the big V8s engineers used the same front subframe as the Chrysler B-body cars. This kept the pony car competitive without upgrading the overall size. However, this design made the ‘Cudas notoriously nose-heavy, especially with a Hemi under the hood.

The Plymouth AAR ‘Cuda was only made for 1970 with production capped at 2,724 units. While there are some nice modifications on these cars, one of the fastest ways to identify one that’s factory-spec is the unique exterior graphics. While a lot of enthusiast recognize them, few know what the broken stripe down both sides is called a strobe stripe.

Most enthusiasts don’t look at fake hood scoops, vents, etc. kindly. You might be disappointed to learn the fender vents on 1971 Plymouth ‘Cuda models aren’t functional, the only model year to pull such a stylistic trick.

Most people don’t fixate on the placement of antennas on cars, but engineers absolutely must ensure optimal placement for each design. The AAR ‘Cuda posed a bit of a challenge for the antenna location because the fiberglass hood caused interference. That lead to engineers mounting it in the rear so drivers could listen to some tunes while cruising around.

See it in full 360-degree view and learn more about the ‘Cuda here.

Ten Things You Didn’t Know About The Shelby Cobra