Where To Go When You Care About The Car You're Selling 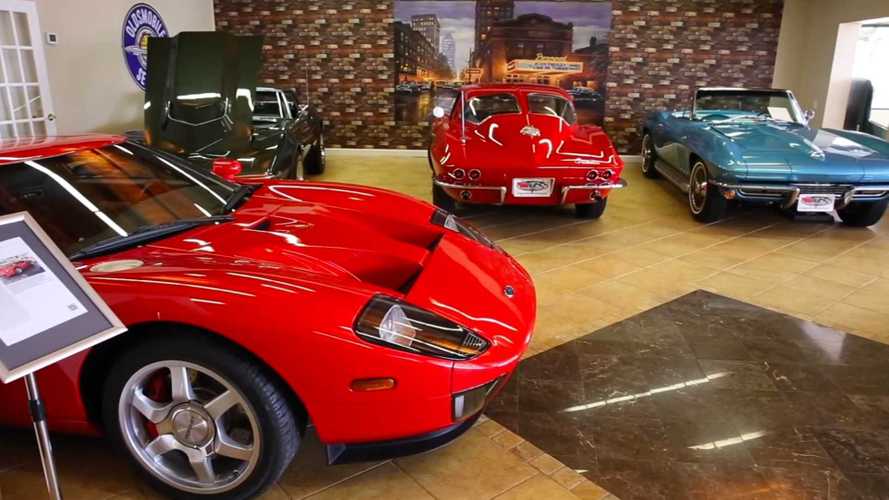 What's the best option to sell your car when you don't want to sit it on the side of the road for sale?

Chris Zlamal Sr. grew up with a dad and grandad who worked in automotive sales, but he wasn’t exactly turned onto the traditional car dealership business model. The way the car business operated during the time Chris was growing up was off-putting to him, so he gravitated towards another aspect of the automobile. In high school, Chris started buying Volkswagen Bugs and Ford Pintos, which he would fix up and flip.

When Chris became a resident of Florida in 1992, he was sending his finds of really nice used cars to his dad back in Ohio. That seemingly simple concept behind the way they were doing business rapidly expanded. What started off with 20 cars became 40, 60, 100, and more. The company Chris Zlamal would go on to open, Classic Cars of Sarasota, currently has 147 cars for sale - it was only able to grow to that level thanks to the expertise and personal touch CCS can offer.

Working in service at CCS, Chris Zlamal Jr. joins in on the family business, offering that “Classic Cars of Sarasota is a multifaceted business,” Chris continues that “We don’t just deal exclusively in classic cars, nor do we only do business in Sarasota.”

The headquarters houses 140 cars, alongside guitars, bikes on display, and memorabilia. The over 50,000 sq. ft. facility houses everything from VW Bugs to special edition Corvettes, Mustangs, and something for every car collector. In addition to housing some of the most amazing cars around, the facility also has a shop that does full, frame-off restorations as well as customer-requested modifications, so all visions are welcome at CCS.

The day-to-day operations at the corporate office are a little different than the warehouse-based facility - this is the boutique selection of the Classic Cars of Sarasota. Every car that spends its day here has to have a certain level of ‘wow’ factor, and they represent the best-of-the-best.

What you won’t find is a sales person at either facility, and that goes back to Chris Sr.’s dislike of the traditional car dealership. That’s not to say they won’t sell you a car, and help you with anything you need along the way, but they’ve removed that ‘badgering’ aspect of having a salesman follow you around.

CCS respects what kind of money people had to earn to buy their dream car, and that’s rolled into their business model. “Everyone has a notion of what to expect out of someone when doing business with them,” says Chris Zlamal Jr., “We try to exceed that expectation during every interaction.”

Alternatively, when you’re on the other side of the collector car market as the seller, there are only so many options when you are ready to sell your car. When you’ve hung onto a valuable car, there aren’t as many options out there as selling a ‘normal’ car.

Consigning a car is a process known in the industry as an option for people who genuinely care about their cars.

Gallery: Where To Go When You Care About The Car You're Selling

During the consignment process, the owner wants to find the car a new home, not just take it to auction and let it go to the next highest bidder. Selling a car this way allows the owner to find the car’s next caretaker.

The consignment process with CCS starts with learning the story behind the car, since each one has its own unique story. From there, the condition of the car is evaluated, and an honest assessment of the valuation, expectations, and what to expect from start to finish is discussed.

Whether you’re the buyer or the seller of a car through Classic Cars of Sarasota, their goal is to treat you like you’re the only customer they have. That means you get their undivided attention, unlimited access to many years of knowledge, and leave happy, no matter what.

When Can You Consider A Car ‘Classic’?
Source: Motorious
++Share