What Happens When Classic Car Inspections Don’t Go As Planned? 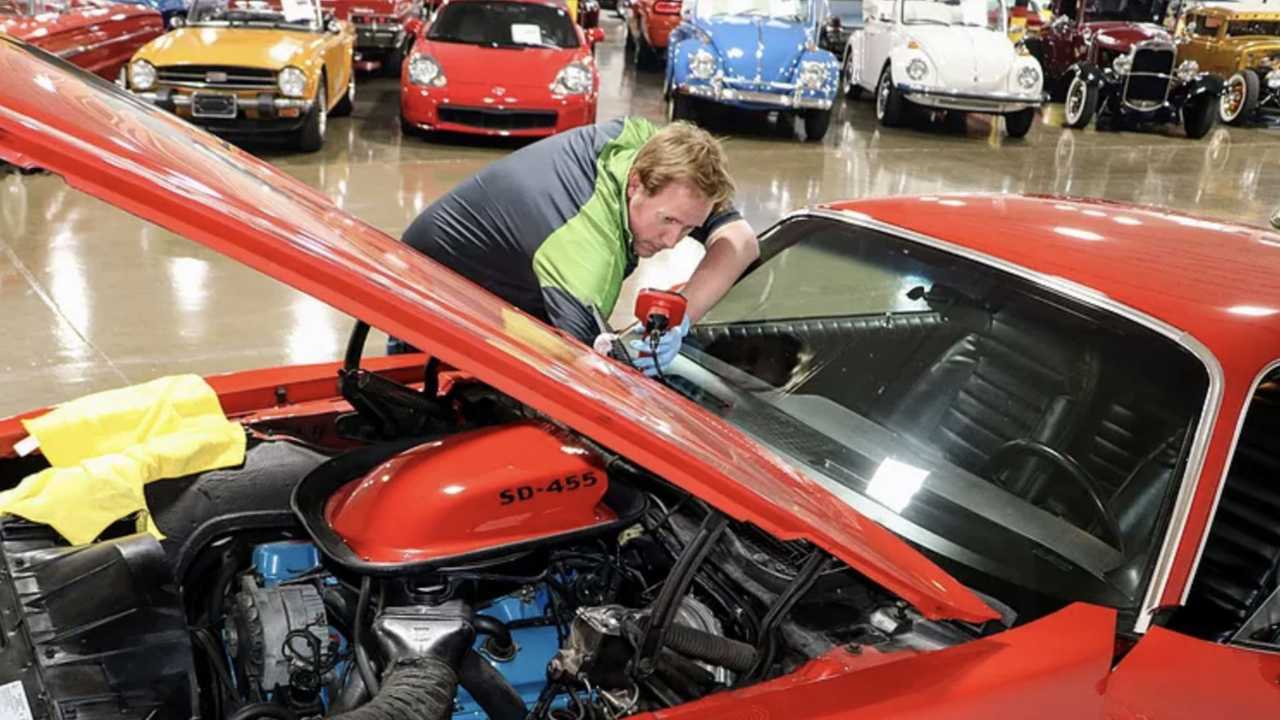 John Hansen, owner of Michigan Automotive Inspection Services, and professional Inspector and Appraiser is someone who has become our regular go-to expert when we’re looking for information on car inspections. He’s spent the last 25 years inspected hundreds of classic cars for clients all over the world, and has seen a few interesting things in his career. Here is an example of when a situation has gotten challenging.

As someone who makes his living inspecting classic cars across the country for potential buyers, I’ve had the opportunity to inspect some amazing cars for many different clients. As time goes on, I’ve noticed that some inspections are more enjoyable than others, and there are times when a vehicle I show up to inspect winds up taking much longer than expected because the car in question is not what it was represented to be. The vehicle may be perfectly fine mechanically, rust-free, and cosmetically beautiful, but there are secrets in the sheet metal, clues and tells that indicate that everything is not as it seems.

Such was the case with a Camaro I was recently sent to look at for an overseas client of mine. I had been keeping my eyes open for a clean, unmodified, numbers matching 1970 Z/28 for this client. I had inspected a nice one for the gentleman a few months prior, but he lost the deal when another buyer came along while my client was working out logistics to get the car imported into his country. With the other car sold, I went on the hunt for another satisfactory example for my client to consider.

It took a couple of months, but another contender surfaced, at a consignment dealer a few hours away. I sent my client the listing and he wrote a couple of days later after talking with the dealer and told me to head out to see it.

One of the reasons I was drawn to the car was because of all the information contained in the ad. Represented as a rare ’70 Z/28 RS, with numbers matching LT1 and 4 speed. It got better, however, as the seller provided a full accounting of lots of information I generally decode and authenticate when inspecting cars like this. The seller had decoded the data plate, listed the block date and casting code, as well as the block suffix and assembly date, with VIN derivative. He had decoded the Muncie; both the casting code and P-code, with VIN derivative, and completely decoded the rear end with casting date and codes, both the ratio code and assembly date stampings.

The Delco starter, alternator and distributor part numbers and date codes were documented, as well as the water pump, intake, and exhaust manifold casting dates and codes, even the date stamps on the fan blades were listed. The carb was a correct model but not original 780CFM reproduction Holley. Disappointingly, there was no build-sheet or Protecto-Plate. It’s uncommon to find Norwood built Camaros of this era with a build sheet anywhere in the car, but not uncommon to find them in cars built in Van Nuys, which this one was reported to be.

In my experience, ads like this one usually mean one of two things; I’m either going to look at a fantastic, no excuses example owned by a knowledgeable enthusiast who knows exactly what they have, or I’m going to look at a mess disguised as something it’s not. Unfortunately, this Camaro was the latter of the two. According to the data tag, the car was born Hugger Orange with a black interior. The paint was gorgeous, and the body work clean and straight. Walking up to the car when I arrived, I was impressed. Unfortunately, the trouble started soon after.

Straight off, I found the VIN plate under the windshield somewhat suspect. There were cosmetic issues observed, including notably shallow character stampings and uneven spacing of the numbers.

Moving to the rear of the car, the trunk was full of items, but I don’t let that stop me; everything comes out, including the spare, for a complete examination of the trunk area. The trunk was very solid, with a period splatter finish applied on the floor and inner quarters. The trouble started when I looked under the package tray, which was mostly bare metal, except for a few very small but unmistakable hints of Astro Blue paint peeking out, sending my manure alarm into full alert.

There were a few other subtle hints of blue in the trunk, under the trunk latching mechanism, and deep in the recesses of the inside of the trunk lid. Shining my flashlight into the access holes on the underside of the lid showed light remnants of blue that the orange paint had failed to completely conceal. A further assessment under the hood revealed two tiny chips in the black paint in the upper cowl that showed more blue under the black paint. Looking inside the car, I saw a nearly completely restored and beautiful interior, but quickly noticed that both sun visors and both lower front kick panels had formerly been blue originally and had been re-dyed black to match the rest of the interior. Pulling up on the trim panel over the rear package tray from inside the car showed more blue paint, calling into serious question the legitimacy of the data tag on the car.

I suppose I could have walked away at this point, but inspections like this represent a great opportunity for observation and learning. I knew we had some level of manipulation afoot, but wanted to dig deeper. Jacking the car up, I slid under the rear and started poking around, immediately noticing chunks of welding slag and wire on and around the frame rail brackets for the Z/28 specific rear stabilizer bar. The clean and dry frame rails showed no evidence of ever being replaced, but these brackets (and the sway bar itself) were obviously added later, which is not exactly the stuff real Z/28’s are made of.

Sliding further forward, the transmission tunnel was a mess. The cutout for the Hurst shifter was little more than a large jagged hole, far too large and incorrectly shaped, with saw marks in the sheet metal at each of the corners of the hole. All 4-speed F-bodies of this era had a separate boxed hump welded over the top of the cutout in the tunnel, but the hump on this car was added later, and was not welded, but secured to the tunnel with sheet metal screws instead, all indications that this car started life as an automatic. Yet strangely enough, of course, right on the side of the Muncie was a correct partial “matching” VIN.

Under the hood, the stamp pad on the block looked okay, and the partial VIN stamp matched the VIN on the gearbox. The block casting date and code were both reasonable for the build date on the data tag and the production number in the VIN, but since the data plate denoted this car was born Hugger Orange when it clearly was not, I had no faith in the legitimacy of the data tag. The motor certainly sounded like the vaunted and legendary solid lifter LT-1 that makes the Z/28 so great, but that was the only thing that was good about this fake “Z”. Stepping back out from under the hood, I let out an audible sigh, the inspection had officially gone sideways. There were some other clues this car was not correct, and the seller was about to hear some bad news, and so was my client- this car was not the Z/28 RS it was claimed to be.

Things only got worse that night back at my office. I always like to do a little back-office legwork on vehicles I inspect before the inspection, but I couldn’t find any history on this example- until I realized the VIN on the seller’s ad was missing one digit of the actual VIN. A correct VIN got me everything else I needed- 2 auction sales in the past few years at different auction houses, with both auction houses declining to represent it as a real RS, or as numbers matching. Both auction sales brought less than half the current asking price (which was almost $60,000) for this wolf in sheep’s clothing. Even worse, pictures of the engine area in both sales clearly showed no data tag on the cowl at all, confirming my suspicions that the tag had been replaced.

My client overseas client would have made a costly mistake purchasing this car for anywhere close to the asking price. More than that, my client wants a real one, and he knows it. He wouldn't have purchased the car for $25k, it's just not what he's looking for. A real ‘70 Z/28 is a fantastic car, and worth every bit of the $50,000 and up that quality examples trade hands for. I saved my client $60k that day (not including the cost to ship and import the car halfway around the world), and while he’s still looking for a good Z/28 to add to his stable, he’s well ahead by not turning $60k into $30k buying the wrong car.

So, what happened with this Camaro? I believe the most likely scenario is that someone took an Astro Blue Camaro that was originally an automatic and mated it with a correct drivetrain that came from a real Z/28. A reproduction data tag and counterfeit VIN plate, along with all the right Z/28 and RS bits easily sourced from any number of part suppliers was all that was needed to complete the illusion.

This Camaro is a perfect example of why a professional evaluation of any potential classic car purchase is a necessary step that any wise buyer will undertake. In fact, it was this car the prompted me to develop a means of easily discovering the hidden VIN’s on 2nd gen F-bodies in a non-intrusive way.

These cars all have hidden partial VIN stamps on the firewall below the heater box. Conventionally, the only way to see this stamping was to remove the passenger side inner fender and heater box, but because of this car, I created a rig for my borescope camera that enables me to observe the stamping through the cowl, with no disassembly of the vehicle required. I’m confident that had I examined the firewall on this car, I would have found a partial VIN stamping that does not match the VIN under the windshield.

Today, I have the necessary equipment needed to see hidden VIN’s on high-dollar F-bodies, such as a ’73 Super Duty 455 Trans Am I authenticated for another client. Unfortunately, this Camaro is not a fluke or anomaly in the classic car world. I see and hear about cars like this more often than I should. The wrong cars are still out there, waiting for an unassuming buyer who won’t take the time to do their due diligence before purchase. A competent PPI is a useful is a useful and necessary part of any classic vehicle purchase.

John Hansen is an automotive writer and owner of Michigan Automotive Inspection Services, which provides professional pre-purchase inspection, consultation, and appraisal services for classic automobiles located throughout the United States. You can learn more at michiganais.com.

Show Your Chevy Corvette Passion In This 2002 Commemorative Edition