Automotive Comebacks And Failures Of 2019 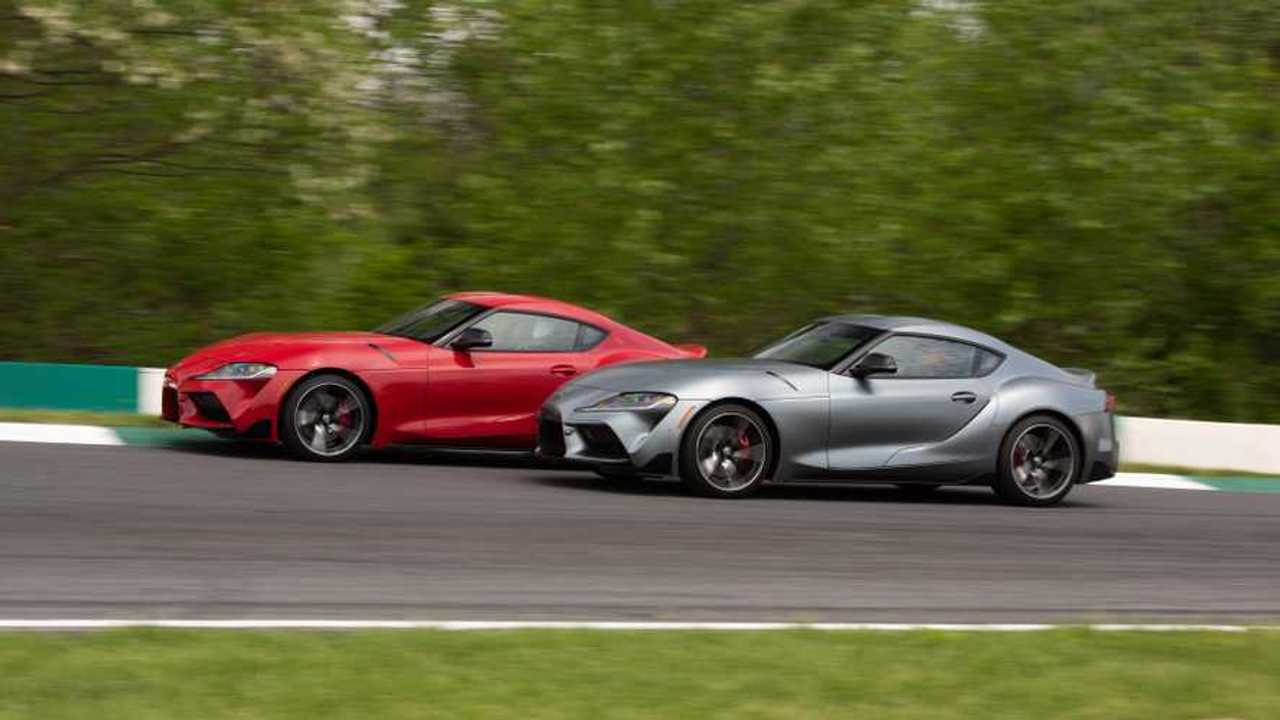 It’s been a year full of both.

What a wild ride 2019 has been. In the automotive world we’ve seen all kinds of big reveals, shocking revelations, and plenty of cool vehicles. However, not everything has been great. Some of the biggest flops have come out of the past year. Now it’s time to reflect on the automotive comebacks and failures of 2019.

With the rumors swirling around of a Ford Bronco fit to take on the Jeep Wrangler, one would think GM was hot to launch its own trail-worthy vehicle, especially since the storied Chevrolet Blazer nameplate was making a return. One would be wrong. While this “sporty” crossover was revealed last year, it was in 2019 we received multiple reminders of its presence while parking at the grocery store, attending youth sports events, and driving past various yoga studios. Oh, and Chevrolet had the gall to compare it to the Range Rover Evoque in its laughable “Real People, Not Actors” commercials.

It’s not like the Chevy Corvette has sunk into irrelevance lately, but C7 did reach the heights of performance for the front-engine platform, if you believe the throngs of engineers who agreed with that assessment. It was with much fanfare GM revealed the much-rumored mid-engine C8. While some people got excited about the $58,900 starting price, what really piqued our interest was the sub-three-second 0-60 time for the Z51 and the 194-mph top speed for the base model. As they say, the proof is in the pudding.

Overall, people seem to like the design of the C8 Corvette. It’s easily identifiable as a ‘Vette even though the engine sits mid-ship, and it looks appropriately aggressive. Then there’s the interior. Everyone saw the steering wheel ahead of the car’s reveal, and it was cringe-inducing. But the strip of controls between the driver and passenger is about the ugliest, most laughable designs we’ve seen in a car for some time.

There were plenty of reasons to be excited about an all-new Toyota Supra, considering it’s a legendary sports car and aftermarket prices keep climbing. What we got wasn’t a Toyota, but instead was a re-skinned BMW Z4. Surely Toyota has the resources it could have designed and engineered a fantastic sports car by itself, but instead it decided to save some cash and just slap different body panels on a Bimmer. Sure, performance specs are impressive, but the Supra doesn’t have the look or feel anyone was expecting. Sadly, the Toyota Supra Heritage Edition created for SEMA actually nailed what a futuristic Supra should look like, which was like pouring salt in the wound.

While the last Shelby GT500 was fantastic for its time, a lot has happened in the muscle car world and it no longer seems as insane as it did in 2007. Putting out a monstrous 760-horsepower, the supercharged 5.2-liter cross-plane-crank V8 is just beyond incredible. While it sounds and looks mean, the new GT500 should tear up the track with ferocity, and not just the drag strip. Ford Mustang fans will be bragging about this car for some time, and rightfully so.

Speculation about what Elon Musk meant when he said Tesla’s new pickup truck looked like nothing else on the market ran wild, but nowhere near as wild as the reality. This prismatic “truck” elicited a snicker from the crowd the moment the Tesla Cybertruck first drove out on the stage, and those people supposedly are Tesla fanboys. To make things even more laughable, Musk broke the “unbreakable” windows twice while stammering through the incredibly awkward presentation. The leading theory is that this design was penned by Musk himself when he was five, so he’s fulfilled a lifelong dream. Never give up, kids!

Sure the Shelby GT500 was a huge shot in the arm for the Mustang’s image, but the Ford Mustang Mach-E did the exact opposite. After all, naming a crossover of any kind a Mustang is an interesting strategy you wouldn’t be wrong for calling stupid. On top of that, Ford decided to also twist the Mach-1 name for this obvious cash grab. While the performance specs look impressive on paper, this is still one fat pony and a huge blunder for Ford.

We don’t indiscriminately hate electric cars, lest anyone say that’s what hating on the Mach-E comes from. Case in point, the Lotus Evija. Before being purchased by Geely, Lotus was pretty much a walking corpse. Finally, the long parade of Evora special editions came to a halt and the storied British automaker blew everyone away with the Evija. It looks like a proper hypercar with an appropriately aggressive rear diffuser, swooping lines, and a face that looks like it will eat yours. This EV has the performance to back up all that, including a 200-plus mph top speed and almost 2,000-horsepower on tap. This is how you do a comeback.

Someone needs to have a serious talk with the design team at Chevrolet because the new Silverado HD, Tahoe, and Suburban came out of the oven half-baked. The worst one is the Silverado HD with a grille which was literally designed using focus groups, of all the insane things. The grille and lights just keep going and going. As for the 2021 Tahoe and Suburban, they both have what looks like a permanent sneer on their face. Over-styled is the best way to describe these blunders.

Cars there days are for the most part just loaded with screens, and it’s getting worse. Not only do you have the central infotainment screen, now a lot of gauge clusters are screens, plus passenger-side screens are becoming more common. And the screens keep getting bigger and bigger. In some vehicles you can’t even change the air temperature or sound system volume without using a touchscreen, making classic cars just that much more appealing.

We don’t get to see the all-new Ford Bronco until next spring, but Ford has officially confirmed it exists. It also revealed a Bronco R Baja prototype racer, which gives us a foggy idea of what the retail off-roader will look like. Patent filings for removable doors and roof promise to make this the Jeep Wrangler fighter people really want, instead of another weak mall crawler like the new Chevy Blazer.

It’s always sad when people lose their jobs, but with TEN Publishing shutting down 19 of its car magazines this change was long overdue. Most people don’t buy print magazines these days, so the fact all those titles lasted that long is nothing short of amazing. That leaves a mere 3 titles still going: MotorTrend, Hot Rod, and Four Wheeler. This doesn’t mean those 19 publications are completely gone, just that the print magazines are no more. Some, like Automobile Magazine, will continue on through the internet, but the exact fate of each title isn’t entirely clear.

The roaring success of Ford v Ferrari was a comeback for good movies, especially films about car culture. It wasn’t the tacky, over-the-top garbage you get served over and over from the Fast and Furious franchise, but instead a tale of determination, ingenuity, and people who have a passion for automotive performance. It was a story so many of us knew well, but for the general public it was something new. Hopefully more now understand why we crave the cars that go fast on tracks with plenty of challenging turns. The movie was a masterpiece on so many levels, from acting to cinematography, doing proper justice to automotive legends.