Ten Things You Didn’t Know About The Shelby Cobra 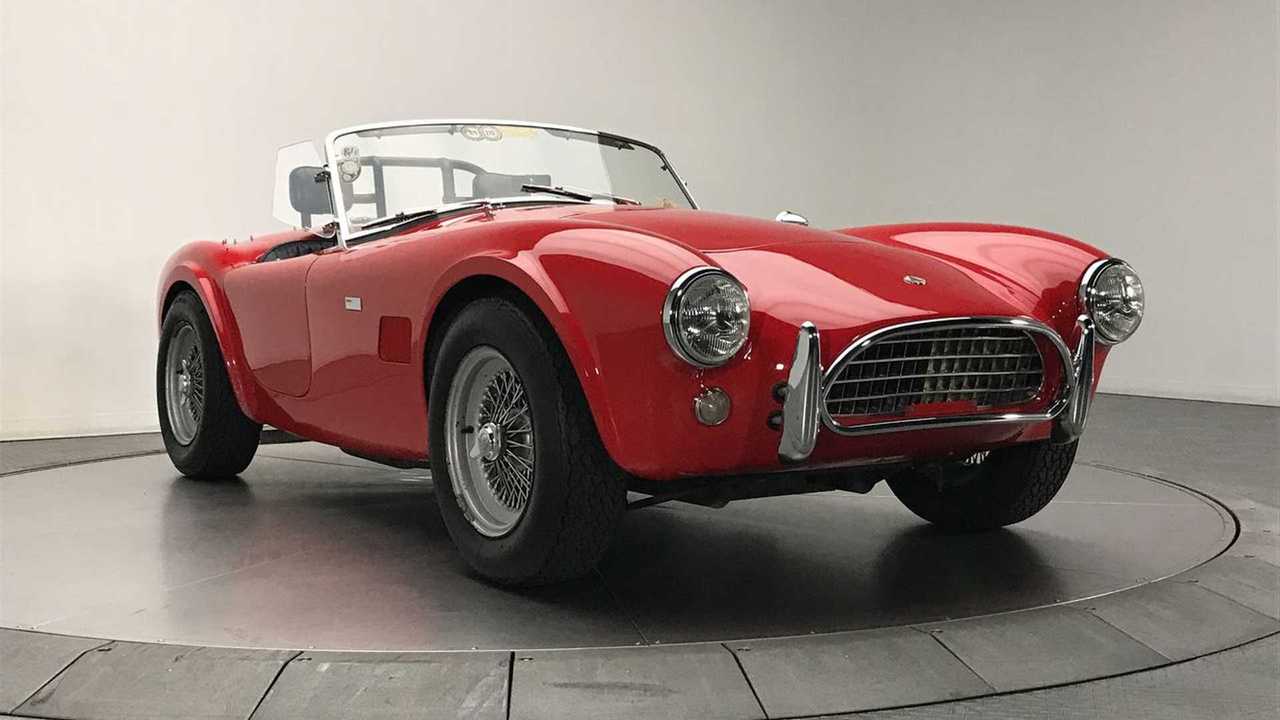 Everyone knows about the Shelby Cobra, the little roadster which launched Carroll Shelby’s career as a car builder. It looks fast just sitting in a parking lot, plus it has the guts to back all that up. But how much do you really know about it? Read on for ten facts about the Shelby Cobra you might not have known before.

Carroll Shelby was a friend of Bill Cosby and one day the former racer asked the comedian why he drove Ferraris. Shelby then convinced Cosby to get a CSX 3015 Super Snake, which was the ultimate version of the Cobra 427 competition roadster. Only two were built and both are worth large fortunes. One sold at Barrett-Jackson’s Scottsdale sale for a cool $5.1 million. The car was so powerful it scared Cosby, so he sold it. But for a moment he wasn’t driving a Ferrari, so you might consider that an accomplishment.

You probably already know the Shelby Cobra used AC Ace rolling chassis, with Mr. Shelby shoving a big Ford V8 under the hood. What you might not realize is the design for the Ace was heavily inspired by the Italian coachbuilders’ work, particularly the Ferrari 166 MM Barchetta. John Tojeiro, a British enthusiast, created his own version of that roadster and called it the Cooper-MG. To get more financial means, Tojeiro sold the rights to his car to A.C. Cars Ltd. The boutique automaker in Surrey was looking for a sexier body style and scored big time.

Many builders use Chevrolet V8 engines for a variety of excellent reasons, and Carroll Shelby was going to do the same thing with the AC Cobra. However, since the high-powered roadster would hit the market at the same time as the C2 Corvette and it would be a direct competitor, GM wasn’t supportive. Shelby’s second pick was Ford, which supplied the new Windsor V8. You can’t help but wonder what would’ve happened if GM had decided to support the new Cobras.

Did you ever hear about how Shelby's "Secret Weapon" CSX2286, a one-off Shelby Cobra Dayton Coupe built specifically for the 1964 24 Hours of Le Mans, was involved in a horrific accident as it was being transported by truck to the race? Many people repeat the legend, but it was completely fabricated. The car wasn’t finished in time for the competition, so it sat in Carrozzeria Grand Sport, an Italian body shop located in Modena. Some think the story was actually dreamt up by Carroll Shelby as a way to save face after his car didn’t show for the race. It was supposed to embarrass Ferrari on its own turf, but Shelby was able to help do that at the 1966 Le Mans, so it kind of worked out.

Most people don’t realize Ford experimented using the CSX chassis, creating a few different concepts. One of the most famous was the Mercury Cougar II, revealed back in 1963. The word is that Ford executives weren’t wild about the AC body on the Cobra. Some thought it was too conservative, while others weren’t fans of how thin the aluminum body was. There’s heavy resemblance to the Chevrolet Corvette Stingray in the concept.

You might think the Shelby Cobra Daytona Coupe was the first time the roadster body had been converted into a fixed hardtop, but that’s actually not true. AC actually made a fastback hardtop version of the Ace starting in 1954, calling it the AC Aceca Coupe. What’s more, that hardtop model stayed in production until 1963, so it wasn’t something which was around for only a brief period of time.

They say imitation is the sincerest form of flattery, or something like that, but Carroll Shelby and his associates obviously disagreed. Shelby American Inc. and Ford jointed forces back in the early 2000s to stamp out reproduction models of the AC Cobra, specifically targeting Factory Five Performance and Superformance. Several years later the companies settled the matter out of court, and fortunately you can still get a reproduction Cobra which won’t cost you hundreds of thousands of dollars or more.

With the explosive Ford V Ferrari movie debuting, Shelby American decided to cash in on the fan frenzy and make some reproduction vehicles of its own. Among them are three different versions of the Cobra. You can call it a cash grab or a wise business move, depending on how you look at things.

The Shelby Cobra is a legendary American car and it comes by that reputation rightfully. Instead of relying on flashy marketing ploys, Carroll Shelby did what he knew best: building scary-fast cars. For years the Cobra 427 remained the most potent American performance car in just about every aspect. For example, with the Competition package installed, it did 0-60 mph in just over 4 seconds, a time which was blistering for the 1960s.

Sometimes you can have too much of a good thing. Raw performance is great, but only if you can handle it. A lot of people with financial means stretched beyond their driving capabilities when they purchased a Shelby Cobra. Maybe they wanted an expensive car to make them look good or they thought they could handle what was essentially a street-legal race car. Whatever the reasons, quite a few original Cobras were crashed by their owners, adding to the value of those today which are truly accident-free.

See it in full 360-degree view and learn more about the Shelby Cobra here.

Ford Performance And Shelby Vehicles To Take Over Barrett-Jackson