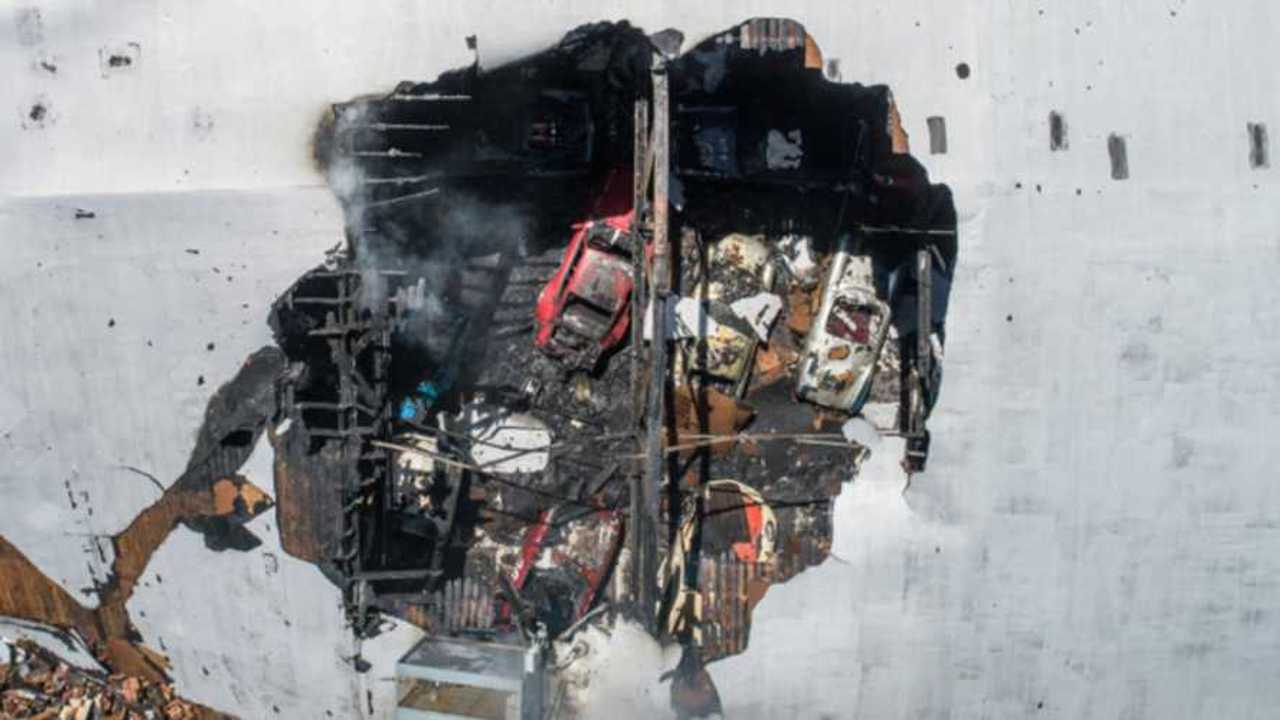 This was a horrible accident.

Looking back on 2019, the most devastating tragedy involving classic cars was most definitely the destruction of part of the Ingram Collection in a natural gas explosion during the early morning hours of April 10, 2019. Located in Durham, North Carolina in a plain-looking red brick building, Bob Ingram would display his impressive collection of about 80 Porsches. The natural gas explosion seriously damaged much of the collection and the building it was in, killing two people and injuring 17 others.

The cause of the explosion was revealed to have been a work crew working in a neighboring building. They accidentally damaged a natural gas line and the rest is now tragic history.

Ingram didn’t parade his vehicles from the wreckage after, and nobody honestly expected him to. However, news helicopters were able to provide a glimpse of the carnage inside, cars obvious cremated and sitting in smoldering ruins, all in clear view through a humongous hole in the building’s roof. One of the vehicles spotted in the wreckage was a Porsche 550 Spyder.

Celebrated for being one of the largest Porsche collections in the United States, the so-called People’s Porsche Collection was even profiled on Porsche’s website back in 2015. Ingram has owned some rare models, including several Porsche 356s, a Porsche Carrera GT, Porsche 959, Porsche 911 2.7 RS, Porsche Cayman GT4, and Porsche 918 Spyder.

It wasn’t until October of this year that Ingram opened up more about the aftermath of that fateful explosion. His primary concern was for the people who were in the building, but then as he surveyed the cars he said disappointment washed over him. One of the total losses was a 1959 Porsche 356 Carrera GT, one of only 15 made that model year.

Another victim of the explosion, fire, and water damage was a 1960 Porsche Carrera Abarth GTL. Only 20 were built in 1960, but that particular vehicle has a history which only increases its value. A Swedish count bought the car and took it racing, winning all 11 times he went to the track. What’s more, the Porsche had been invited to the Pebble Beach Concours and it had to be restored in about four months. Through long hours, the restoration company Ingram’s son owns was able to get the Carrera Abarth GTL back to tip-top shape in time. Then it scooped the Best of Class award at the Concours, a nice victory after a painful setback.

There is another bright side to this story: not all of Ingram’s Porsche collection was in the building at the time of the explosion. He has disclosed that only 26 were present, however a mere six were salvageable. Those aren’t good odds, so it’s fortunate not all 80-plus Porsches were in the building or the carnage would have been even worse.

Bob Ingram got his start in the pharmaceuticals industry, then later he switched to venture capitalism. But cars have been his passion, particularly Porsches. Instead of just keeping his collection hidden away, Ingram shared it regularly with the public through tours and events held in the building. He even helped raise over $700,000 for charitable causes before the explosion tore everything apart.

Sadly, there’s been no announcement of the Ingram Collection opening up to the public again in a new venue. However, Cam Ingram says his brother Rory who is the collection’s general manager is working on rebuilding. He didn’t provide any details of what that means or when to expect a re-emergence of any cars. Hopefully that happens in the near future, considering how much joy it provided to the local community.