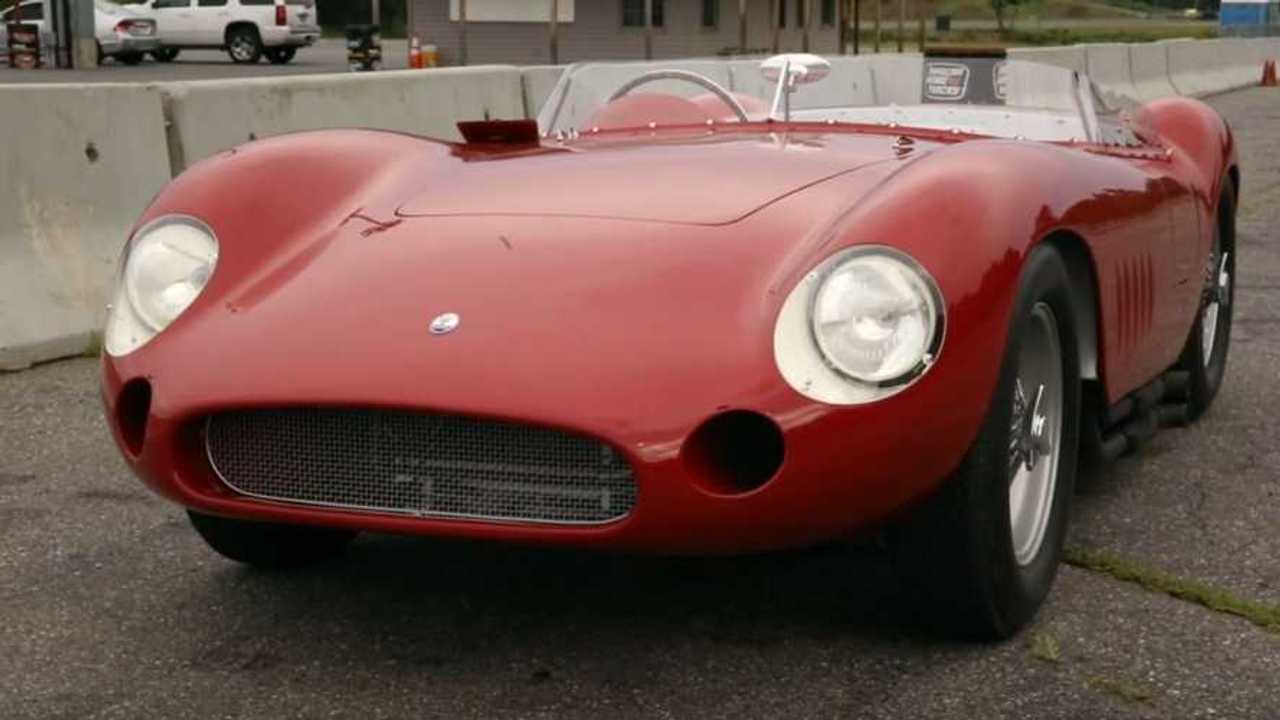 Preserving the history of a car is not always as easy as it seems!

Out at Thompson Speedway, Rob Kauffman, owner of RK Motors, brought out a special car to track, a 1957 Maserati 300S. The striking red car is fresh off of a year long restoration that took about 5,000 hours of work to complete. Rob enlisted Rare Drive to complete the restoration, they had worked on his impressive GT40 in the past.

After all this work has been done to it, Rob wanted to give it a thorough shakedown to load the suspension and put some heat through the powertrain before it saw any real street time, and our cameras were there to capture the magic of this car.

Owner of Rare Drive, Mark Allin, weighed in that, “On a car like this, when you begin the restoration, it’s kind of like an archeological dig - you’re looking for any information you can find.”

Some would call the Maserati 300S the most beautiful car ever built, and others know it as a competitor for Ferrari in the racing circuits of the mid-1950s. Examples of the extremely limited production car were driven by racers such as Sir Stirling Moss and Caroll Shelby.

When RK Motors acquired the car around two years ago, it had been ‘raced hard and put up wet’, and even though the old race horse had been well-maintained, they decided it was time to go back to basics with the Maserati. This particular car already started out as a great example of a 300S, but it did take doing things others had deemed not possible to get it back to original condition.

Completing the restoration was not an easy task, largely due to the minuscule amount of information available about these cars. Mark had to take an immersive hands-on approach to it, and traveled the world to get his eyes on any piece of information, or example he could possibly find.

“These were hand-built race cars in period, so they’re all a little different,” says Rob, “the real key issue was to go back and do research to find out what it really was.”

All the original sheet metal was put back on the car and they repaired all of the pieces that someone had deemed irreparable in prior years - the car is a completely original bodied car. The end result represents the time period correctly, instead of an interpretation using aftermarket body parts and improvisation.

Respecting the history and significance of a car is extremely important to Rob, and so is using cars for what they were built to do. This car was made to look and sound like it would at the starting line back in 1957 - it’s an improved version of the car they started with, now it’s smoother and more capable than ever.

The process of restoration-to-track is not for the weak-willed, not if you’re working towards a slam-dunk like this finished project. This 1957 Maserati 300S is now headed to The Colorado Grand, an annual charity tour for 1960 and earlier sports and race cars, kicking off this week.

Super Cool 1968 Ford Thunderbird To Be Auctioned At No Reserve