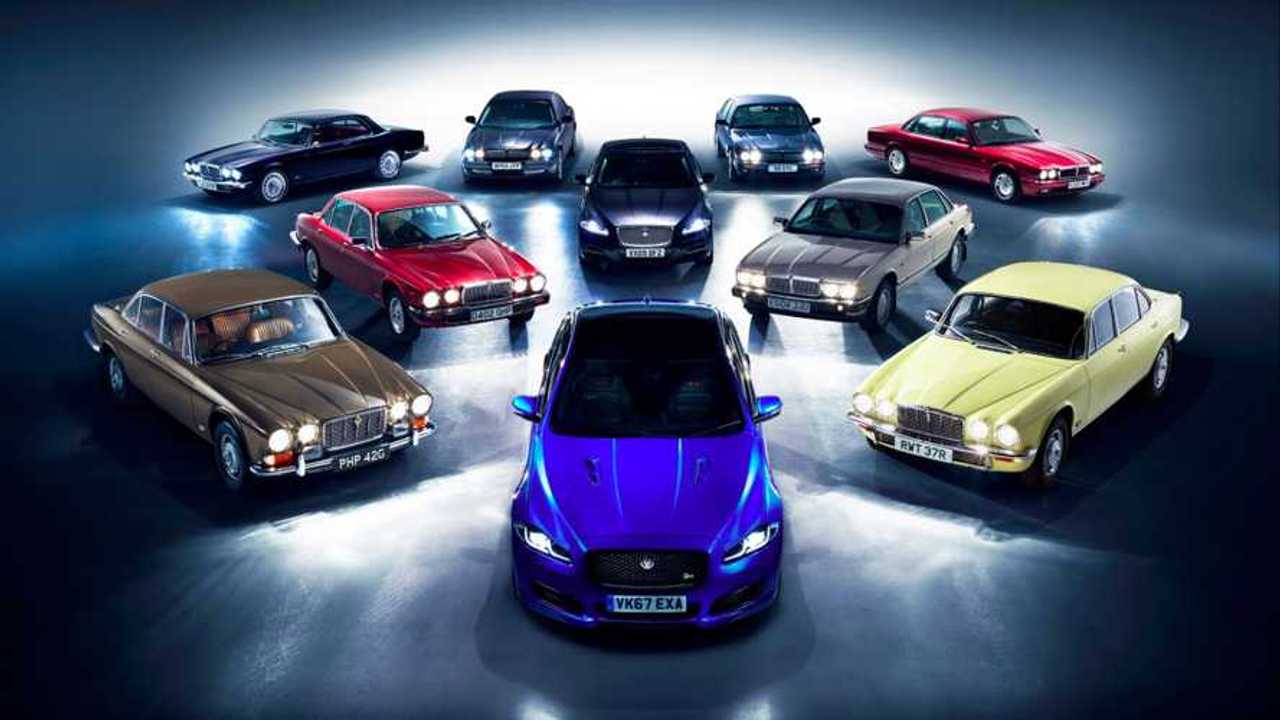 Jaguar has announced that the final XJ saloon will roll out the factory this July. It's the death of an icon as we know it

After 51 years of production in various guises, the XJ saloon as we know it has been terminated. The last example will roll off the assembly line on July 5 according to industry insiders, closing Jaguar’s book on their ultra-decadent executive barge.

Rumours have circulated over the axing of Jaguar’s flagship model for some time now, with low sales figures and financial issues at Jaguar Land Rover hammering those final nails into dear old XJ’s coffin.

Further speculations state that an all-new, electric XJ could be in development using technology and experience gained from the award-winning I-Pace. While Motorious believes this to be the case, we doubt such advances will be presented until the marque’s economic problems are resolved.

It’s a sad state of affairs for a vehicle that has remained synonymous with historical events since conception at Browns Lane, Coventry. Marking the changing social styles we’ve encountered from the 1960s straight through to present times, the XJ also gave birth to the beloved XJ-S, highly collectable XJ-C, monumentally quick XJR,  and – amazingly – the Aston Martin DB7. You can read about that tale here.

The original 1968 XJ6 design was penned by Jaguar founder Sir William Lyons. Utilizing XKE-inspired running gear and redefining the global marketplace for luxurious and powerful saloon cars, the XJ6 quickly found favor on both sides of the law.

Employed by both the governing forces and gangland villains in equal measure, it wasn’t long before the sinister big cat found immortality on the silver screen. Celebrity owners soon followed, including the likes of Chuck Norris, Richard Burton, Her Majesty Queen Elizabeth II, Roger Moore, and Steven Spielberg. Even the Queen Mum got involved, and we drove her V12 last year.

After Jaguar became part of British Leyland, build quality woes and increasing prices soon tarnished the XJ’s image. Renowned for plaguing owners with electrical gremlins, running problems, and all-manner of rust issues, sales declined throughout the 1970s despite a lashing of upgraded internals.

Regardless of such setbacks, the XJ continued to provide transport for those on the world’s stage. A permanent feature throughout the latter parts of 20th-century culture, the big cat fast became a staple of Englishness.

It was during this time that the XJ platform was exploited to craft the XJ-S coupe and drop-dead gorgeous XJ-C. Cars which, having survived largely intact through the price troughs, now command hefty premiums for the image and driving experience on offer.

Jaguar’s premium-based market dominance intensified with the arrival of the Series III and subsequent twelve-cylinder XJ12. Still regarded as the most beautiful saloon ever crafted, collectors fall over themselves to bag a good one. Production of the Series III lasted until 1992, well into the revolutionary XJ40’s tenure as Jaguar’s leading model.

Time has been largely unkind to the squared-off XJ40. While not as aesthetically pleasing to Jag’s old-school clientele, the 1986 fourth-generation XJ practically saved the company. Once affordable on a shoestring budget, the classic market has rightfully picked up on the XJ40’s merits. We proved the XJ40 was worthy of ownership by taking ours on a Pub2Pub rally, and it didn't miss a beat.

The succeeding X300, introduced in 1993, stylistically evoked the previous curvaceous stance of retro XJ Series models. Although the front end was redesigned significantly to incorporate four individual driving lamps, under the skin very little separated the X300 from its predecessor.

With the introduction of the X308 generation as of 1997, Jaguar switched from the XJ6 and XJ12 nomenclature to XJ8; reflecting the new model’s V8 powerplant. Exterior styling was incredibly similar to the X300, yet minor refinements added an extra touch of class.

An internally redesigned X350 landed for 2003, featuring an all-aluminium body and chassis, fresh V8 engine, and enlarged interior. A facelifted X350 surfaced on the market for two years between 2007 and 2009 before the current incarnation arrived in showrooms for 2010.

Unveiled at the Saatchi Gallery by Jay Leno and Elle MacPherson, the new car kept in with Ian Callum’s design direction for Jaguar. It was a clean break from cars of the past, yet retained the svelte touches and haunches that allowed the model to boast of its celebrated heritage.

After half a century of technological innovation, and gracing our roads with the finest of class, the XJ’s future now seems somewhat uncertain. Here’s hoping Jaguar can revive the lineage with some form of electrical success.

In the meantime, the collector car market will remain awash with good XJs seeking new homes. The aristocratic saloon won’t be fading from the concours, show or Hollywood scene anytime soon, but the potential outright death of such a beloved vehicle hits enthusiasts where it truly hurts; the heart.