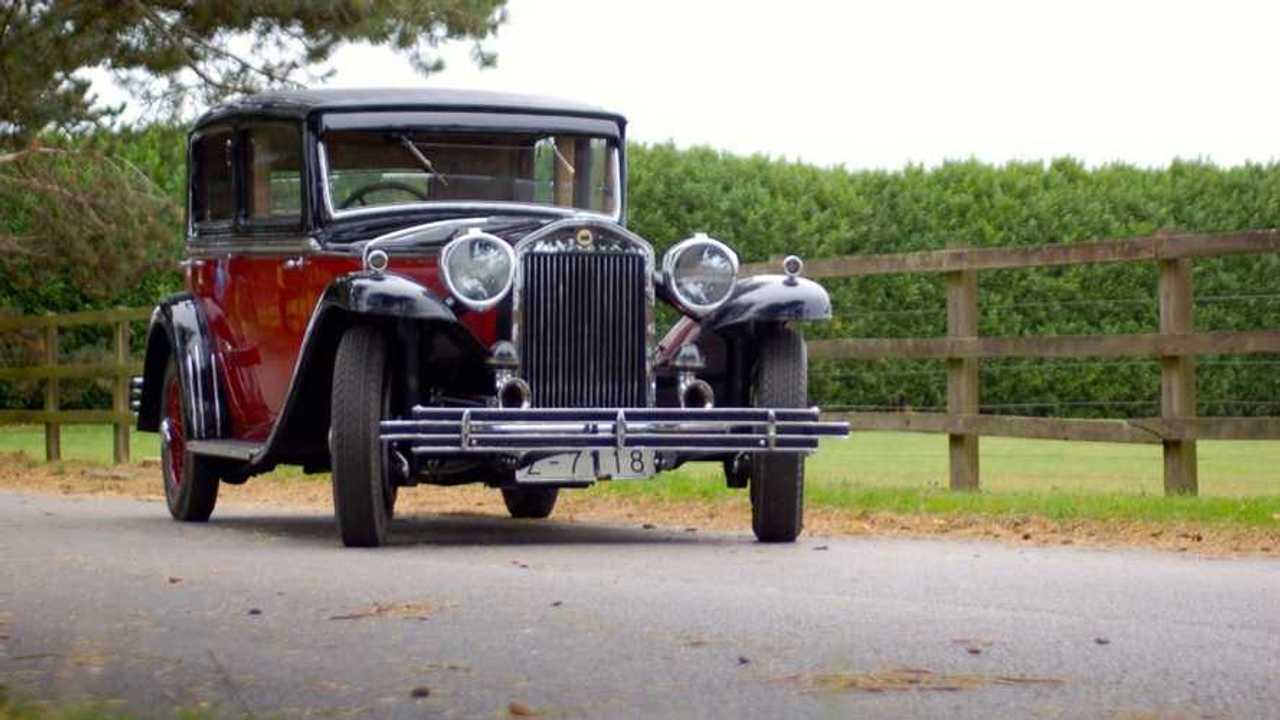 As the first Lancia destined to crack the U.S market, history books rarely mention the decadent Dilamdba V8. Here's why you're missing out

Everyone knows the Americans prefer things large, so when Lancia tried to crack the US market during the 1920s, they offered up a generously proportioned saloon; the Dilambda. Previewed in New York, the monumental Dilambda was more than five metres in length and roughly the same width as most shacks. The chassis alone weighed an almighty 1710 kg.

Designed to provide elegant and comfortable transport for even the most fastidious and well-heeled of customers, the Dilambda possessed the best of what motoring engineering had to offer, alongside the finest materials throughout.

Two years later, Lancia’s campaign trail for the Dilambda reached the Paris Motor Show. Many eminent coachbuilders, including Pininfarina, Castagna, Stabilimenti Farina and Cesare Sala, waited to fulfil every whim that Lancia’s European clientele could come up with.

As would be expected for such indulgent luxury and capacity for individual tailoring, the Dilambda was a somewhat expensive motorcar and total manufacture therefore only equalled around 1700 vehicles.

Some nine decades later, it’s entirely understandable that, even amongst keen Lancia fans, the Dilambda rarely gets a mention. They’re too busy with enthusiastic chatter over other iconic models such as the Fulvia, 037, Integrale, Thema and so on. You’d be very lucky to hear the Dilambda spoken about with such gusto!

However, don’t let that, nor the low count of the model, fool you into thinking this pre-war Lancia isn’t worth considering. After all, the Dilambda happily served as the Lancia flagship until the succeeding Astura was introduced in 1931.

Combined with a glowing review in the December 1930 issue of Motorsport Magazine, something makes us think that there was more to the Dilambda than its striking presence. It’s entirely plausible those in the know may have been keeping the Dilambda’s secrets a little hush-hush.

One of the more obvious giveaways is how silently this imposing motorcar can creep by. The sound of falling autumn leaves may well be louder. The Dilambda has the 24-degree angling at which its 3960cc V8 engine is banked at to thank for this. This allowed the use of a much shorter crankshaft, which in turn significantly reduced vibration.

Not only was the 100bhp engine credited for its extremely smooth operation, but a top speed of 85mph in a vehicle weighing more than two tonnes was also incredibly impressive at the time. Lancia himself would likely have not given the go-ahead for anything less given his own passion for speed.

The stunning acceleration comes mated to a transmission that possesses ratios perfectly matched to the engine’s capabilities. Generous torque allows the Dilambda to start comfortably in second and then snappy changes are delivered all through the gears, rivalling most sports cars of the same era.

Most would assume these features, although appealing to a keen driver, would surely be a waste in such a large car – but the Dilambda even excels in handling, too. A separate chassis combined with independent front suspension gives the Dilambda exceptional torsional rigidity.

It is a vehicle that lends its driver a surprising amount of confidence, via the feedback through the steering and an exceptional ability to remain steady and hold its own through even demanding corners.

Who knows who was having more fun aboard a Lancia Dilambda – the passengers cocooned in lavish comfort or the driver up front benefitting directly from Lancia’s time as a racing driver. Either way, it seems the Dilambda was – and remains – a pre-war vehicle capable of delivering performance as noteworthy as its appearance.

This particular example heralds from 1931 and is one of approximately 1104 Dilambdas remaining in existence. Having spent some forty-five years within the service of ecclesiastical associate Don Emilio Borne Greber of northern Spain, this Dilambda was acquired in the mid-1970s by enthusiastic classic collector Snr Miguel Burgos.

Afterwards, the Dilambda resided within the collections of the Navarre Motor Museum between 1995-2014, before gaining another new owner. With a partitioned interior that comes complete with beige buttoned velour seats, this Dilambda is still as luxurious as when she was new.

The engine comes complete but has not run for twenty years due to one original carburettor proving unserviceable. However, after a lengthy search, a replacement carburettor has been found and comes included in the sale, ready to bring this now rare Dilambda back to running order.