Morris Minor: The Most Quintessentially British Car Ever 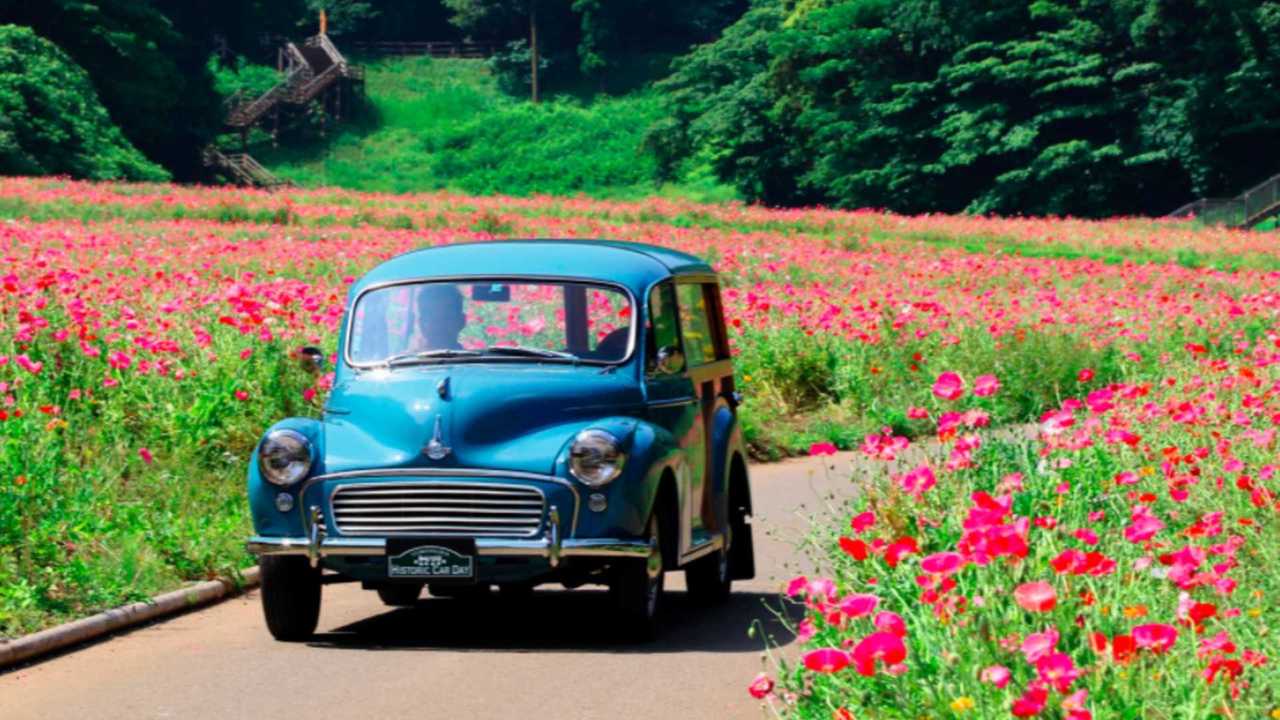 Forget the Jaguar E-type, Range Rover, the Mini, and Rolls-Royce. The car that sums up Britain perfectly is the humble Morris Minor.

Besides colonizing those who grew our tea and voting ourselves out of the common market, the Brits are renowned for various attributes deemed somewhat ‘twee’. Having tea with the Vicar, re-thatching a cottage in the golden autumn sunshine, or planting roses whilst humming ‘Land of Hope and Glory’.

However, there is far more to Britain than that. Firstly, we are fast developing ourselves as the second fattest nation on the planet, and alienating our neighbours so that Boris Johnson can remain home playing Donkey Kong. There is also the ability to smell Charing Cross station from Slough…and vice versa. Then there are the cars…

Jaguar’s XKE, the Range Rover, lashings of Rolls-Royces and the ground-breaking Lotus Elan are somewhat ignored when painting a damp picture of Britain, in favour of targeting British Leyland’s most lampooned output – the Austin Allegro, Morris Marina and Triumph TR7. Yet, there’s one classic that escapes all prejudice, and it’s not the idiosyncratic Mini.

Unlike the Mini, this beacon of Englishness was something of an unsung hero for decades. Crashing to the bottom of the price trough as more advanced, yet less charismatic, vehicles pushed the boundaries of safety and performance, the Morris Minor has done more to teach eager mechanics than the rest of BL’s produce combined.

Yes, the humble Morris Minor. As basic as a Monk’s bedchamber and just as robust, if you picture classic middle England, its indigenous shape will be poised outside a faded-orange brick Post Office, laced with picket fencing and surrounding cobblestones.

Pick up any jigsaw box boasting a British 1960s setting – or watch any television, film or documentary set during the swinging decade of free love – and it’ll be as ever-present as rampant bigotry.

Why so? If you grew up in post-war Britain, chances are you either learned to drive in a Minor, your friend owned one, or it was your first car. There has forever been a Minor to suit all budgets, ensuring that the po-faced people’s car became the classic car scene’s darling. Everyone has a memory of their Minor, offering a remarkable driving experience and a level of dependable practicality that the Mini could never match.

It quickly became part of the fabric of life, in both town and country. Clattering up Britain’s roads in their dozens, ferrying children to school and people to work, the Morris Minor basically provided a vehicular backbone for the working class.

Not only that, but for the younger generation, the Minor’s A-series engine was incredibly apt for tuning. Even today, you can fiddle with the powerplant’s innards to keep up with modern traffic. As a drift vehicle, offering a nose-heavy stance with little weight over the rear, nothing came close. For thousands of teenagers, the Morris didn’t just provide a taste of liberty but also gave them the opportunity to hone their driving skills.

It’s not just the proletariat that adored the freedom, charm and alluring aspects offered by the unassuming Morris. Racing driver Tiff Needell learned to pilot one, as did BBC icon Terry Wogan. Chris Evans, Steve Coogan and even Sir Laurence Olivier owned various examples. Then there's actress Keeley Hawes, who stated when asked about her most valuable possession:

‘My Morris Minor which my husband bought for me. I arrived home and said, "Can you believe what somebody's parked outside the house? It's so lovely!" And he threw the keys out of the window.’

Embedded in the British consciousness for all sorts of reasons, we plaster images of the Morris Minor upon everything and anything. From tea towels to canvas wall art, we also stick the Minor’s persona under the noses of tourists – embellishing food tins, fridge magnets and all manner of vacationer’s fodder.

However, the biggest aspect that draws the Minor in as our global automotive representation is relatively simple. It barely changed throughout 23 years of production. The basic shape and character were almost identical as the last example – a Traveller estate – rolled off the production line in 1971 when compared to the first batch from 1948.

Throughout those intervening years the chassis boasted all manner of coachworks – from a three- and five-door saloon, convertible and van right through to a two-door estate, yet the underpinnings remained almost indistinguishable. Just as the British do today.

Despite all that’s going on with Brexit and a cardboard Government, the Brits remain steadfast to their heritage. There might now be technology draped through every house across the land, but Albion natives still hanker for fish’n’chips, complain about the weather, and celebrate each cultural setback with a stiff upper lip. Just as they did when the Minor was factory fresh and the country was struggling with post-war desolation.

Not that they were the only ones to receive the Morris Minor in showrooms. You could buy them stateside, too. Although, compared to pure-bred American offerings, they were far slower and much harder to live with over long distance journeys.

Just like the Minor, the British have remained faithful to morals that ensured success. It may all sound like nonsense, but think of it another way; the words most commonly conjured up when talking about British tradition covers industrialisation, community, culture and all things quaint. Something the Morris Minor capitulates in spades.

Got you yearning for a Morris Minor yet? You can find dozens of them for sale in the Motorious Classifieds. Ever wondered what it's like to drive a Morris Minor as a daily car for a full decade? Check out the video from idriveaclassic below: