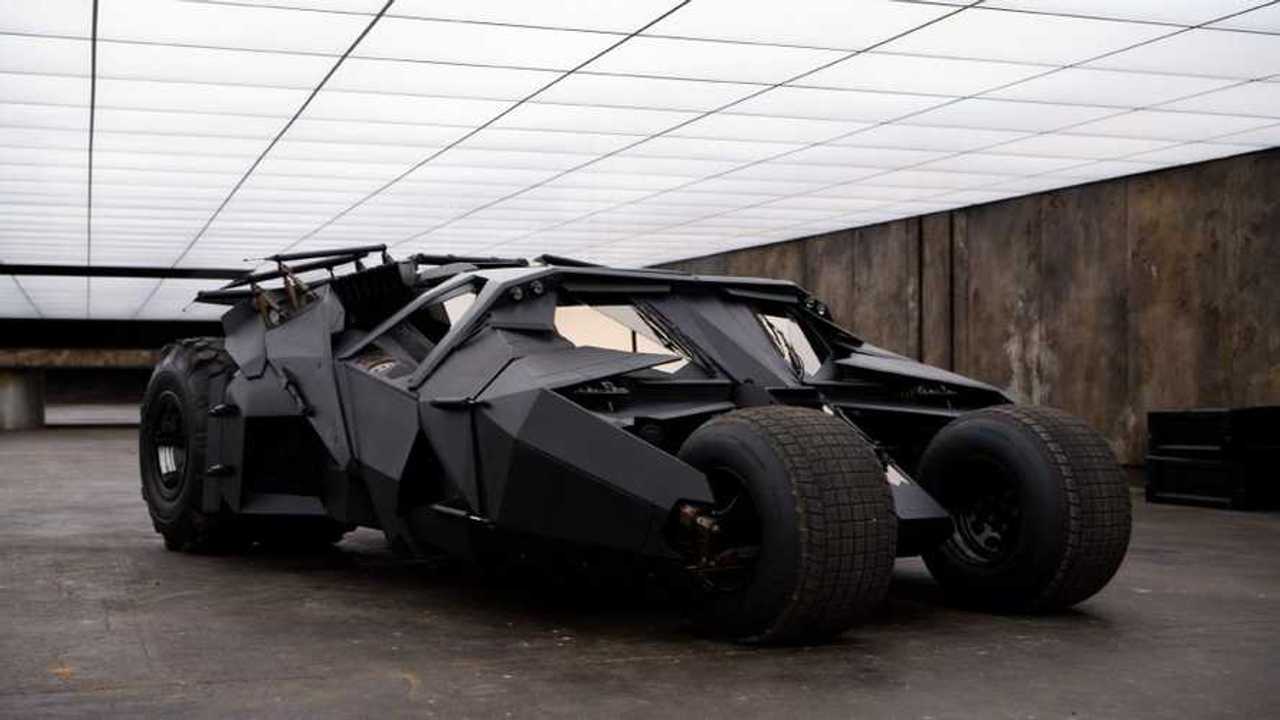 Has it really been eight-decades?

The May 1939 issue of Detective Comics introduced readers to a brand new hero - a rich man who dressed up as a bat to fight a clown. While there have been many great writers, voices, and actors, over the years to continue that story about the caped crusader known as Batman, we wanted to take a closer look at the REAL hero: the cars that helped The Dark Knight save the day for the past eight decades.

Widely considered to be the low point of the Batman filmography, the electrifying-neon Batmobile that tears up Gotham’s streets chasing the Riddler’s Henchman is a breathtakingly futuristic hot rod that can climb buildings and launch Batman into flight with a rocket-boosted ejection seat.

Designed to be the best plaything under the Christmas tree, it features sleek lines, a neon chassis, and can hit 300 mph on a straightaway. Crank up “Kiss From A Rose” and head over to Orlando Auto Museum to add this toy to your own collection here.

These might be the most intimidating of all the Batmobiles, but they lack the gorgeous aesthetics of the rest of the lineup. Originally built for desert warfare, this monster is essentially a tank that can leap bridges, drive on rooftops, and blow up train stations with the push of a button. It comes with “stealth” and “intimidate” mode – with a built-in motorcycle!

It might come in black in the movies, but there’s nothing street legal about this ballistic bad boy. We can leave it in the Batcave and shop for something a little more fun to drive: like the Batboat or the Batcycle.

It’s hard to picture a more super-powered vehicle than one leaving flames behind it as it fires up. Imagine feeling the power of the jet turbine as you put the pedal to the metal. Introduced in the 1989 blockbuster “Batman”, this incredible armored muscle car quite literally leaves the competition in the dust.

The fastest Batmobile, hitting a top speed of 329 mph and burning a high octane 97 paraffin mixture, everyone watched in awe as the World’s Greatest Detective called his car to him with a voice remote, rolling out an armored exoskeleton and dropping bombs from the tires.

In the memorable climax of Batman Returns, the Penguin used a radio frequency to hack into the Batmobile and take it over. You can do one better, and help yourself to a custom built model with a LS1 V8 and a working afterburner on the back end here (Catwoman not included).

You already knew there was only one option for first place. Adam West embodied the bon vivant “Bruce Wayne, Billionaire” personality to a T and he had the smoothest ride to prove it. Based on Ford’s Italian experiment “Lincoln Futura”, valued at $250K ($2.3 mil adj. for inflation) and sold to legendary Hollywood Designer George Barris for an astoundingly generous $1.00 to become the first Batmobile.

Barris is famous for many designs, including KITT and the Dragula, but the ‘66 Batmobile is his most iconic creation and has stood the test of time up to this very day. Built with a fiberglass exterior and having the engine bumped up with pieces of the Ford Galaxie, it instantly became THE emblem of Batman on film.

In Gotham, this Batmobile had the most bells and whistles by a long shot compared to the others on this list. It featured a Bat-Magnet, a Bat-Laser Beam, and a Bat-Phone (pretty incredible for the ’60s).

Where it lacks firepower, it makes up in finesse by being a timeless relic of the classic television show. You can grab your own version of history at Ideal Classic Cars, and start the day every morning in your garage with the iconic checklist: “Atomic batteries to power….turbines to speed…”