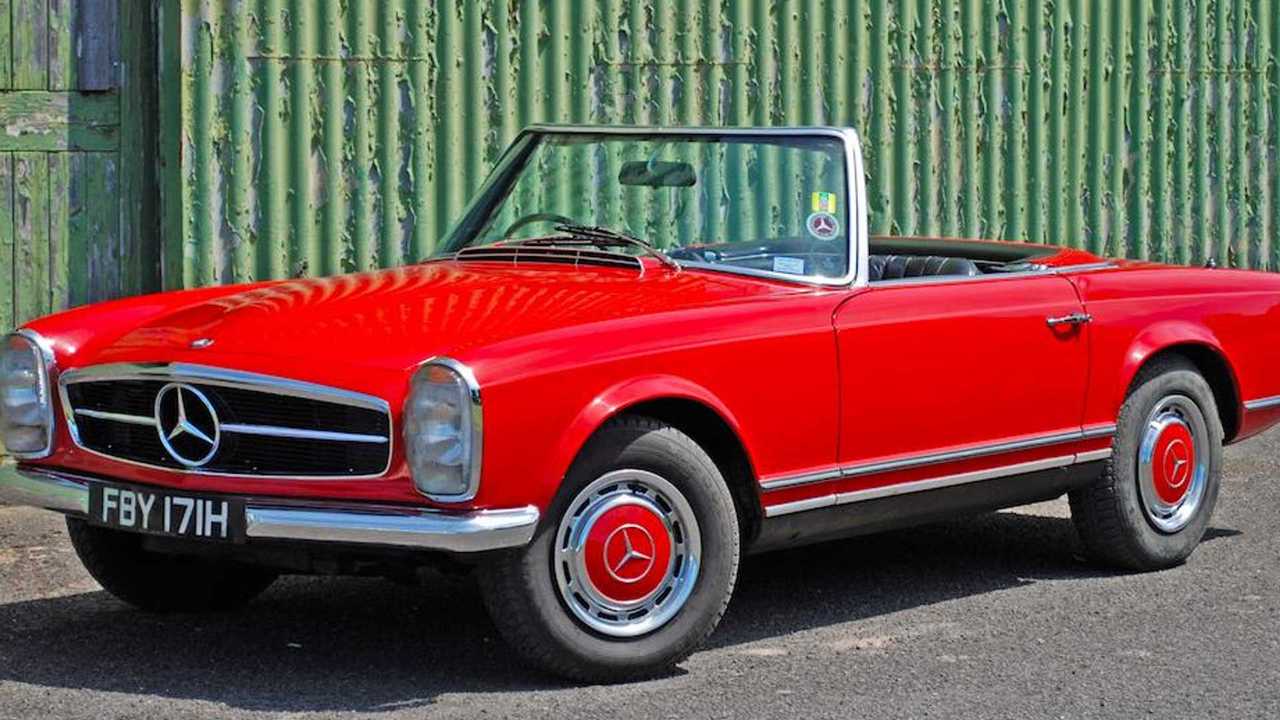 The Mercedes SL has long represented the pinnacle of two-seater open-topped Mercedes motoring. Expensive, exclusive, fast and beautifully built, in all of its various forms the SL is one of the most aspirational classics available, especially in W113 Pagoda form.

Excepting the original Gullwing edition, Mercedes SLs have always been superlative tourers rather than scalpel-sharp driving machines, but that doesn’t make them any less desirable. Indeed, it makes them more soughtafter. The focus is on usability, so you get a decent level of practicality, comfort and performance to make long-distance drives an effortless affair.

In the past few years Pagoda values have climbed inexorably higher and so have restoration costs. There are now some superbly restored examples around, but the best ones are so expensively rebuilt that they tend to be retained by doting owners. Your mission is to find a good one rather than a tarted-up example – and use it, rather than store it away.

The Pagoda features a straight-six engine in 2.3, 2.5 or 2.8-litre forms. Whatever is fitted, don’t expect it to be whisper quiet, even when in rude health. It’s a strong engine and few are neglected or have covered a particularly high mileage, so wear is unusual.

The block is cast iron but the head is aluminium, so maintaining anti-freeze levels is essential to avoid internal corrosion. See that the engine gets warm quickly. If it doesn’t, the thermostat has probably been removed to disguise an overheating problem. Similarly, if you idle the engine for a few minutes once it’s warm, see if the temperature gauge keeps climbing; the radiator might be clogged up with debris leading to overheating.

As you’d expect, replacing the oil and filter every 3000 miles is the key to prolonging the engine’s life. This will slow the rate of camshaft and bottom-end wear and it also extends the life of the fuel injection pump. Cars used only occasionally can suffer from corrosion in the injection pipes because of condensation, but this isn’t a common problem.

All Pagodas came with a four-speed manual gearbox as standard, but a four-speed auto was optional. Just a quarter of 230SL owners opted for an automatic transmission whereas 90 per cent of 280SL buyers chose one, which is no bad thing as it suits the SL’s character perfectly.

Manual and automatic transmissions are tough, but they wear eventually, so do the usual checks. On a manual that means making sure it’s not especially noisy, doesn’t jump out of gear and the gearchanges aren’t baulky. If it’s an auto make sure the changes are smooth rather than jerky. Also check for leaks; if allowed to run low, damage is guaranteed, but rebuilds for both transmissions are straightforward enough.

The propshaft couplings wear eventually, as do the universal joints, but both are easily fixed. The latter is given away by clonking as the drive is taken up, but this could also be worn diff mounts, which costs a lot more to put right. Also listen for whining from a worn diff, as a rebuild is costly.

Any Pagoda could be specified with power steering at extra cost, and it’s a common option. Compared with the unassisted set-up, the powered system is more reliable and more direct, so it’s very desirable. You still need to check for fluid leaks, but it’s all fixable and costs aren’t outrageous.

If the kingpins and trunnions in the front suspension have been greased every 3000 miles, everything lasts well. With the car off the ground, rock each front wheel top and bottom. Significant play means an overhaul is needed but the costs are reasonable. If the dampers haven’t been replaced within the last few years fit some new ones; the ride and handling will be transformed.

The front brake hoses can collapse internally, which heavily reduces the system’s performance, while the calipers can seize on cars used sparingly. But neither of these problems costs much to fix.

The SL features monocoque construction and it can corrode really badly. What’s worse is that a car with structural corrosion can look sound, so tread very carefully. The bulkhead tends to survive well but the sills are complex and these rot internally. A screw-on cover hides everything; remove this and you can see the state of the metal underneath.

Other essential checks include the floorpans and rear chassis members which run along either side of the boot floor, the front chassis legs and the bumper mountings, which can rust or suffer impact damage.

Cosmetic rust can also strike, usually around the headlights and in the wheelarches. At least the door skins and casings, bonnet and boot lid are aluminium so they don’t rust, but they can corrode. The same is true of the hood stowage cover, with each of these panels made to fit each car, so used parts always need fettling to make them fit.

Most Pagodas came with a removable hard top, but not all did. Some came only with a soft-top. While a hard top is usually seen as desirable, most are stored in a corner of the garage and never fitted, so consider whether or not you really want one before making this a factor in your purchasing decision.

Parts availability is good when it comes to the electrics, and reliability is also good, but if bits have to be replaced the bill can be high as some parts are costly and fitting them can be very involved. Examples include the wiper spindles and the capillary tube temperature gauge and heater controls.

The cabin was trimmed in MB Tex, which lasts well, but the seats sag eventually; restuffing these isn’t costly. Replacing seemingly trivial parts can be surprisingly expensive because of Mercedes’ pricing policy. The wood trim on top of the dash can rot and the soft top frame can damage easily; both are expensive to renew. It’s the same with the exterior chrome trim; the grille and bumpers are ludicrously costly.

The Pagoda was never built in large numbers and while it was costly when new, for a while it was a relatively attainable classic. Those days are long in the past now, as values have gone stratospheric. There’s currently no such thing as a cheap Pagoda, unless it’s a basket case in need of a complete restoration – an option only available to those who can afford it. In which case, it isn’t actually cheap at all.

If you’re buying on a relative budget you should try to home in on a manual-gearbox 230SL - as these are the entry-level models. A 250SL might be the rarest Pagoda but they’re not worth much more than a 230SL; it’s by far and away the 280SL that fetches the most. These latest models will always prove to be the best investments too, because they’re the ultimate so will always be the most sought after.

Don’t feel too bad if you can’t run to a 280SL though; even the 230SL makes a great tourer, although it has less torque than its its two successors. However, the most valuable Pagodas also tend to get the most money lavished on them, so finding a truly superb 230SL might prove a challenge.