This Unloved 1980s Volvo Is Gearing Up For A Comeback 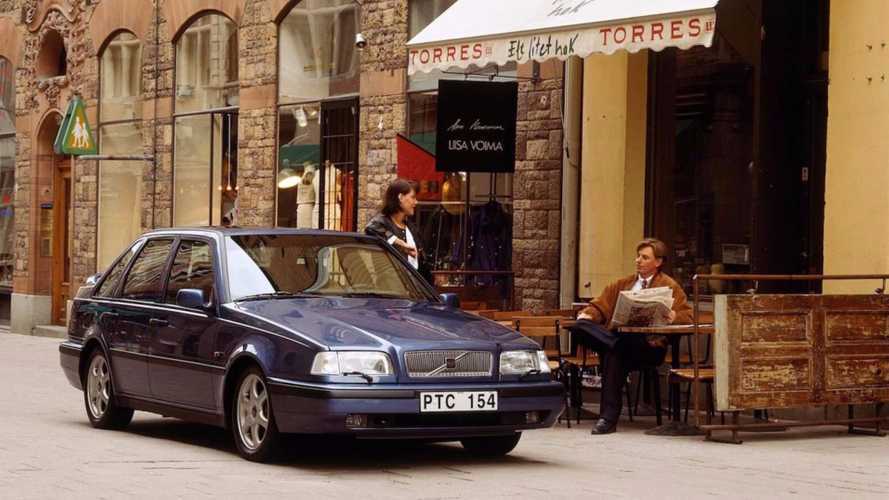 As saloons from the 1980s find favour with new enthusiasts, there's one forgotten model that's slowly emerging as a solid and dependable classic - the Volvo 440

Step back into the neon-lit world of June 1988; George Michael’s One More Try tops the charts, Crocodile Dundee II lights up the big screen and bouffant hairstyles stalk the land. There’s change coming – Germany's Berlin Wall will soon crumble, and a well-vexed shake-up of materialist values will fast-track all manner of entrepreneurs onto The Sunday Times rich list.

But, forget all that excitement, as Volvo had a new box to unveil. Presenting their 440 for the first time during the summer of 1988, with Lamborghini’s LM002 capturing teenage hearts and the Porsche 959 carving a contemporary path for car design, Volvo counteracted all that automotive adrenaline with a solid injection of colourless and underwhelming banality. At least, so time’s onward march may have you believe.

Are Hot Volvos Like This V70 R Climbing In Value?

As the decades wore on, and Volvo’s 440 sunk into the recesses of the used-car market, contemporary opinion on the saloon of choice for those concerned with their social standing has won few enthusiasts. As we look back and enjoy all the retro charm offered by common vehicular staples of the time, why is the Volvo 440 all but ignored?

For starters, urban consensus radiates a belief that the underpinnings of monotony lurk beyond the 440's tetragonal bodywork. However, that remains untrue – beneath the five-door family appearance is technology shared with the 480 Sports Coupê.

Besides serving a bit more grunt than your average family wagon, Volvo demonstrated in earnest that front-wheel drive was the way forward; and unlike the Brits, it was carefully laced with innovation – rather than sticking an A-series engine up front…

Work on the drivetrain commenced as early as 1978, with ambition resulting in a stereotypical flared-trouser and cocaine approach; ‘Aim for the stars’. Well, it worked for David Bowie; who coincidentally owned a  262C...

Thusly, Volvo's project was dubbed Galaxy. The result produced a forward-thinking machine with enough space for the dog, kids, and even young Björn Borg’s ego. You could attend both the garden centre and the local opera house in serene comfort with steadfast safety.

A little bit of Volvo history...

The first of Volvo’s new front-wheel-drive models was officially launched at the Geneva Motor Show in 1986 – and it proved to be something of a sleeper. The 480 Coupé found a niche in the market and defended it with the tenacity of a meth-binging librarian.

Wind the clock forward two years, and the 440 attempted to capitalise on the proven drivetrain. Yet, it wasn’t all under the bonnet that Volvo designers had focused. To win the battle for earnest mid-range car buyers, the cabin had to offer the homely graces of a cloth-lined health spa.

The centre panel on the dashboard faced the driver, making it easier to access the controls – because lord knows how Mrs Ophelia Fortune could have coped without the soothing tones of Classic FM. Exciting stuff – that Saab had already utalized more than a decade beforehand.

There wasn’t really any excitement under the bonnet, either. All power options were four-cylinder units with a single overhead camshaft, from 1.6 to 2-liters, which offered the acceleration properties of wind erosion and all the charm to boot.

Not even the 1.7-litre turbo model could muscle up enough force to ween buyers away from the onslaught of Japanese oddities and firm German market favourites. Some latent journalists even preferred the Rover 800 coupé. God help them.

However, where the difference lay was in safety. Naturally, being Volvo, the 440 was crash tested more than any other car on the market, and the equipment installed onto the drivetrain was impressive, to say the least.

Anti-lock brakes (ABS) were available as an optional extra as early as 1989. Seatbelt pre-tensioners and airbags were optional extras from Model Year 1991 onwards, and Volvo's integrated side impact protection system (SIPS) was introduced to the model in 1994.

It may have been born and designed in the Netherlands (where the preceding 340/360 and 480 were also produced), but it was as Swedish as feeding Britt Ekland meatballs. The next model version in the 400 series – the 460, a saloon version of the 440 and 10 centimetres longer (and what man wouldn't want that) – was presented in 1989.

Production ended in November 1996, retired as the S40 and V40 took showroom reins. And here, with the last examples rolling off the production line to quiet applause, began the 440’s downfall.

You see, while in production it made total sense to purchase a 440. It was reliable. It was unstirring. It was levelheaded, rational and even-tempered. You didn’t drive a 440 hard, fast or with the rev counter needle plunged into the red. You took care of it, and it took care of you. As a new model came in with new technology and updating styling to replace it – no one missed the older model.

Why is the Volvo 440 forgotten?

The 440 was, and largely remains, characterless. A serviceable item with the chuckability factor of a cheap microwave. Not many people bid an emotional farewell to theirs, instead moving on to the next vehicle as they kept up with the Joneses.

Don’t rule it out though, what was once brain-dead tedium is now derived in a more fetching light. There are quirks and stylings cues currently missing from modern vehicles of the same caliber. The materials employed to craft such a practical interior bring home all manner of memories with a pacifying smell for those of a certain generation. All our grandparents either had one, or knew someone with one. There were swathes of them at every church fête.

They were popular, too with a conservative demographic who up kept Volvo’s reputation for the best part of a decade. Honestly, the 440 did no harm. Yet, that’s why it remains forgotten. Those who do enquire are hit with a backdraft of negativity.

It’s far from exciting, ludicrous or heart-stopping – but as an example of what the society-climbing motorist used and abused back in the day, the Volvo 440 cannot be beaten.