That Time Someone Found A Daimler Buried In Their English Garden 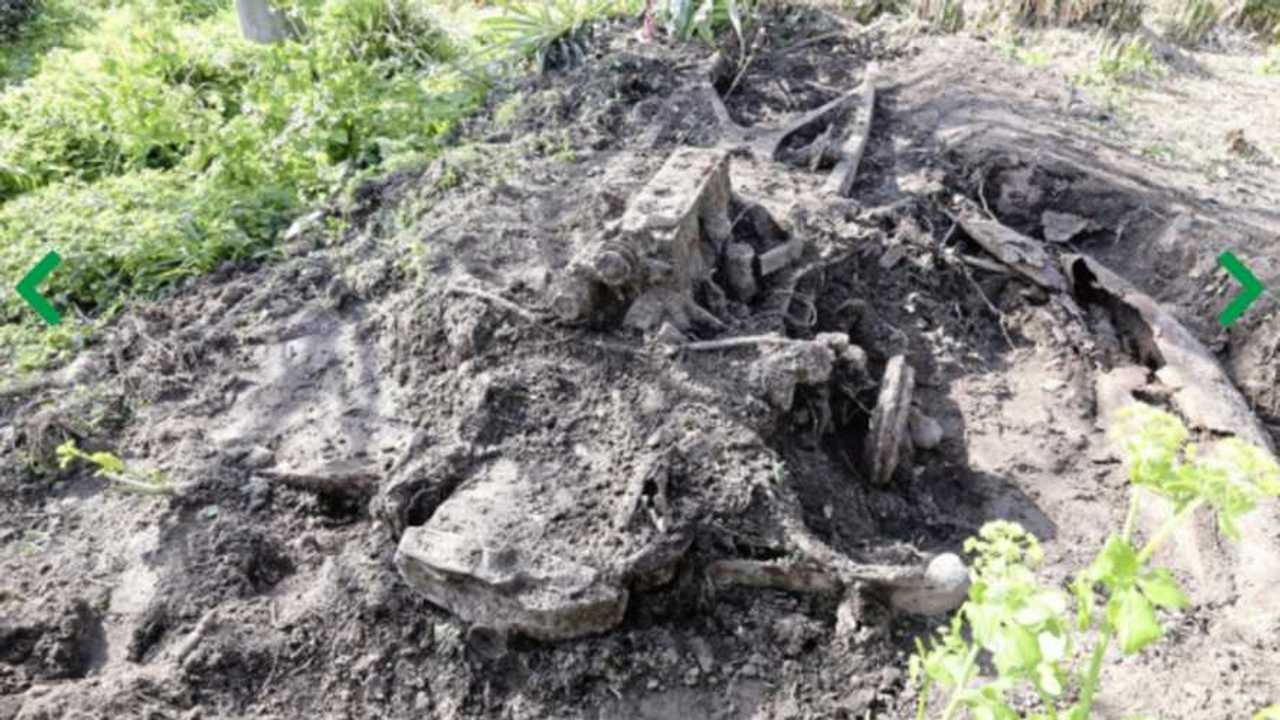 When your shovel hits something hard, you wouldn't expect to find a Daimler lurking under your garden. Yet, that’s exactly what’s happened on the island of Guernsey...

As Britain finally gets to enjoy some much-anticipated spring sunshine, many choose to make a start on gardening plans for the year ahead. What isn’t generally anticipated is a classic car holding up proceedings…

It seems things were very different in Rue du Felconte, on the island of Guernsey, where homeowner Tracy Ward and her father Brian Russell discovered the remains of a luxurious Daimler from the 1940s or 1950s.

Having bought the new home in November of 2017, Tracy had decided that it was time to tackle the rather overgrown back garden. She enlisted the help of her parents – and a weed-covered rockery soon revealed an unexpected surprise.

Upon hitting an unyielding object beneath the surface, the family thought they’d found the remains of a vintage tractor, owing to the fact that the end of the garden had previously been part of a field.

However, as the family continued to dig, they uncovered a rusted chassis as well as twisted metal window frames, decaying leather upholstery and broken glass – all of which confirmed they had actually discovered the remnants of a car.

Further excavation led to the discovery of an engine block, gearbox and front bumper, as well as a number plate with the registration GUK 880.

Tracy said she was ‘very surprised’ by the car’s presence on her property, while her father Brian added: ‘There’s plenty more underneath.’

Local motoring enthusiasts were keen in their efforts to further identify the car, which had been confirmed as a Daimler by automotive historians. This far, clues as to the vehicle’s provenance had come only from the registration number and an information plate that would have been fitted to the gearbox.

Additionally, the fact that the mystery motor possessed a chassis suggested that it was constructed prior to the 1960s. It was believed that the Daimler may have originally come from the Wolverhampton or Birmingham area, and that it had a black exterior and dark red upholstery.

A tentative manufacture date of 1949 had been suggested, with guesses as to the exact model favouring the DB18 Consort, such as we see below:

Speaking about the find to the BBC, Heather Fattorini of the Guernsey Old Car Club said the reasons for the car’s burial were ‘all a bit of an unknown’, and suggested that a previous owner of the house may have started renovating the vehicle before giving up and putting a rockery over the car to hide it.

Prior to the advent of modern recycling centres, it was fairly common for non-combustible rubbish to be hidden in the garden; numerous baths, sinks, engines and paving slabs have been found beneath similar rockeries in the past few decades. Not to mention the odd asbestos roof or two.

Club president Michael Fattorini added: ‘It’s a Daimler, there’s no question about that. The radiator is a Daimler radiator, the plate on the gearbox is a Daimler plate.’

Since the unusual garden discovery, Tracy Ward posted about the car on social media, saying: ‘Ideally, if it’s of interest to anybody we’d like them to come and take it away. If not claimed, it’s likely to be reburied, or taken to the scrap yard.’

As far as we are aware, the remains were picked for parts before then being recycled.

Pictures courtesy of Guernsey Press and the BBC