The 250 LM Was The Last Ferrari To Win Le Mans 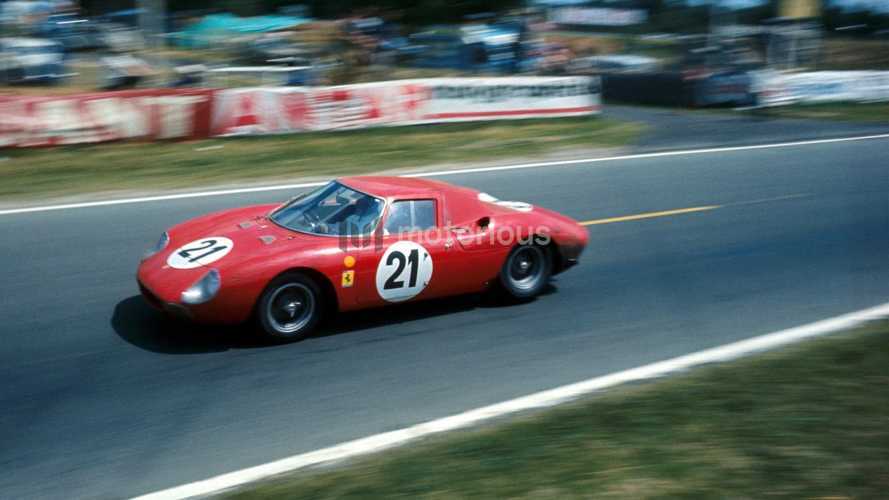 Just 32 Ferrari 250 LM were ever built with the aim of bringing prototype technology to GT racing.

Motorsport is effectively a self-perpetuating arms race between manufacturers of high performance machines. Engineering and design talent is pushed to extremes in an attempt to reach ever greater speeds. An advantage in racing is a very precious thing, something that Enzo Ferrari knew well indeed. The creation of the now legendary Ferrari 250 LM was born out of a desire to dominate.

During the 1960s Ferrari needed to replace the aging 250 GTO, with Enzo reluctantly accepting that mid-engined cars were the future. Ferrari endurance racers had already proven what an advantage placing a powerful V12 in the center of the car could be, so the plan was to create a Group 3 GT model on the same principles.

Effectively a coupe development of the 250 P prototype racer, the 250 LM was powered by a 3.3-liter V12 motor producing 320-horsepower. Lightweight tubular space frame construction insured a positive power-to-weight ratio, with the addition of a roof giving added torsional rigidity. Independent double wishbone, rack and pinion steering, and disc brakes at all corners ensured that this chassis was equipped for some of the most famed races in the world.

The bodywork was styled by Scaglietti and blends recognisable GT traits with the pebble-like silhouette synonymous worth mid-engined car. It’s a beautiful machine that subtly facilitates the V12’s cooling needs in a highly stylized package.

Enzo’s masterplan was to effectively have the 250 LM designed with all the inherent advantages of a prototype racer, but then build the minimum number of road legal examples to qualify for the Group 3 GT class. The road cars were purely built to meet the requirements of the FIA, with each being a thinly veiled purebred racer. Ferrari needed to produce a minimum of 100 of these roadworthy 250 LMs, however, this never happened and so the car was forced into the prototype class against faster purpose-built machine. Homologation was eventually achieved for the Group 4 Sports Car class in 1966, but with just 32 250 LM chassis ever built, it never fulfilled Enzo Ferrari’s original brief.

Ferrari never campaigned the 250 LM with a works effort, instead selling the few examples built to privateer teams. The Scuderia Ferrari North American Racing Team (NART), Maranello Concessionaires, and a few others campaigned the car from 1964 until 1967.

While on the surface the 250 LM might seem like an ambitious project that somewhat missed its intended mark, redemption was to be found in the 1965 installment of the Le Mans 24 Hours. A NART Ferrari 250 LM driven by Jochen Rindt and Masten Gregory won the prestigious event outright, validating the engineering efforts that went into the machine. A bright yellow 250 LM of Jacques Swaters’ Ecurie Francorchamps team finished second, however, it might have won the race if it weren’t for the bodywork and tire damage it sustained.

As you can imagine, Ferrari 250 LMs are highly collectable today with values ever increasing. In 2016 car 23 sold for an incredible $17.6 million at an RM Sotheby’s auction.

Today it is commonplace for manufacturers to build a car with inherent racing properties and then legalize it for the road to meet homologation requirements — the new Ford GT is a good example. However, Mr Ferrari played the motorsport game for nearly all of his life, something that showed in the 250 LM that has become one of the most iconic homologations in history.

Continue the conversation on FerrariChat.