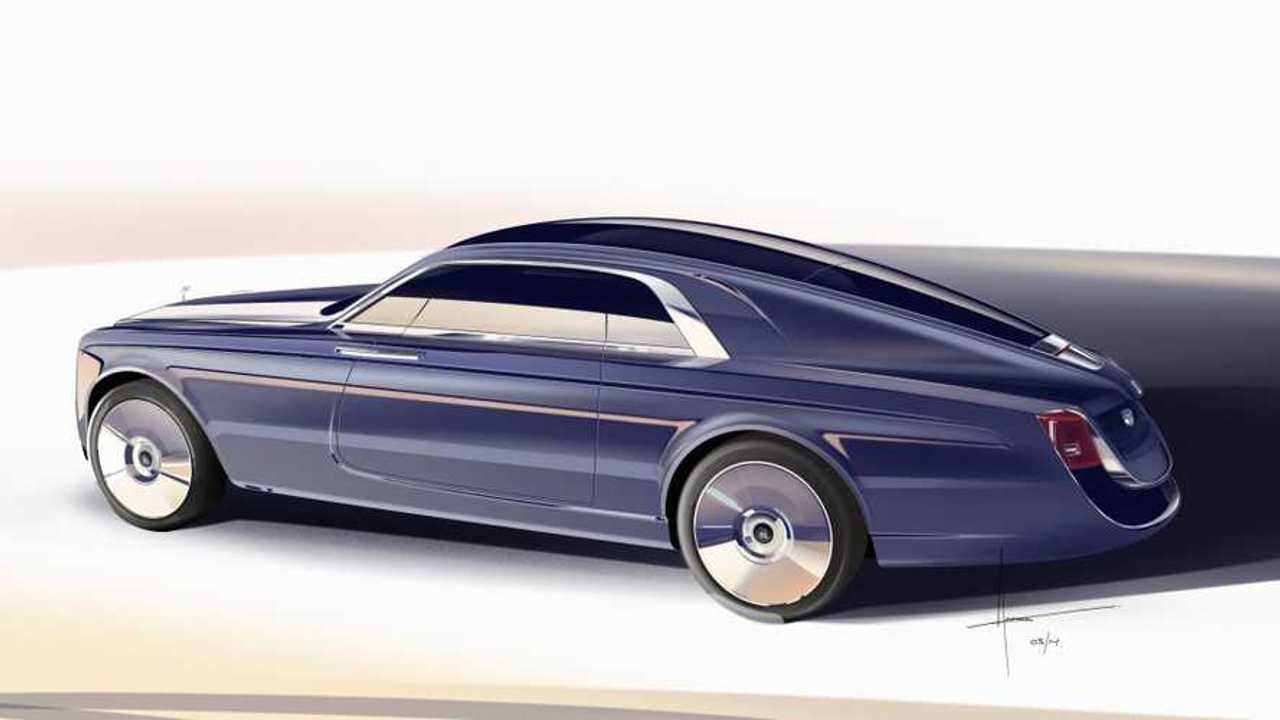 At one point the most expensive car in the world, the bespoke Rolls-Royce Sweptail has an estimated Value of over $13 million

Once upon a time, the art of coach-building cars was commonplace. You’d visit your chosen engine and drivetrain manufacturer, with your next port of call being your favored designer. This separation of engineering and art often created some wonderfully bespoke automobiles that are recognised today as true masterpieces.

Today the automotive world is very different, with mass production of even exotic vehicles usually limiting prospective owners to special paint and trim. However, every so often manufacturers with coachwork in their DNA enable a special project to create something as celebrated as its handcrafted ancestors. The Rolls-Royce Sweptail is one such vehicle.

Rolls-Royce is no stranger to one-off projects that are tailored to their customer’s exacting desires. Diamond incrusted displays, gold paint made with real gold, an exacting constellation of stars produced from fiberoptic lighting in the roof, nothing is too much trouble. Astonishing? What else would you expect from a manufacturer that uses just one man and one brush to paint every single coach line on each car?

Four years before the Rolls-Royce Sweptail made its public debut at Villa d’Esta on Lake Como in Italy, the British marque approached a favored connoisseur of the brand with the idea of creating a modern coachbuilt car. This anonymous individual was not only signing up to buying something one of a kind, but also had the opportunity to influence the car’s design.

Based on the Rolls-Royce Phantom VII Coupe’s chassis, this special model makes use of the traditional 6.75-liter V12 engine. While Rolls-Royce never strives for outright performance, we believe it would describe the 453hp on offer to be ‘adequate’ for the purpose of the Sweptail.

The elegant coachwork continues the traditional Artdeco design that is synonymous with Rolls-Royce, but also factors in styling notes from vintage Rolls-Royce models and luxury yachts. Cars such as 1934 Phantom II Streamline Saloon and the Park Ward 20/25 Limousine Coupe have influenced the Sweptail silhouette. Its blunt nose is dominated by the traditional upright grille and lengthy hood, but the almost boat-like rear quarters are sculpted and flowing.

Its interior is just as special with the finest materials forging a regal cabin. Opening the rear-hinged doors reveals cosseting leather thrones, polished metal surfaces, and a full-length glass panoramic roof. Behind the two seats is a beautifully crafted wooden shelf for luggage with integrated glass elements that illuminate at night. We’re used to Rolls-Royce concealing umbrellas within the doors of the Phantom, but this car also stows its owners laptop within a deployable bespoke leather-wrapped carbonfiber attache case. The icing on the cake is a hand-built mechanism that reveals a bottle of champagne and two crystal flutes. Chin-chin!

The Rolls-Royce Sweptail is beautiful in every sense, be it in the car’s design or sophisticated function. It was quite the sight when it made its dynamic debut at the GoodWood Festival of Speed in 2017, just down the road from the Rolls-Royce factory.

Rolls-Royce has never named the car’s owner, nor how much he or she eventually paid for this totally bespoke project. However, a figure in excess of $13 Million has been attached to the Sweptail in various circles, and if true, would have made it the most expensive new car in the world at the time — certainly the most expensive Rolls-Royce ever created.

Every Rolls-Royce is handcrafted in England to a level unseen on any other series production car. The assembly line is more like an art gallery in motion, the upholstery rooms a ballet of threads, and the carpentry spaces akin to a finely tuned orchestra a work. To produce a model that sits above these already burnished machines highlights the true craftsmanship behind the Spirit of Ecstasy.