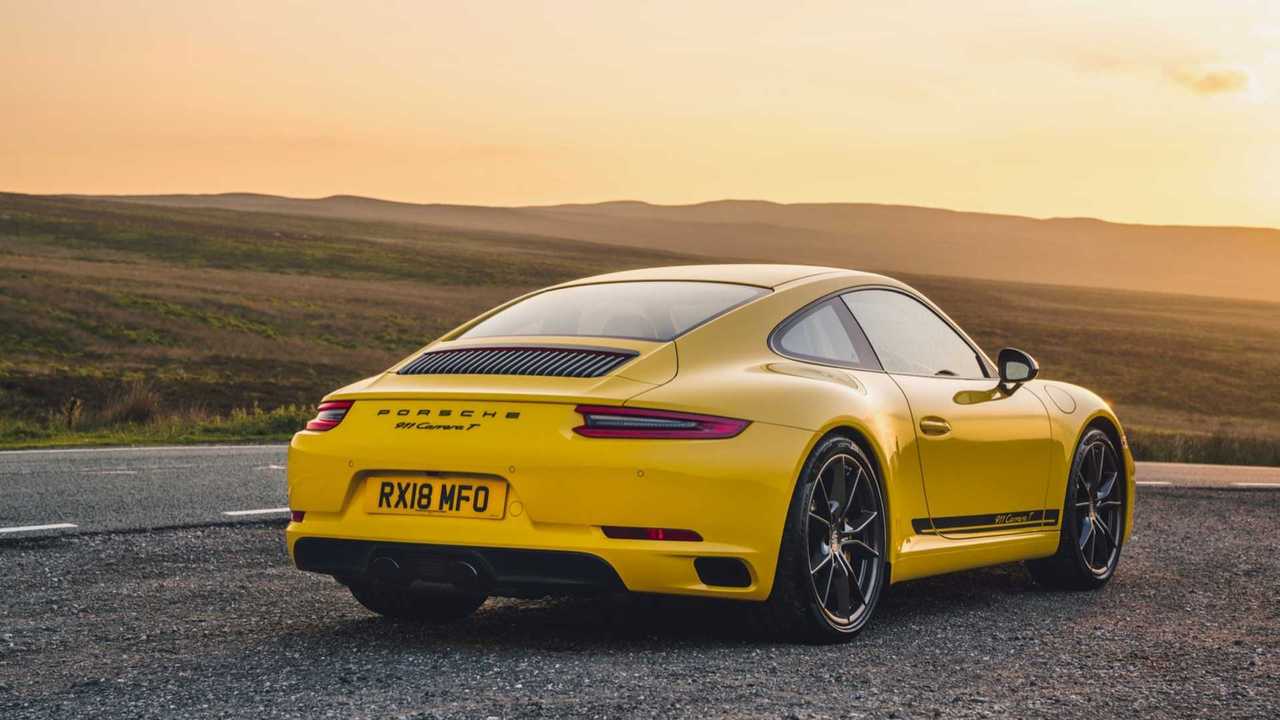 Right now, many Porsche enthusiasts are eagerly awaiting the arrival of the all-new 992 generation of the iconic sports car, while another group are fighting amongst themselves to get hold of the ever-popular GT3 model. However, the Porsche we’re talking about today is not the shiny new 992, or even the capable GT3. The Porsche 911 Carrera T is far rarer than both of those.

Yet, the Carrera T is simply a trim level, right? Well, sort of. Unlike the original 911 Ts of the late 1960s, this is not a back to basics 911 to provide a new entry-level to the range — it’s certainly not the cheapest 911. Instead, it takes arguably the purest model in the rear-wheel drive Carrera, and cherrypicks the options list from up and down the Porsche hierarchy.

Lightweight rear glass, less sound deadening, a lack of rear seats and navigation, limited-slip differential, and so on, aims to create the enthusiast’s 911 of choice.

The reason for the 911 T’s rarity is twofold. Firstly, it launched very close to the new 992 car, which likely lead to some customers holding off. Secondly, it perhaps wasn’t marketed as well as other models with some people expecting a cut-price GT car, when realistically this model is more of a greatest hits album.

This also lead to some curiously specified 911 Ts, where the rear seats were reinstalled, somewhat undermining the greater purity this model aims to achieve. Porsche don’t provide exact production numbers on these cars, but we are assured that there are considerably less than 991 GT3s produced, giving the T a speculative stake in the future classic arena.

Something else that bolsters its future classic potential is that this model was the last ever ‘narrow-body’ 911, with all 992 cars making the switch to a wider profile. Our test car – finished in vibrant Racing Yellow – has a few additional options; such as rear-wheel steering and ceramic composite brakes.

Yet, unlike the few 911 Ts on the secondhand market of late, it has been specced with the model’s purpose in mind.

The iconic 911 teardrop shape is present and correct, complimented by the clean unfussy nature of Carrera bodywork. Its contrasting grey 20-inch wheels fill the arches to produce a well-balanced stance that is sporting in nature, but mature in terms of performance cars.

In a darker shade and without its decal emblazoned along the wheelbase, it might just slip under the radar — we like that.

The interior is your typical Porsche layout in that its first function is ergonomics. The dashboard is minimalist, the steering wheel is devoid of distracting multimedia buttons, and the seat perfectly positioned. Said sports seats gently grip you in perforation for a sporting derive, but not so much so that they become uncomfortable on long motorway stints.

GT3 inspired fabric door-pulls and the hollow ‘thunk’ the doors make when closed start to hint at what this 911 wants to achieve. A lack of rear seats reduces practicality in one respect, but also serves to boost the already generous cargo capacity in the 911’s nose.

The beauty of any Porsche 911 is that it fits into your life almost as easily as any other car. You can take it to the shop to pick up milk without the headache of it being highly strung, it will cruise the highway without eroding your spine, and if you’re gentle it even returns pleasing fuel economy.

It’s a performance car that you can totally take for granted, and the 911 T fits that same profile. Sure, the large alloys can send a thud through the cabin on rutted roads, and the lessened sound proofing means there’s more noise at speed, but generally speaking it’s a 911 like any other — an undoubted compliment.

However, you’re not here to read about how easy it is to park, or even how it will happily play nice with your smartphone. You want to know what happens when you put its 3.0-liter turbocharged flat-six to good use.

Bury your right foot in the carpet to reveal a responsive throttle that lights that fuse at the back of the car. Being rear-engined allows for excellent traction as all 370-horsepower is sent exclusively to the rear wheels.

This car’s short-throw seven-speed manual transmission is geared close for the first three snaps of your wrist — first through third. The revs build rapidly with an angered howl narrating the car’s brisk 0-62mph dash of 4.5 seconds. This experience isn’t ballistic, nor dominated by the engine like in a 911 Turbo, but instead delivering ample punch.

The car really comes alive when you select Sport or Sport+ and hit a twisting ribbon of Tarmac. Aggressively pitching the car into a corner reveals those adaptive dampers at work, reducing body roll. Its easy to modulate brake pedal allows you to trim the car’s speed without the need of mental recalibration as its pressure and response quickly become second nature.

However, the star of the 911 T is its steering. Electromechanical steering is a real challenge for engineers of every manufacturer to master, but Porsche has hit the nail on the head with its setup. Crisp and precise, but full of the feedback most of its competitors so desperately lack.

The 911 T soon becomes an extension of yourself thanks to its predictability, rapid responses to inputs, and man-machine communication continuously updating your synapses. When you’re really on it, actually driving the T almost fades away into your subconscious.

Instead, you focus your attention on hitting that apex and crafting the perfect trajectory as the car pendulums around the bend. Of course, being a Carrera and getting a bit greedy with the throttle upon exit results it an easily controlled wiggle from its hips — something that can become rather entertaining in the right moment.

There are faster 911s, there are more comfortable 911s, and there are more practical 911s than the Carrera T. However, this car might just be the most 911 out of all of them for capturing the essence of what the model represents. The platform itself has always been designed to create one of automotive’s most natural driving experiences. Driven enthusiastically, the 911 T shines as a vehicle that knows the value of poise over outright power.

In our eyes, the 911 T is something of a ‘Goldilocks’ car of the 991 generation. While it wasn’t a huge sales success, unlike the inevitable 992 generation Carrera T will be, the car might just get a fairytale ending as a highly sought after model in years to come.

Photography by Porsche and Tyler Heatley

Inside The Iconic Porsche Museum Stuttgart