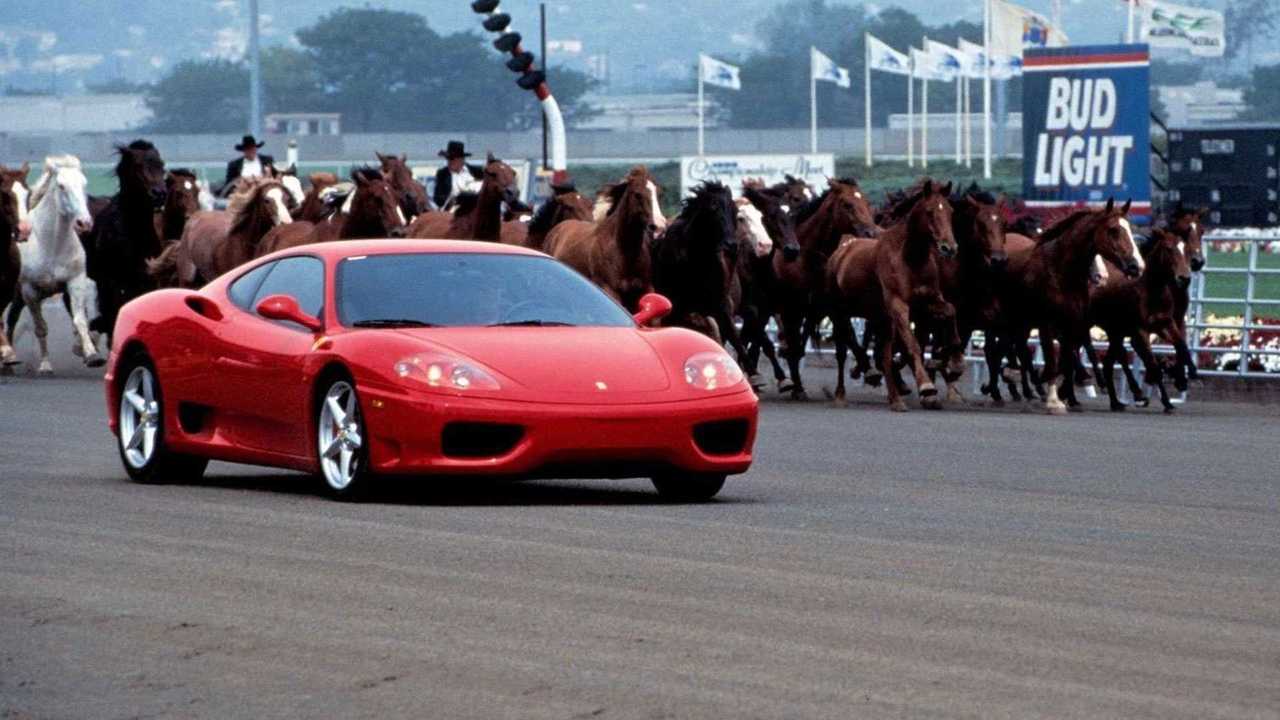 The Ferrari F355 was a tough act to follow, but the Prancing Horse for the new millennium addressed its critics

The Ferrari F355 was a hugely significant model for the Prancing Horse as it marked a return to form after a series of mediocre red cars. Its 328 looked the part, but didn’t move the supercar game on, and the 348 was a rather portly machine that was outgunned by the Honda NSX. The F355 was Ferrari’s salvation, a true world beater.

However, as the new millennium approached, Ferrari needed to replace the F355 with an equally impressive car that would carry it into the year 2000. Big shoes to fill, the difficult second album, whichever cliche phrase you choose, the new car would be judged by its predecessors success.

In 1999, Ferrari revealed the 360 Modena, an all-new Pininfarina design that ditched the wedged proportions of the past decades in favor of something more curvaceous. Its modern flowing lines and neat intakes signaled that this was a totally new generation of Ferrari, a car that ultimately laid the blueprints for its mid-engined successors.

The interior was clean with far less switchgear cluttering the console. Defining features such as bolstered sport seats remained a staple of the cabin, but there was now space for golf clubs behind them. This car was designed not only for existing Ferrari customers, but the future new-money buyers that the 2000s would bring.

An all-new aluminum space-frame underpinned the 360, making it 40% stiffer than the outgoing F355. Another benefit of using aluminum over steel is that it weighs considerably less — some 28% lighter than the frame of the old car.

The Ferrari 360 Modena gets its name from Enzo Ferrari’s birthplace in Italy, and its new 3.6-liter V8 engine. Said engine gets this stallion from 0-62mph in just 4.5 seconds curtesy of 395hp. It was developed using new materials that allowed the motor to be some 60kg liter than the V8 it replaced. There were two transmission options in the form of a traditional gated six-speed manual, or F1 automatic. Around 70% of all 360s left the factory with an automatic gearbox.

It was launched to admiring media that remarked upon how approachable and easy to drive the 360 was, while still retaining the theatre of a proper supercar. It looked good, it drove superbly, and it highlighted that Ferrari had moved beyond its rut of the late 1980s and 90s.

The following year a Spider variant was launched, a model that eventually outsold the standard coupé. A hardcore Challenge Stradale and track-only variants were also added to the range. However, one 360 that money couldn’t buy was the one-off Barchetta commissioned by Gianni Agnelli. This bespoke car served as a wedding gift to Luca di Montezemolo who was president of Ferrari at the time.

The Ferrari 360 went on to become one of the marque’s most successful models. In fact, it eventually outsold its illustrious predecessor before being replace by the F430 in 2004. 8800 Modenas and 7565 Spiders were built by Ferrari in total. Today values are starting to rise, especially those of the rarer manual cars — something Ferrari no longer offers in its latest models.

So, here’s to the Ferrari 360 Modena! 20 years of proving that Ferrari can still raise the performance car bar.