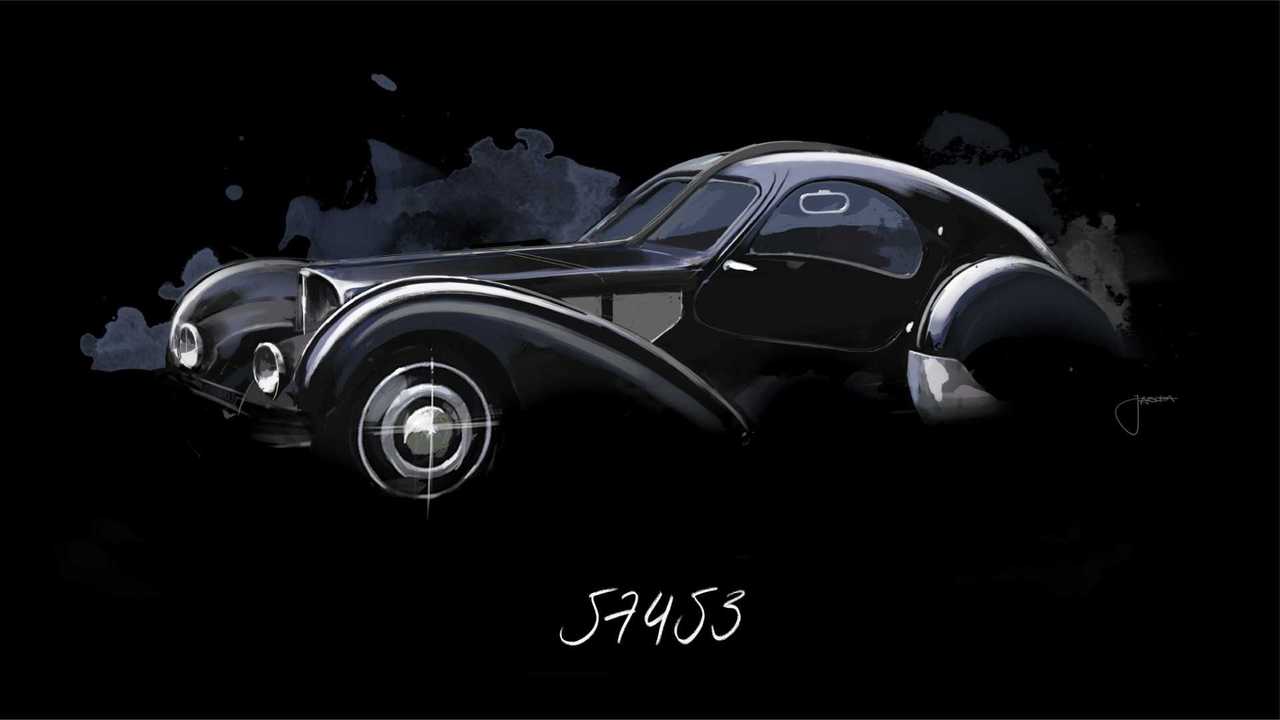 The Bugatti La Voiture Noire was revealed to the world at the 2019 Geneva Motor Show as the world’s most expensive new car. This one-off set its new owner back $12,503,150 before taxes, making it a famed model from day one. But its inspiration is far more intriguing than the Chiron-base hyper car. The ‘La Voiture Noire’ name harks back to a long lost Bugatti that has never been found.

The Bugatti Type 57 SC Atlantic is one of the world’s most coveted classic cars. Winner of many global concours, exceptionally rare, incredibly valuable, and stunning to look at. Its grand Artdeco design was the work of Jean Bugatti himself — son of Ettore Bugatti.

The Atlantic stems from the 1935 Aérolithe concept car that used advanced Elektron composite bodywork, just like the Type 59 Grand Prix cars. This made the body very rigid while reducing weight at the same time, however, it was also flammable when traditionally welded. The solution was to rivet the body panels to the car, something that give it a distinctive seam.

Just four production cars were ever built, with each ditching the combustable bodywork for more conventional aluminium. The riveted dorsal fin remained as a style statement, although it wasn’t strictly necessary any more. This model was originally launched as the Aéro Coupé, but after Jean Bugatti’s friend, aviation pioneer Jean Mermoz, died while trying to fly across the Atlantic ocean, the nameplate was changed in his honor.

Three of the four Bugatti Atlantics are celebrated concours veterans, with the whereabouts of the fourth still a mystery. It was used for motor shows and publicity before it became Jean Bugatti’s personal car for a while. It is believed that Chassis No. 57453 was then given to Bugatti racer Robert Benoist after winning the Le Mans 24 Hour in 1937. It was then gifted to another Bugatti racer, William Grover-Williams, before being returned to the factory in 1939 when he relocated to England.

Between 1939 and 1941 it is reported that a few Bugatti engineers drove the car, but officially speaking the vehicle never had any registered keepers. Bugatti states that it lost track of the car in 1938, but the last rumours of ‘La Voiture Noire’ was when its chassis number was changed to 57454 and sent to Bordeaux for safety from the war.

We still do not know what the fate of this Bugatti Type 57 SC Atlantic was. It could have boarded a ship before the Germans seized control of France, it might have been destroyed to be keept out of enemy hands, or it could still be tucked away in a barn somewhere. The latter possibility still has collectors scouring Europe for any trace of this elusive classic. Another possibility is that it could have been lost at sea while making its escape, thanks to the unrestricted nature of submarine warfare at the time.

It is a fascinating story featuring has a frustrating cliff-hanger ending that may never be resolved. Should La Voiture Noire be discovered, it is estimated that it could be worth over $100 million.