Third Time Lucky: How Not To Make Your Own Recreational Vehicle 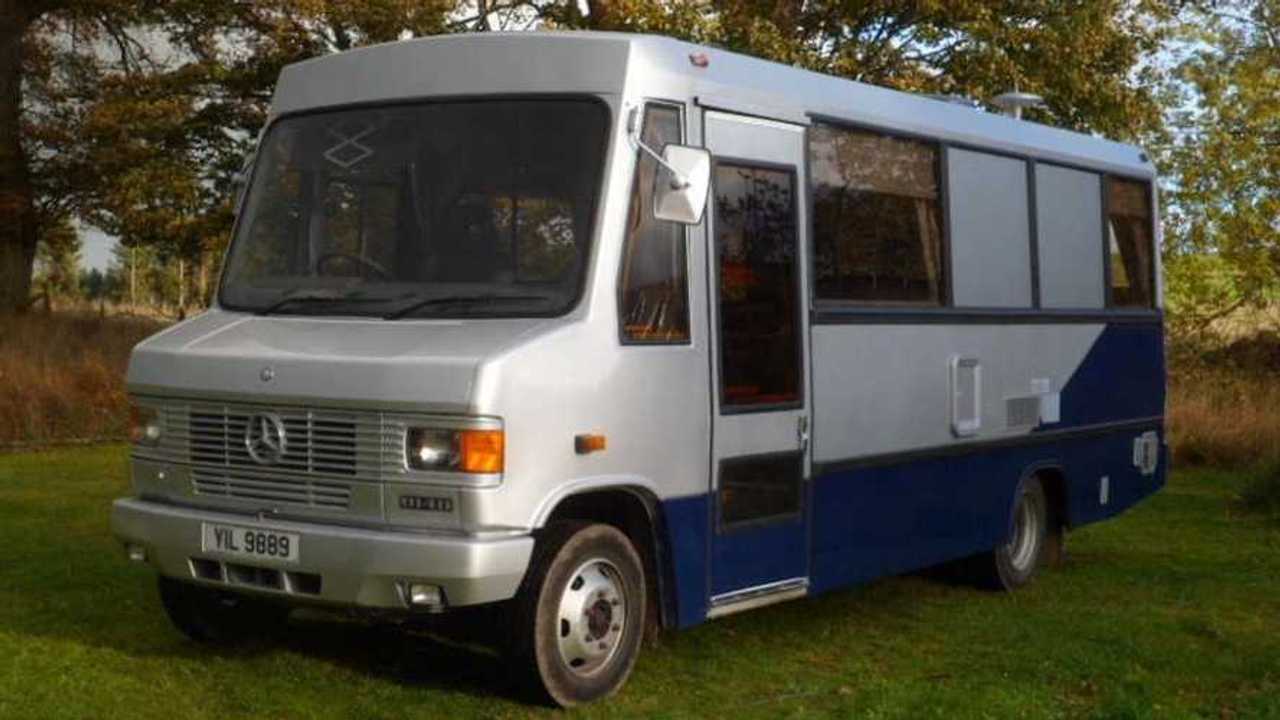 After two botched attempts at creating his own motorhome from clapped out trucks, Max accidentally bids on his dream home (on wheels) after one beer too many

After learning the ropes at a young age, I quickly became one of Britain's youngest bus drivers. Having just turned 18 years of age, my employment mandate including dropping Maureen off at the bingo and ensuring everyone departed the bus alive. A tough order for any teenager obsessed with handbrake turns.

Spending several years at the helm of Portsmouth’s public transport, my services were soon requested by the world of luxury travel. Undertaking continental work in executive tour coaches worth £250K, unlike other petrolheads of my generation, this embedded an appreciation for commercial vehicles into my DNA.

This lust for oily leviathans was further heightened by the family coach business, run by my Aunt and Father. Whereas most youngsters dreamed of Ferraris and Porsches, I spent my adolescence in a shed surrounded by Dennis and Volvo coaches. Sexy stuff.

With diesel coursing through the family veins, it wasn’t long before a deep-seated hankering for my own coach surfaced. There were plans to convert my bus into a quasi-Winnebago, but without the stroke-inducing price tag. It saved me from shipping something unseen across the world, too.

I wanted something different. Something unique. Something that rang true to my family heritage. Having negotiated with my Father, I found myself to be the owner of a 32-year-old Leyland Tiger 57 seater. It was ultimately ruined, with the gearbox screaming for death, but it was mine.

Two years of blood, sweat and lubricated tears swept by in my attempts to make this ludicrous dream a reality. The conclusion? I got to drive my pride and joy, with what felt like less than two horsepower left of the original 230, for one short journey to the scrap yard; where it has remained for the last five years.

It transpires that it’s somewhat important to have the body attached to the chassis when operating an 11 ton bus. My efforts appeared wasted. Well, you learn something new everyday. Quite the abject failure, then.

Undeterred, I then acquired yet another ridiculous vehicle during the summer of 2018. On my quest to convert something unsuitable into my future home, the family shed was suddenly filled with a Leyland Cruiser tractor unit. It had been parked in a hedge for twenty years and required all manner of TLC.

It didn’t start, nor did it run. Or do an awful lot other than suffer delusions of grandeur as a stately home to the small family of swallows who enjoyed ‘decorating’ its weather-beaten paint work.

As with my first motorhome project, it transpires that wheelbarrows of money and time are the recipe to get these projects on the open road. However, I did at least manage to make the 11.1-liter straight six beast fire into life after several months. I can’t claim all the credit for that, however. As a world-class engineer, my Father, gave huge amounts of assistance.

After a particularly cheeky test drive (on a private road, of course) my six month high was quashed. Although it worked, the engine smoked so much that one could actually disappear within the smog. Several squirrels fell out of various trees with crossed eyes.

I have largely accepted that various future health conditions are guaranteed after such an experience, although driving the truck I had grown up with was definitely my automotive highlight of 2018. Still no house with wheels, though.

This brings me rather haphazardly to 2019, where last week I found myself somewhere in North Scotland collecting something rather special. My first (working and road legal) home.

On a winter's evening in London’s Soho district, whilst enjoying my eighth accidental bottle of beer trying to find a supermarket, I received a link for a bus on eBay from my Father. A few ill-advised shots of tequila later and I had bid on it rather aggressively.

Waking up the following day to find said bus in my checkout was certainly unusual, and demonstrated quite clearly how the subtle nuances of education had paid off – for I had bought a vehicle that doubles as my first house for £11,850 ($15k/€14k).

Unlike its forefathers that I failed with spectacularly, this latest purchase was infinitely more appropriate for my blue-sky thinking. My Father regularly sends me links to vehicles across the internet, and having just landed some time in which to travel remotely, an old dream was re-ignited; time to take this party to the streets of, well… wherever I fancy.

The vehicle in question was owned by a Scottish gentleman, who had purchased the vehicle in which to tour Europe with his wife and beloved UR Quattro in tow. We would like to imagine that only the car travelled on the trailer…

The gentleman bought a caravan and stripped the innards to install within the bus, and he did so with unequivocal perfection. It feels like a factory level fit and finish. Sadly, due to ill health, he couldn’t fulfill his dreams, which is where I step in to try and do this spectacular vehicle justice. Ladies and Gentlemen, may I present to you, my 1996 Mercedes T2 814D. It’s big. It’s bold. And it’s mine!

In Europe, most will recognize this beast as one of the most indestructible commercial vehicles ever made, and a descendant of the irreplaceable first generation T2. My particular example comes complete with the most powerful engine of the bunch, although I am particularly unsure of the 134hp claim.

If any of you have ever come into close proximity with a T2, you will be all too familiar with two major character traits; the absolute gem of a gearbox fondly dubbed the ‘dog leg’, thanks to its lack of ratio in the typical first position, with first gear instead being tucked where second would usually be, and all following ratios being pushed back a space in the queue. Do we know why they did this? Absolutely not. But boy is it pointlessly cool.

The second character trait is the unmistakable clatter and bark of an OM364 engine. Driving any Mercedes commercial vehicle of this era presents you with this joyous beating heart, positioned next to your knee as a rather unique leg warming device. It’s also loud enough to make you feel like you’re inside the engine itself. Very novel indeed. Who needs a radio when you have tinnitus?

The clutch requires a good dose of enthusiasm to depress, and the gearbox too, with an arm movement so prolonged it looks like you’re bowling in reverse. A great stretch routine, however.

Having arrived in Aberdeen on Valentine’s Day, I celebrated the single life by wining and dining myself before putting my head down for the night; the following two days would be quite the adventure. A tasting selection, if you will, of what life might look like for me a few months down the proverbial road. But you’ll need to wait until next week to find out if it all went to plan.

Gallery: The story of our Mercedes RV