Why The Ur-Quattro Remains Such An Important Modern Classic 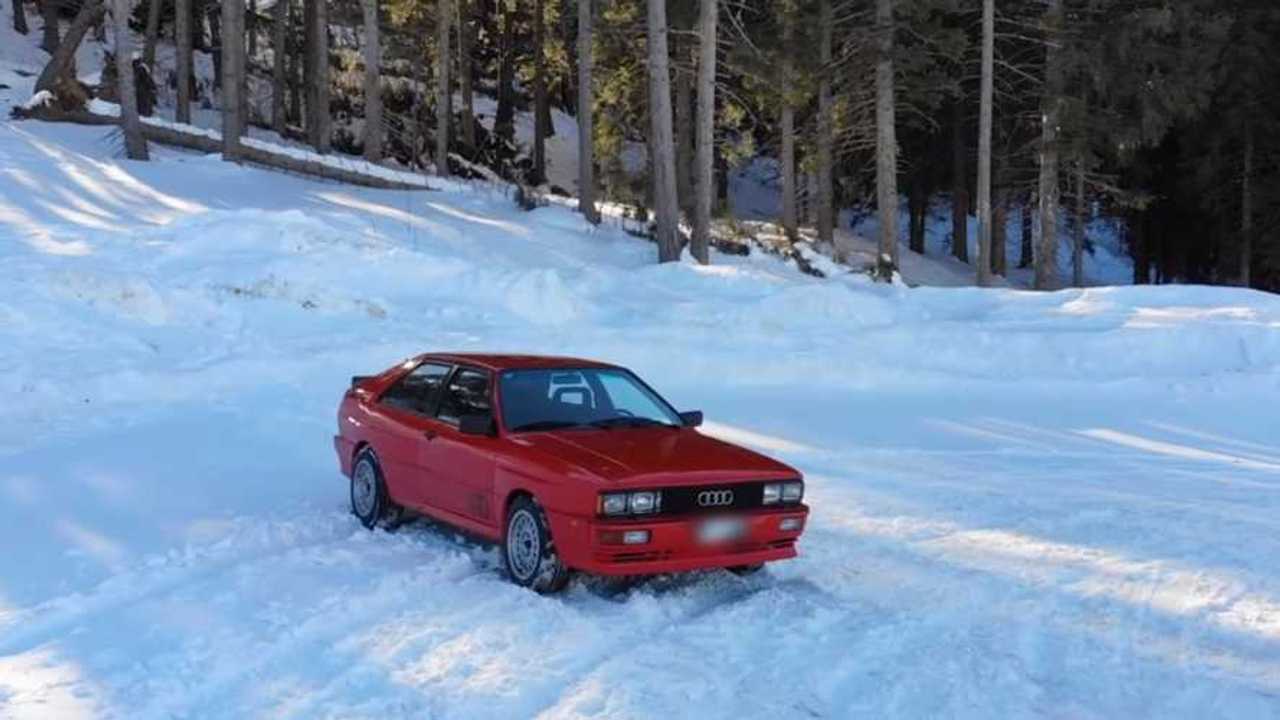 Brought to life by none other than Porsche’s grandson, the Ur-Quattro is far more than just a rally icon

The Audi Ur-Quattro boasts status as an icon. One of those cars that gets under your skin. It's lived the automotive dream; changing the landscape of car design for all to see, and doing so with a sound that can bring nostalgic tears to rose-tinted glasses.

The looks, the quintessentially 1980s flared arches and über-aggressive stance radiates sheer dominance among its peers, whereas interior styling screams of cool. The result of all this? A proud lineage responsible for some of the most iconic automotive sleepers we've ever encountered.

The RS series that followed the Ur-Quattro claims enough provenance to craft an unrivalled dynasty of mechanical prowess. These cars can get you from A to B, even if B is 1000 miles away over the roughest of roads, and leave you feeling more-than refreshed upon arrival. As a bonus, because of the badge, you apparently don't need to use indicators, either.

As we all know, the Quattro is credited with introducing an AWD system now employed by all-manner of contemporary vehicles. The Diablo, GTR and Veyron all raided the VAG parts bin. Would these groundbreaking machines even exist were it not for the Quattro? Things get even spicier if we look back at how all this awesomeness began in the late 1970s.

When Ferdinand Piëch saddled up at the top of Audi, he had already laid the groundworks for becoming one of the world’s most influential automotive titans. Having just designed the world’s most reliable diesel, the OM607 five-cylinder for Mercedes-Benz (remember the number five), he then rubbed his palms together and set out to get Audi a World Rally Championship title off the back of the Le Mans-winning Porsche 917. Yes, that was him too.

With 2.2 litres and ten valves split across five cylinders, and a whacking great turbo strapped to its chest, the Ur-Quattro developed 200-horsepower to begin with. Then, with some clever work to overhead cams and ten further valves, it ended its 11-year production with 217hp.

The little grand tourer was an absolute beast, and in good old '80s fashion of turbocharged power delivery, enjoyed sucker punching you in the face after gentle acceleration up to 3500rpm. We implore you to simply listen to the magic in YouTuber Marchettino’s video here:

Although the Quattro's merits within the WRC remains well documented, alongside the unilateral demise of RWD cars across the entire championship, less is known about the platform's short comings.

Having such a throaty engine protrude beyond the front axle resulted in poor weight distribution. Although, that said, it apparently doesn’t matter as the results and industry-wide changes speak for themselves. If we’re being realistic, these questionable design elements only hindered the mighty Quattro on dry tarmac stages, and that’s not really what the WRC is all about, is it?

Back in the production car, Marchinetto’s example is the perfect specification, the Holy Grail if you will. A rarer first-generation model with the ten-valve head and analogue dashboard, along with what has to be the best color and trim specification for a Ur-Quattro; Mars Red and that jazzy interior that simply has to be an iconic shade of brown and green. It's the law.

This particular combination is also favorited as it's identical to that of the famous car used as Philip Glenister's whip in British drama Ashes to Ashes.

How better to conclude than sit back, listen to the creamy burble of the five pot Audi as it drifted around South London to the soundtrack of The Human League? Our case is rested; fire up the Quattro.