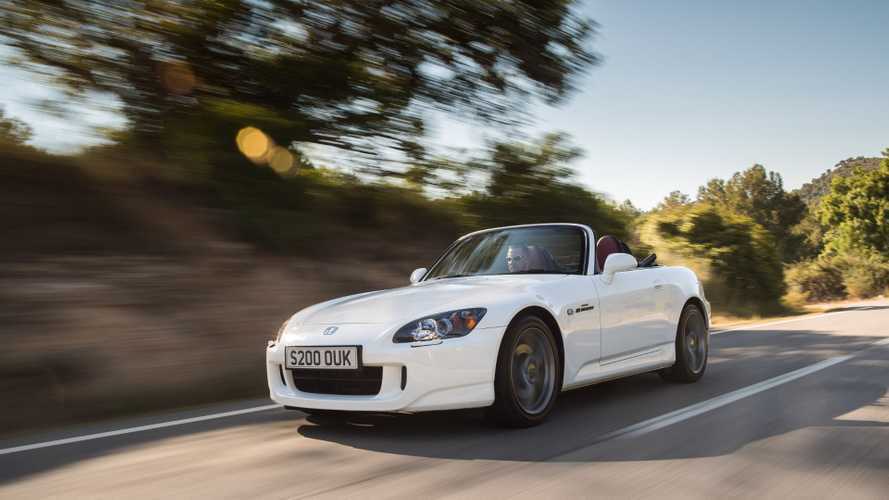 The much loved Honda S2000 turns 20 in 2019. We took the keys to one of the very last cars built to celebrate the VTEC-powered sports car

With fleeting sunny spells hinting that summer is on its way, it doesn’t take much to find yourself perusing the classifieds for some alfresco motoring. While Mazda MX-5s are a good staple, and Toyota MR2’s a tempting mid-engined proposition, Honda S2000’s remain a cult favourite that today demand similar prices to early Porsche Boxsters. So what is it that makes this Japanese drop-top such a tempting buy?

Celebrating its own 20th anniversary this year, the S2000 model served as a 50th birthday gift from Honda, to Honda. Harking back to the marque’s S-series models in the 1960s, this quietly-styled sports car featured a 50:50 weight distribution, and a now legendary 2.0-liter VTEC engine capable of screaming to 9,000rpm. The S2000 made rivals such as the BMW Z3 and Audi TT look about as interesting as a cinderblock.

This Honda S2000 isn’t just any example of the two-seat sports car, oh no… It’s a rare Edition 100, one of the last 100 cars to leave the factory. It shares the same long hood, bulging front arches, and raked profile as its siblings, but features a few subtle changes to set it apart. Unique to this special edition are Graphite five-spoke alloy wheels, black badging, and the same white shade used on the historic RA272 Grand Prix winning racer of 1965. Electric folding fabric roof up or down, it’s a wonderfully well proportioned machine to look at.

For a reasonably long sports car, the interior is actually quite a snug fit as you lower yourself into the red leather seats. The central console is high and your legs are channeled into the footwell, resulting in a feeling of somewhat being plumbed into the chassis. It’s typical Honda in here, meaning that the switchgear is sensibly laid out and every button prod is accompanied by a feeling of durability. However, you can only stare at a blank instrument cluster for so long.

Push the starter button and the Knight Rider-inspired displays come to life. A horizontal rev counter illuminates and the digital speedometer flashes into action to the sound of ignition. At low speeds the S2000 is perfectly affable day-to-day, with meaningful but not overly heavy control weights and respectable visibility. This isn’t some weekend toy, you could genuinely live with this car just like any other Honda.

However, this sports car comes to life when presented with an intricate ribbon of Tarmac. Gripping the wheel and accelerating hard proceeds as follows: chirp of the rear tires, reasonable build of acceleration, then at around 6000rpm all hell breaks loose! At this point the mediocre journey to your next shift changes dramatically as the F20C VTEC engine changes its cam profile. There’s a physical jolt as the engine comes on song and starts to deliver its peak power and torque —but there’s still some time to go before you need snatch at that aluminium gear lever.

The engine’s pitch dramatically increases as the rev counter punches through the 7500rpm barrier. Resist the urge to change up, and this crazy rollercoaster just gets more and more intense until you relent at near 9000rpm and finally surrender to another gear. The whole experience will leave you whooping and hollering to yourself in a beautifully childish manner. This intoxicating VTEC experience is exactly what owners of this era’s Type R models will relentlessly tell you about, quite rightly too.

Obviously, with this car only delivering its punchy performance in the upper stratosphere of the rev range, the aim of the game is to keep the needle there. You need to work the short-throw six-speed manual gearbox hard to get the best out of the S2000, but that’s very much part of what makes it such an involving car to drive.

That engine might be the headline act, but its far from the only star of the show as the S2000’s chassis is also something of a masterpiece. The Edition 100 is based upon later Suzuka-built AP1 Facelift/AP2 cars featuring reworked suspension. Early cars were prone to snappy bouts of oversteer, hence why a quick Google search will reveal many to be parked up against a tree, and so these changes boosted stability. Through tight bends the nose is still a willing playmate to every apex, but there’s certainly an increase in composure at the rear.

The wonderfully quick steering combines with the agile chassis to form a truly enthusiastic drive. While it might be lacking in initial feedback through the wheel, the adjustability of the car via the throttle through a bend is exactly what a rear-wheel drive sports car is all about. Its brake pedal is nice and firm, making those ventilated disc brakes a precise tool in your arsenal.

The Honda S2000 is not a car suited to all tastes. Some will want a sports car with more style, others with greater flexibility, or a more comfortable cabin, but very few offer the soul-stirring theatre of this Honda. And the best part? You know that while you’re revving the nuts off and enjoying every rpm this car has to give, you’ll rest safe in the knowledge that it will be ready to do the same again tomorrow thanks to Honda’s reputation for bulletproof reliability.

While there’s still no news of a modern-day encore for the S2000, snap up a well looked after example while you can. You won’t regret it.