The Lotus Exige Sport 410 Proves That Less Is More 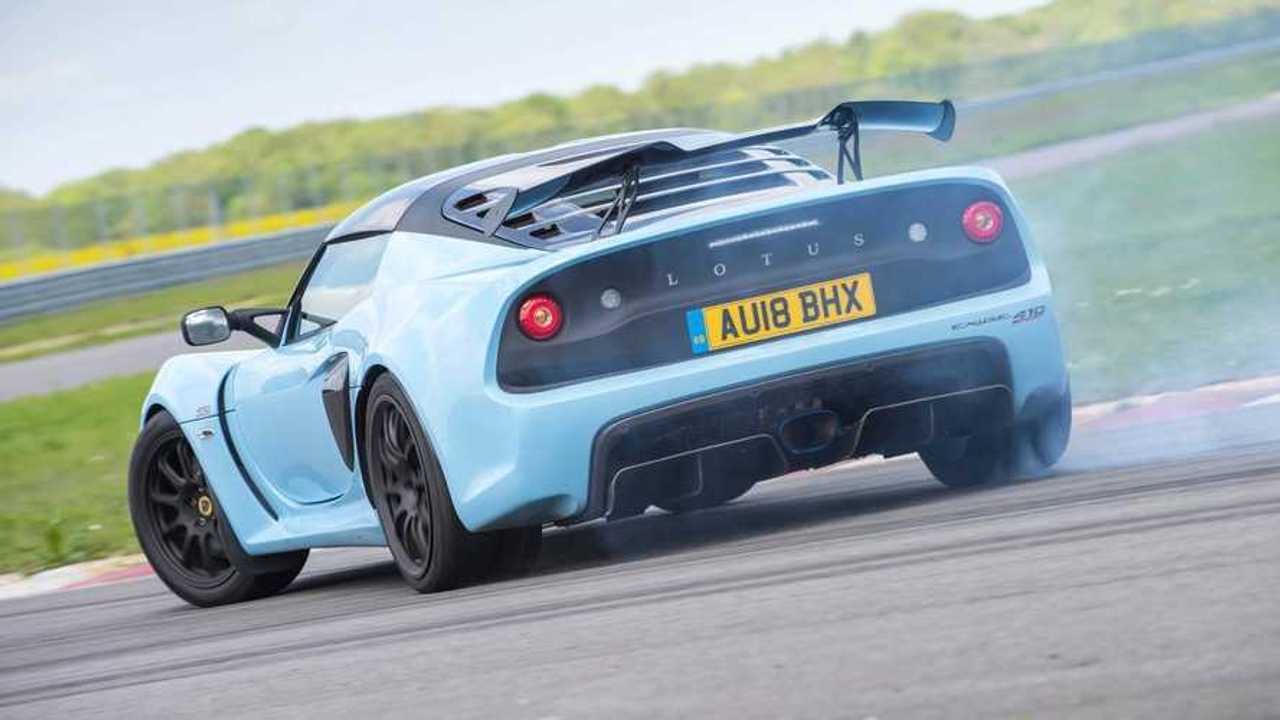 The thrill of driving isn't about how many settings your heated seat has. This Lotus Exige Sport 410 is a sports car that delivers pure excitement behind the wheel

In the same way that cellphones do so much more than make a call, cars are ladened with gadgets and gizmos that make them capable of more than just transportation. Heated seats warm your bottom, flashy infotainment displays deliver media from every corner of the globe, some will also charge your smartphone without a cable — witchcraft! This is all fantastic, and certainly good news for those of us who spend painful hours in traffic jams each day, but all of this lavish tech does detract from a car’s primary function… Driving.

Meet the Lotus Exige Sport 410, a machine that doesn’t have massaging lumbar support or over 100 sports channels available from the dashboard. In fact, it doesn’t even have very much carpet and features a radio you could probably buy from your local Walmart. Why? Because Lotus believes less is more, and in 2019 where most ‘performance’ cars have become bloated limousines, this Exige serves as something of an automotive awakening.

Lotus’ lightweight ethos has spanned over seven decades now, and has served its sports cars very well indeed. This lack of bulk makes them just about the most nimble thing this side of a mosquito, capable of outrunning cars with double its power on twisting country roads. This Exige maintains that featherweight DNA, tipping the scales at just 1,108kg, thanks to its carbon fiber trinkets.

Power comes courtesy of a supercharged 3.5-liter V6 engine, which is mounted in the middle of the sports car for optimum weight distribution. 410-horsepower and very little mass to lug around means that the Sport 410 will happily embarrass a 717-hp Dodge Challenger SRT Hellcat from 0-60 miles per hour. However, the Exige isn’t really about standing quarter miles or achieving relatively meaningless top speeds. This car struts its stuff when the going gets twisty, and to demonstrate this we have procured a baby blue Exige Sport 410 and access to Lotus’ challenging development test track.

Crouched low to the Tarmac like an insect clinging to a wall, the petite Exige makes no attempt to hide its supercar shaming credentials. That vacuum-packed bodywork grasps its lightweight skeleton to highlight how nothing you see on this car is ‘just for show’. Its louvered carbon deck lid leas to a rake rear wing that’s primed to push its almost slick tires into the ground.

Clambering over the high sills and into this Lotus is far from dignified, but as you’re cradled by its Alcantara sports seats that weigh just 6kg each, you can admire how spartan the cabin is. There is some trim and neat stitching about the place, but it’s essentially you, a set of pedals, steering wheel, and an awesome gear lever with exposed linkages.

Fire the V6 engine into life, and the car begins to buzz and vibrate as if excited to be on the move once again. A lack of power steering will be an amusing throwback to some, but once the car is in motion this isn’t a problem.

The purity of this machine can be experience the moment you exit the pit lane thanks to a wonderfully linear power delivery from that whining supercharged engine. A surge of torque predictably builds, as does the raucous exhaust note that narrates acceleration before you snatch another gear. It’s a serious quick car out of the blocks that equals the thrill of any six-figure supercar.

There is a beautiful tactility to this Lotus’ controls with the resistance from the pedals and steering making it very easy to be precise with inputs. It only takes a couple of laps for your thought process and the car’s response through a bend to become almost synchronised. It’s a lack of dilution that comes to define the Sport 410 experience, with every detail the road surface has to offer being relayed to your hands and backside without delay. This transparency between man and machine enables you to really exploit what this chassis has to offer.

Quick left-right chicanes are assassinated without mercy thanks to the cars agility and exceptional grip from its Michelin Cup 2 tires. If you’re feeling daring and want to challenge the car’s limit of adhesion, a generous prod of the throttle at the optimum moment can send the Exige into a glorious tire-smoking slide. However, be warned as mid-engine cars — particularly ones with a short wheelbase — transition into a slide very quickly. Thankfully the Exige’s rapid response to inputs and its overall poise makes BBQing the rear rubber a worryingly addictive thing to do.

It's not long after the turning the ignition off and the final revs dying away that you come to a realization. This Lotus is the thrill of driving distilled into one of its purest forms. It exists to remind us that while our highway commutes are dull and stop-start traffic is tedious, there is still plenty of joy to be had behind the wheel today. In many ways we’ve become too insulated from actually driving our cars to enjoy what they have to offer. It’s an epidemic, one that the Lotus Exige Sport 410 is fighting — and to great effect!