Ferrari P4/5: The Prancing Horse Not Made By Ferrari 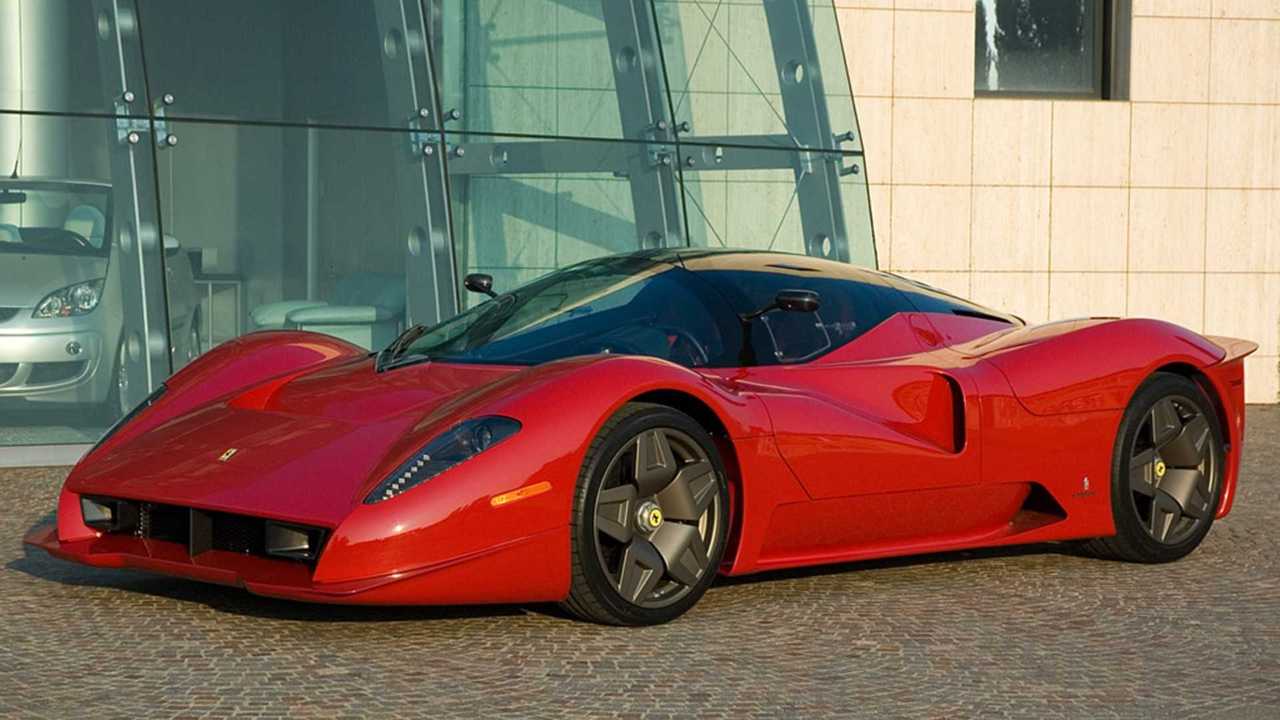 It was so good that Ferrari gave it a badge, but the P4/5 was actually a project by Pininfarina and movie producer Jim Glickenhaus

The power of the Ferrari brand can be demonstrated by asking anybody, car geek or not, one simple question: ‘Name the first red car that comes to mind…’ Everyone says Ferrari, and that’s largely due to the historic manufacturer becoming a symbol of performance motoring around the globe over the past seven decades. The Prancing Horse has created some truly incredible cars, but one of its greatest wasn’t actually built by Ferrari itself.

Famed Italian design house, Pininfarina, has penned many of Ferrari’s greatest cars, but during the early 2000s, it wanted to exercise a bit more freedom than a series production Ferrari allows for. The Italian firm cast its net for a wealthy individual who would commission a one-off supercar of which would be developed in-house by Pininfarina. American film producer, Jim Glickenhaus, is a huge car enthusiast with some mighty rare machines in his private collection. He was a natural fit for the project, and soon a team was assembled to begin work.

The project was essentially a blank canvas of which Mr. Glickenhaus could be a big part of influencing. Pininfarina started by asking Jim for some inspiration for the new car, to which he replied by sending his Daytona 24 winning Ferrari P3/4 to the studio in Italy. The curvaceous profile of the historic Ferrari heavily influenced initial sketches, but the design could go no further until the basis of its underpinnings were decided on.

Jim decided he wanted to base the car on the Enzo, Ferrari’s iconic halo model of the era. He bought the last unsold Ferrari Enzo and had it shipped to Pininfarina where engineers were waiting. Initially, the world recoiled at the news that this rare car was being butchered, but slowly, the grand plan for this donor was revealed. The Enzo was not simply being restyled, but reengineered to improve upon the car Ferrari had already agonized over. Wider tires were fitted to help combat understeer, the suspension was totally reworked, reprogrammed Traction Control, and a general improvement of the car’s ergonomics were carried out.

At the 2006 Pebble Beach Concours d’Elégance, the Pininfarina P4/5 was revealed to the world. Its sculpted body harked back to the era of 1960s endurance racers, but somehow its intricate detailing made this design appear modern and forward thinking. The V12 supercar is dominated by a glass bubble canopy that gently melts into the rear haunches. Another intreating part of the design is the periscopic exhaust exits mounted on the rear deck lid that are similar to those found on Ferrari F1 cars of the period.

When then Ferrari chairman, Luca di Montezemolo, saw the car, he was so impressed that he proclaimed that the P4/5 should officially become a Ferrari. The one-off supercar received its Scuderia shields, and became known as the Ferrari P4/5 by Pininfarina. The car took centerstage at the Paris Motor Show later in 2006.

Jim Glickenhaus has proudly driven his bespoke Ferrari at events such as the Targa Florio, but also simply to get dinner in Paris. Despite the car’s reported $4 million development cost, it is used as any supercar should be, and does not live life as a very costly trailer queen.

Glickenhaus wanted to take the P4/5 racing, but there were two obstacles in his way. Firstly, the Enzo’s V12 was far too thirsty for endurance racing, but another hurdle was that Ferrari didn’t want the car racing under its name. The engineering issues were solved by basing the P4/5 Competizione racer on a track variant of the Ferrari F430 with its V8 engine. However, the latter Ferrari problem would plague the racing efforts.

Ferrari distanced itself from the racing car, leading to Jim branding it the Scuderia Cameron Glickenhaus P4/5 Competizione. However, a slightly spiteful move by the Italian marque was to also refuse a supply of any official spare parts to Glickenhaus. Sadly, the P4/5 Competizione caught fire at its first Nurburgring 24 Hours race in 2011, however, the following year it won its class and came 12th overall. The seemly cruel move by Ferrari not to supply parts eventually lead Jim and the team to develop its own bespoke racers such as the SCG003.

The Ferrari P4/5 by Pinifarina story might have ended with a political fight in the motorsport arena, but the road car remains one fo the most beautiful modern-day Ferraris ever made.