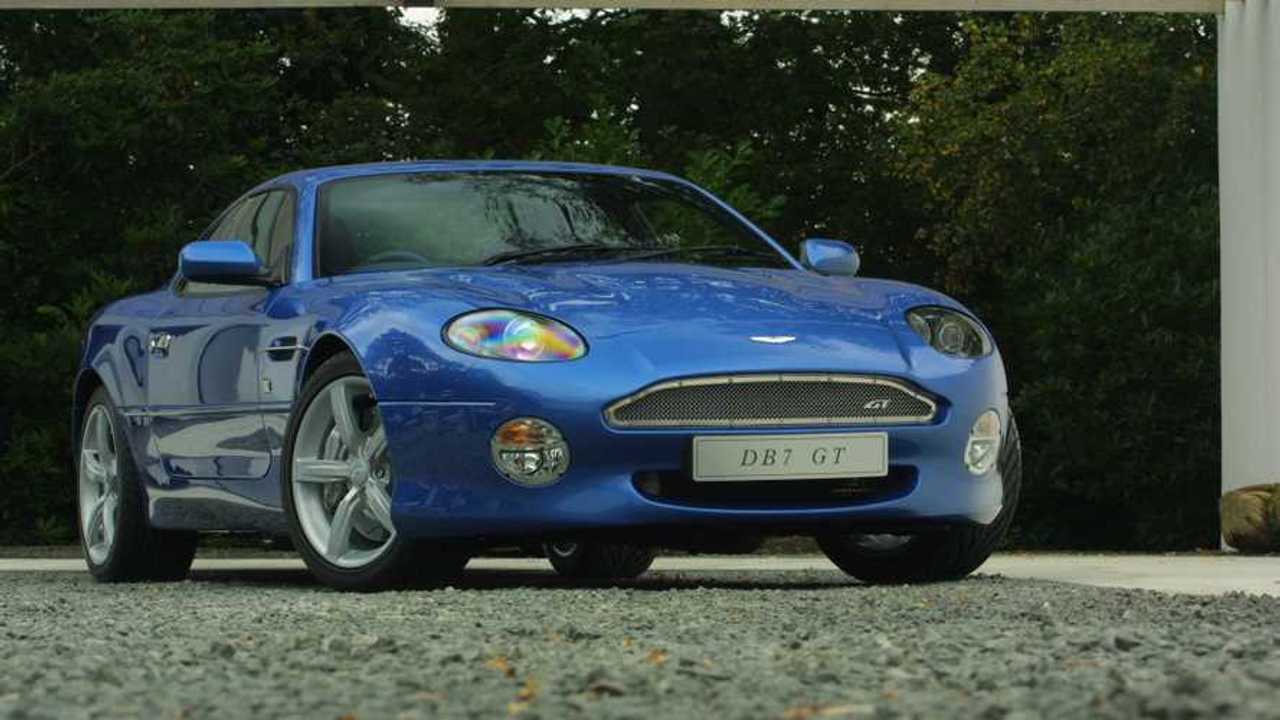 The Aston Martin DB7 is 25 years-old in 2019, but the design was originally destined for a Jaguar sports car

Aston Martin produces some of the most desirable cars in the world, thanks to beautiful design, luxurious materials, and great engineering. While the British marque had a reputation for excellence, it also had a reputation for financial problems and struggling to turn a profit. Things needed to change during the late 1980s if Aston Martin had any hope of continuing its proud history into the future. That change came in the form of the DB7 — partly thanks to Jaguar.

Now 25 years old, the Aston Martin DB7 is credited as being the car that saved the company, thanks to over 7,000 profitable sales. In 1988 Ford bought 75-percent of Aston Martin, shortly followed by a controlling stake in Jaguar, with the aim of creating a sustainable business plan for both historic British marques. By pooling resources and using the manufacturing connections of Ford, each brand would create vehicles that shared common components, but remain distinctive.

Jaguar was busy working on its new sports car called the XX (latterly XJ41/42 and F-Type), a handsome coupé and convertible to pick up from where the E-Type left off. This car had actually been in the works since 1982, but delays had forced Jag to heavily revise the design in order to remain competitive. When Ford bought Jaguar in 1989, it decided that the company should focus on more pressing matters than the over-budget XJ40-based prototype sports car.

The design was outsourced to Tom Wilkinshaw Racing (TWR), which tasked designer Ian Callum with redesigning the XX project to fit a thoroughly revised Jaguar XJS platform — a problem as the XJS was a considerably smaller car than what the XX / F-Type prototype had become. As the new design moved further away from the original, Jaguar became less enthusiastic and eventually canceled the project. So what did TWR do with their work in progress? They offered it up to Aston Martin, which was in need of a higher volume car to increase profitability.

Ian Callum evolved the Jaguar into what became the handsome DB7. Rare glimpses of late Jaguar XX design models reveal the final DB7 to be very close to what was originally destined for Jaguar. The now Aston Martin did receive significantly reworked front and rear facias to incorporate traditional styling traits of the brand. Think of it as a TWR design that Jaguar was a little arrogant to reject, but that Aston were very grateful for.

In an interview with Top Gear Ian remarked, "The car evolved to a point as a Jaguar, but met with resistance from the Jag boys. And I could understand that they felt uncomfortable about an outsider changing their design, because change it I did."

Jaguar’s loss was very much Aston Martin’s gain with the car becoming the star of the Geneva Motor Show, where it debuted in 1993. The 1994 supercharged V6 coupé, and accompanying 1996 Volante convertible, proved popular with their brisk performance and sumptuous cabins. However, it was the introduction of the 5.9-liter naturally aspirated V12 engine in 1999 that really earned the DB7 its acclaimed GT reputation. 414-horsepower and 400 lb-ft of torque made driving the Aston absolutely effortless, regardless of which gear you were in. A new top speed of 184 mph also gave it the credentials to be compared with other exotic GT cars from Europe.

There were several noteworthy incarnations of the DB7 such as the GT model in 2002, but the rekindling of a partnership in 2003 saw the DB7 Zagato come into being. This Italian-designed limited edition numbered just 100 examples, and harked back to the DB4 Zagato of the early 1960s. The DB AR1 was another DB7 based Zagato, this time a Volante, destined for the American market. It was slightly rarer than the coupé with 99 units built.

A quarter of century on, the Aston Martin DB7 remains a landmark car for the British brand, a missed opportunity for Jaguar, and a career defining design for Ian Callum.