How To Buy The Perfect Range Rover Classic 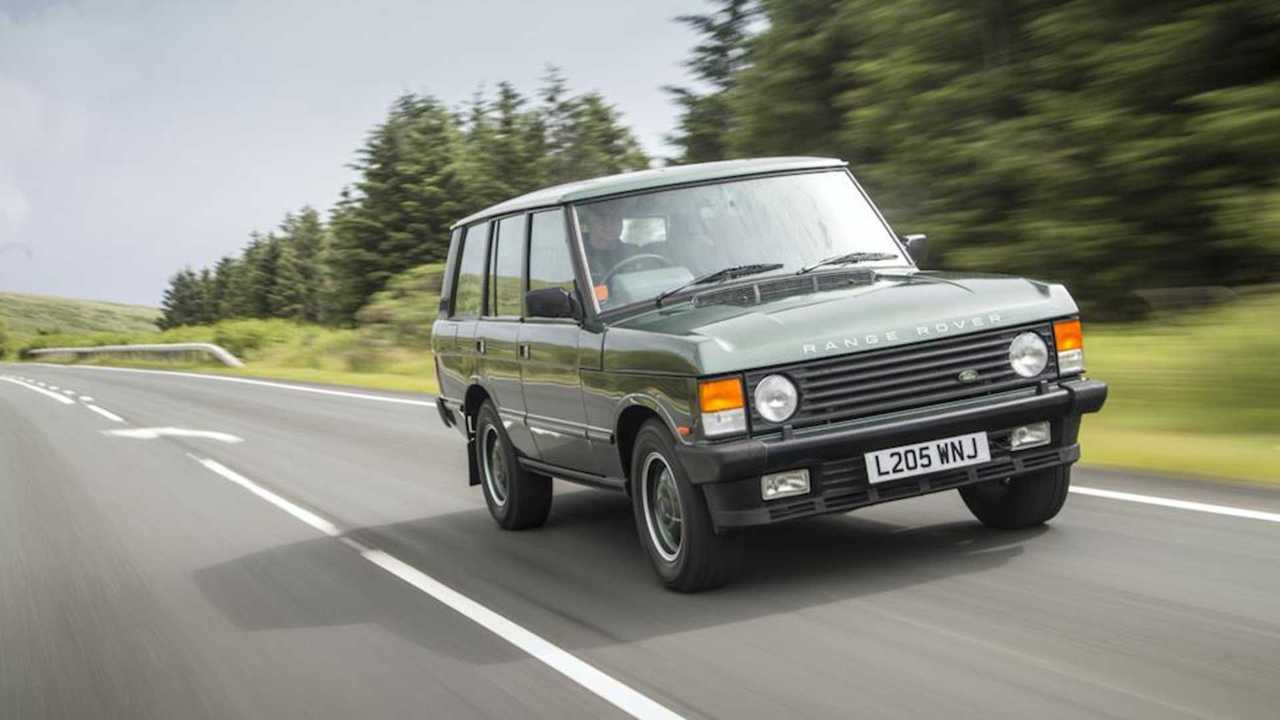 Price are going wild! But are there any bargains left? And if there are, how do you find one? Here are the answers...

The Range Rover is generally regarded as the world’s first truly luxurious SUV. Jeep Cherokee and Wagoneer fans might beg to differ, while the earliest Range Rovers were far more utilitarian than plush, but there’s no denying that this timeless Land Rover created a template for all to follow.

When it arrived in 1970, the Range Rover was aimed at gentleman farmers who wanted something as capable on the road as off it, with which they could tow, transport the family or travel long distances. The Range Rover provided a perfect solution with its generous ground clearance, permanent four-wheel drive and torquey 3.5-litre V8.

Now that the original Range Rover is firmly established as a very desirable classic, these cars rarely venture off road. The earliest cars (with two doors) are the most collectible and these rarely get used at all. Their loss, as when it comes to stylish transport, few cars can beat the Range Rover Classic.

With the V8 engine fitted exclusively until 1986, oil changes at least every 6000 miles are the key to a long life. Without these the camshaft wears rapidly, so if things sound very tappety, especially when the engine is cold, expect a big bill soon. Don’t worry too much about low oil pressure as the gauge fitted to pre-1984 cars is notoriously inaccurate; the engine will work quite happily with low oil pressure anyway. The V8’s alloy cylinder heads corrode internally if anti-freeze levels aren’t maintained while 3.9-litre engines can suffer from premature rocker wear and porous blocks.

Fuel-injected Range Rovers often suffer from starting problems, erratic running and misfiring because of ECU or airflow meter glitches. The fuel filter (on the nearside inner wing) is sometimes removed, which leads to the fuel system getting clogged up.

The VM turbodiesel engine is torquey but unrefined. The most common problem is blown head gaskets and there are four of them thanks to the engine’s modular construction. All four must be replaced for a long-lasting repair – or fitting a 200 TDi engine is a better option. That’s what Land Rover eventually resorted to.

The 200 TDi and 300 TDi engines are much better in every way than the VM units, but they must have a fresh timing belt every 60,000 miles. If this fails the engine will be wrecked. The oil must also be replaced every 6000 miles or the turbocharger’s bearings will be ruined.

The four-speed gearbox tends to whine, so don't expect silence. However, if one gear is even noisier than the rest it’s likely that there’s a rebuild on the horizon.

Off-roading can damage any of the three differentials, so look for cracks and oil leaks from the casings. Even when in good condition there tends to be slack in the transmission.

Try the car in both high and low ratio. Switching between the two uses a vacuum-operated system that can be slow to engage – especially if the car hasn’t been switched between the two for a while (if ever).

Steering box oil leaks are par for the course, which means an MoT failure; replacement seals will fix things for a while. Any stiffness will be down to seized universal joints in the column (easily fixed) and if the steering feels particularly vague it should just need adjusting – as long as there’s some adjustment left. Cars used sparingly can suffer from the swivel balls corroding and leaking, and fitting new ones is the only fix, but it’s not an expensive one.

Right from the beginning the Range Rover got self-levelling suspension and it’s very effective – as long as it’s working. Between the chassis and axle is a Boge Nivomat strut, which can fail and it’s not cheap to replace – although it’s not outrageously expensive either. Some owners opt for stiffer springs instead, spoiling the ride quality, which is one of the many brilliant things about the Classic.

Check for rust around the front damper mounting flanges and see if the suspension bushes are on their last legs – they’re easy enough to replace though. More tricky is corroded mountings for the rear shock absorbers, which are retained by a split pin that allows movement, leading to wear.

The handbrake works on the rear output shaft of the transfer gearbox, and if it’s used to slow the car it can damage a halfshaft, propshaft or the brake shoes.

Corrosion in the tough ladder frame chassis is unusual, but if there is any it will be over the rear crossmember. If there’s significant rust over the rear wheels the bodyshell will have to be removed to effect proper repairs. There’s also a bracket just above the rear springs, which holds the bodyshell in place. This rusts away leaving the body resting on the chassis, which damages the car's structural integrity.

The aluminium outer panels get damaged easily and they corrode, especially where the alloy meets the steel structural panels. Focus on the area where the front wings meet the inner panels, the bottom of each door and wing. Post-1985 cars have aluminium panels bolted to a steel frame, so check for corrosion in the front footwells, sills and the rear floor around the wheelarches. Pre-85 examples were crafted from lesser steel, rusting far quicker and far more aggressively. Exposed hinges and panel gaps must be investigated, as these can indicate the health of the concealed metal areas.

Next home in on the door hinge mounts on the A-pillars. Rot here is common, while the heavy doors of two-door cars tend to strain the hinges and A-posts. Once the doors start to sag you're looking at repairs to the sills and A-post, which is not going to be cheap. Also expect rust in the steel bonnet; glassfibre replacements are available.

Rust in the upper half of the tailgate is common; check the seams and bottom corners. Post-1984 lower tailgates last well but those on earlier cars are water soluble and as with the top section, replacement rather than repair is the only option. Make sure the locks on the top-half of the tail gate are not seized open, as this can result in the rear window becoming a large spoiler.

The sills are structural so must be in good condition, but they’re often not. Fuel tanks rot too, and if you find a Monteverdi four-door Range Rover just bear in mind that the converted bodywork was all bespoke, so repairs have to be fabricated from scratch.

The seats were trimmed in PVC until 1974 when cloth trim generally took over; leather arrived in 1988, as an option. The PVC splits and repairs are tricky if not impossible, which is why most cars are now trimmed in leather or cloth. Headlinings separate from the retaining panel, with replacement the only solution.

Early Range Rovers have very simple electrics, with just three fuses in the fusebox plus another in the wiring loom. However, any Range Rover can suffer from the wiring loom going brittle in the engine bay because of the heat. If the car has a tow bar fitted, see how well the electrics have been spliced into.

How a Range Rover is used will have a big effect on its condition and durability. Most of these cars are now used sparingly and even then, only on-road. But if you find a car that’s been used in an off-road environment, the suspension, steering and brakes are much more likely to be worn out.

All Range Rover Classics have a big following, with the first year of production especially sought after. However, all two-door cars are desirable, while later four-door cars loaded with kit, in very good condition and with a low mileage will also fetch big money.

Of the later Range Rovers, those with the 3.9-litre engine are seen as the sweet spot as the engine is reliable, smooth and torquey – the 4.2 and 4.6-litre V8s aren’t as long-lived. The Chrysler-supplied three-speed auto is also a very good transmission, but the four-speed ZF unit that came later is even better. The manual gearbox is nice enough to use but most buyers want an auto as it suits the Range Rover’s relaxed nature. And when it comes to cars that are relaxing to drive, few are more so than the Range Rover.